They inaugurated Raudnitz’s house in Hlubočepy. He will soon welcome the first tenants from the seniors

Photo: CSOP Prague 5 (same as pictures in the article)

PHOTO GALLERY “Quality living plays the most important role in the stages of each of our lives. Since childhood, we have been surrounded, motivated and influenced by the environment in which we live. In adulthood, we create conditions for our lifestyle and design. With this imprint, which we are equipped with from our youth, we like to enrich our partner or family life and thus sell our housing and cohabitation, “says Councilor JUDr. Petr Lachnit.

And it is only in the post-productive age that we often become aware of and appreciate the oasis of peace and security, the foreign exchange of housing, of course, if we are lucky and live well. Thus, the housing cycle also has its order and the time in it is relatively relentless. Therefore, the phenomenon of housing becomes a key need, especially at the age when the first health problems are heard, there is a risk of self-sufficiency or a feeling of loneliness, loss of life partner, family deficit, and the solution of apartment accessibility also plays an important role. At that time, we are looking for a sense of security, support and the need for social inclusion, and another need for a good, supportive neighborhood.

The city district of Prague 5 in cooperation with the Center for Social and Nursing Assistance Prague 5, after (hereinafter referred to as CSOP) already in 2014 acquired and gradually reconstructed one of the most beautiful houses right in the center of Smíchov, near Arbesova náměstí in Zubatého street 10. This house is used for comfortable senior living with an offer of care and other support services. Flats integrated in apartment buildings in Prague 5 were gradually integrated into the senior housing system. 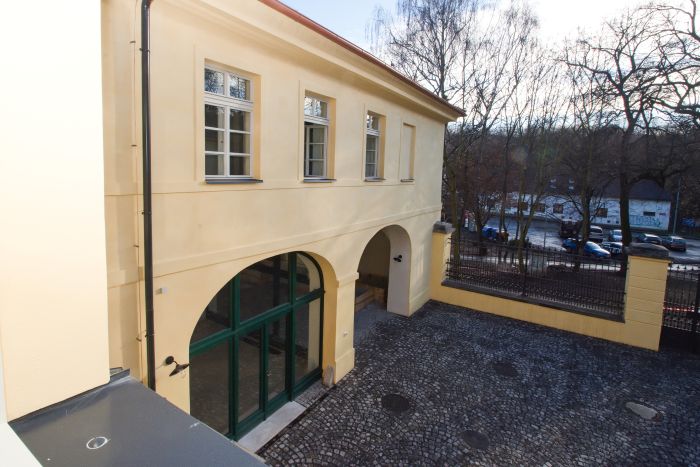 Special purpose flats do not replace hospital facilities or residential social services (eg a home for the elderly or a home with a special regime). On the contrary, they provide independent living with the support of care services, so that seniors can stay in their natural home environment for as long as possible, which makes positive use of their quality of life. Seniors, if their health and personal situation allows it, prefer independent living with the use of other support services to residential facilities of a permanent nature.

In the apartments of special purpose, which are small, there is a kitchen with accessories, in the hallway there are built-in wardrobes and a specially adapted shower. The great advantage of this form of housing is that special purpose apartments are furnished by the tenants with their own furniture and other furnishing items. The lease agreement for special purpose flats is not transferable to another person or persons who are listed in the situations of the relevant provisions of the Civil Code. Each tenant uses on the basis of the rental relationship under the conditions defined in the lease agreement. If the applicant owns pets, a dog or a cat, etc., he can take them with him, which is very important for such a person. During the day, those residents of special-purpose flats who are also clients of the care service can use the contracted care services. For client services, if necessary, nurses help, who help them solve various issues and solve difficult situations.

Living for the elderly in Raudnitz’s house

On Friday, January 14, the reconstructed Raudnitz House in Hlubočepy was opened with the participation of representatives of the Prague 5 district and other guests, which created a nursing home, especially for the elderly. It is also a historical gem of Prague 5, which the city district has chosen for senior living and is situated in the most beautiful area of ​​the protected area of ​​natural and cultural monuments of Prague 5, so lovers of history and nature will really get their money’s worth here. 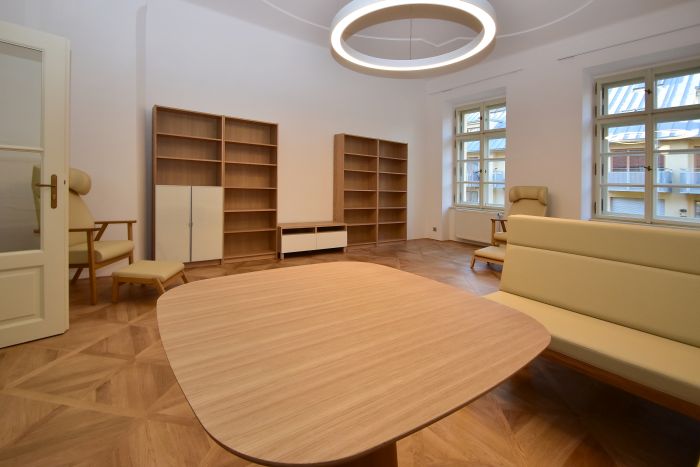 The chateau called Raudnitz House is located on a site probably founded in 1571 by Jan Kutovec of Úraz. In 1623 the building was bought by Pavel Michna from Vacínov. His son then got into debt and Hlubočepy was pledged to the Jesuits, who in 1669 rebuilt the building into a chateau. During its existence, it changed its form, scope and use. Its older northern part served as a manor house from the end of the 18th century, after reconstruction in the 1840s as a private country residence in the late Classicist style.

The chateau was reconstructed and building alterations were reconstructed for the purpose of new use of housing for seniors from Prague 5. A total of 25 small flats, 2 + 1,1 + kk with barrier-free adaptation were built here, the equipment of the flats will be similar to the nursing home in Zubaté 10 The tenants of the house will have the opportunity to use other services in the house, such as nursing service, pedicure, massage, there will be a general practitioner’s office on the ground floor of the house. A community center will also be open here, which will offer activation programs for both the tenants of the house and the general public in the vicinity.

“There are social halls with a tea kitchen for social events, a winter garden with seating, the south courtyard will offer outdoor seating in the courtyard with elevated flower beds for growing ornamental and useful plants,” says councilor for social affairs JUDr. Petr Lachnit. According to Deputy Mayor JUDr. Tomáš Homola, another construction of senior flats is being prepared in Hlubočepy on the site of the former medical center next to Raudnitz’s house and also in the Motol locality, in Poštovka.

The new pavilion of the school in Lipence: It will be presented by architects from Vllnna