Yesterday, January 22nd, the CHF 135 + 15 Bigstack Freezeout in the Grand Casino Liechtenstein was very well attended, at the end there was a deal for three.

Mostly Swiss were at the start and they also dominated the money ranks. Some regulars and familiar faces could be found at the tables. The prize money of CHF 3,440 was not paid out, there was a brotherly deal that gave each of the three remaining players CHF 2,490. The official win went to Marco Bucciol ahead of The Rock and Selcuk Özgöc.

Today the CHF 110 bounty starts at 5 p.m., the highlight next weekend is the CHF 330 heads-up, which is limited to 32 participants. All details about the poker floor in the Grand Casino Liechtenstein can be found on the Poker Facebook Page and on the website gcli.li. Registrations can be made at +423 222 77 68 or at [email protected] 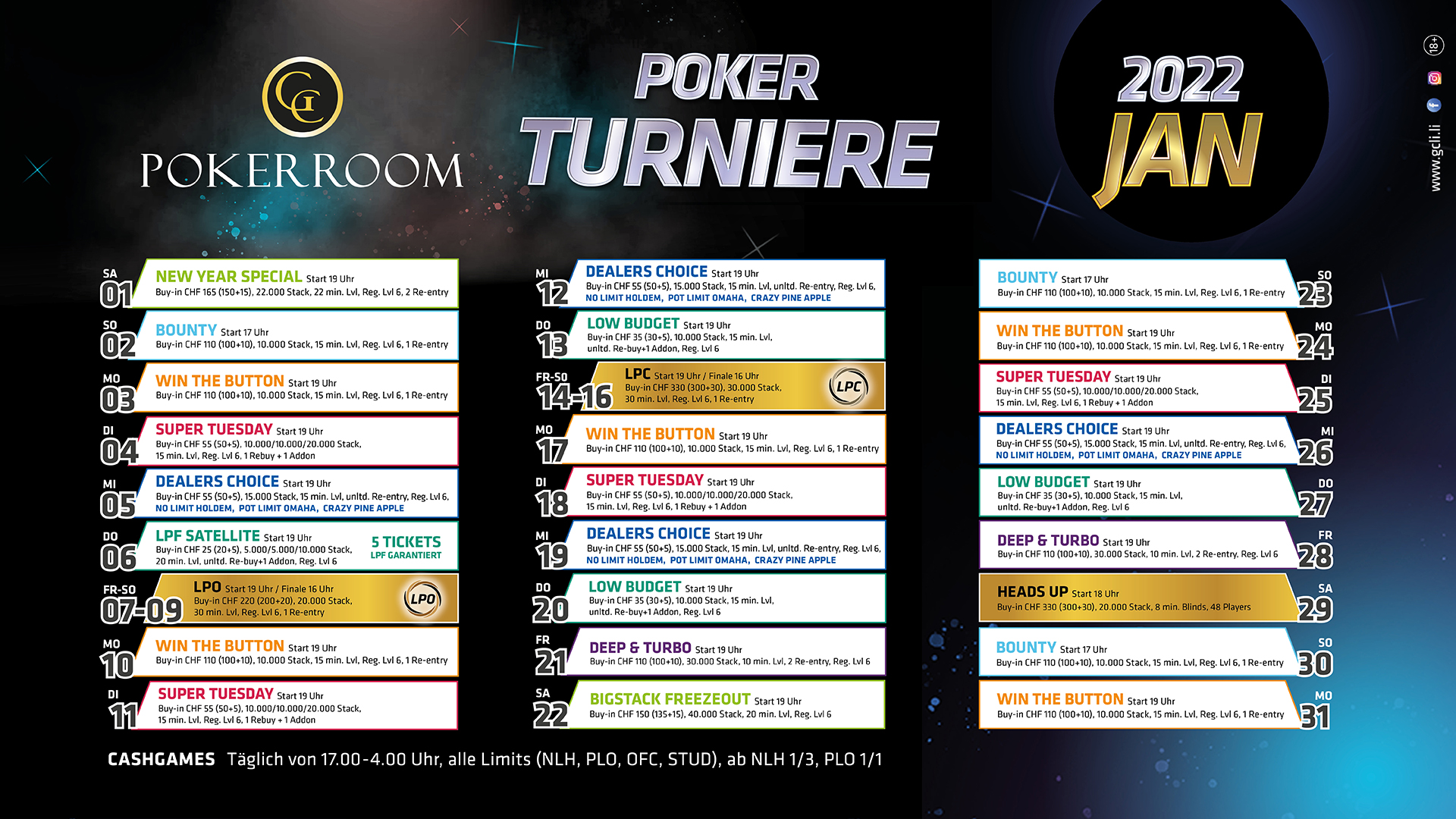 A defeat as quick as a victory – Liechtenstein

‹ Highest snow warning level declared in Austria – weather › The doctor called the symptom, the detection of “omicron” pre-test for COVID-19