The oldest member of the gorilla group at the Prague Zoo celebrated 50 years. The female Kamba has been in the Troja garden with one break since 2001. On Saturday, it’s time for celebrations, toys and treats not only for the favorite group of gorilla teenagers. 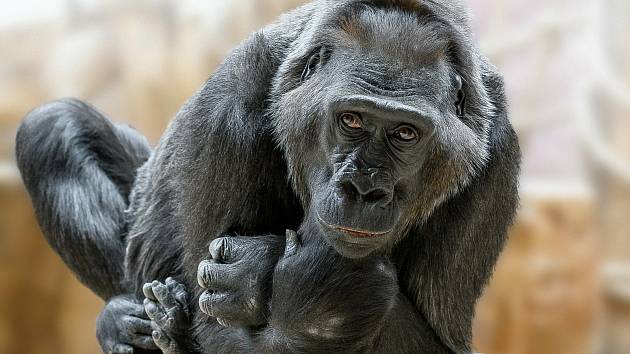 A member of a gorilla pack in the Prague Zoo female Kamba.

“Kamba was born in the wild in 1972, her parents killed poachers when she was about two years old. After that, she gradually lived in several zoos, but after a decade she was no longer allowed to get to know a functional gorilla group. Prague Miroslav Bobek.

Karel Raška’s story: Look back, you may never see the Czechs again

Kamba arrived in Prague for the first time in the summer of 2001, but the following year she experienced a flood and therefore had to return to her previous home. She came to the Prague Zoo permanently in the autumn of 2005. Here she joined the gorilla group very well and successfully burned herself twice with Male Richard, unfortunately she lost both of her offspring during complicated births and due to other health complications uterus and ovaries removed.

Due to its calm nature and experience, it acts as a strong bonding element. Although it is common for non-offspring females to help raise their young, the care Kamba has given to the young born here is quite extraordinary, which is what the breeders call her a “full-time aunt”.

The Prague gorilla group now has seven members. The head of the family is the dominant male Richard, part of his harem are females Kijivu, Shinda, Kamba, other members of the group are young males Kiburi, Nuru and Ajabu. The existing Gorilla Pavilion is located in the lower part of the complex, but a new one outside the floodplain will be opened in the autumn.

‹ Less anti-pass and anti-vax in the street › Until San Marino do you part, the famous ‘divorces’ on the Titan, from Magnani to Togliatti