Considering the pandemic situation in our country and all over the world, the Lithuanian national football team has not yet decided on the possible risks in the Small Football Championship that was to take place in April, but now those doubts remain.

After evaluating everything, the Socca Federation has decided to move the 2022 World Cup to June. The new championship date is June 10-19.

In addition, the organizers of the 6 vs. 6 World Cup decided to change the location of the tournament itself. Instead of more complex logistics to the island of Cozumel, Cancun in mainland Mexico was chosen.

It is on the island of Cancun that an impressive stadium will be built especially for the small football championship, and we will also see the Lithuanian small football team there.

Photo by the organizers / Ranking of the national football teams

Lithuanian small football associations have praised the changes received due to the Socca World Cup in Mexico, which really reduces the risk of participation, the press release said.

“We are glad that the Socca federation has realistically assessed the date of the championship now and not only, but also adjusted the location of the championship. Looking at the statistics of the past, the spread of the virus in June is the lowest, so the risk of unexpectedly withdrawing from the championship is significantly higher. Going to Cancun will also cost a little less than going to Cozumel Island. Such decisions made by Socca allow us to say more firmly that spectators will be able to see the Lithuanian national football team in Mexico, ”said Tomas Butkus, the head of the Lithuanian small football team.

Such results allowed the Lithuanian small football team to rise to the 20th place in the ranking of the world small football teams. Still, the national team going to Mexico will have changed significantly and is likely to have a strong side. 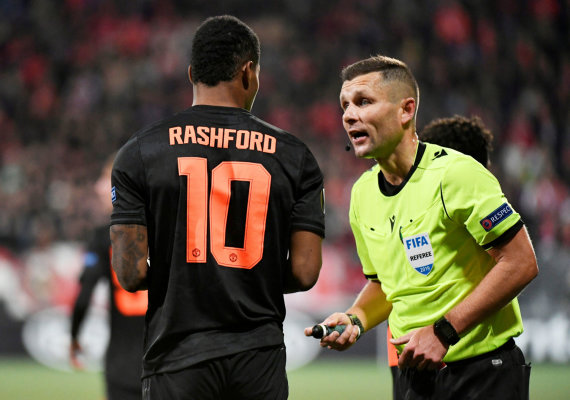 It should be noted that in the resort of Cancun (Mexico) on June 10-19, we will see not only the Lithuanian national football team, but also a representative of our country in the ranks of the referees. Gediminas Mažeika, a former FIFA referee and one of Lithuania’s great referees, has agreed to referee at the Socca Small Football World Cup and will wear his referee’s clothes there again.

Aurelija and Dovilė: “We will wait until Lithuania’s mind is clear and it is possible to get married peacefully”

How Lithuania lived last week: from Visaginas to the seaside

Lithuanian basketball players made it to the quarterfinals, defeating the Germans and Spaniards

‹ SEE: Zbrojovka defeated Vyškov in the Tipsport league, Hladík gave a hat-trick › “Toulouse, for me, it’s not exceptional”