According to the data as of Tuesday, there were roughly positively tested health professionals in the whole Czech Republic 3300, from them more than 1000 in Prague. In the other worst regions – Central Bohemia, South Moravia and Moravia-Silesia, less than a third are infected. Other health professionals must be quarantined due to risk contact or stay at home with the child in quarantine or isolation. According to Dušek, Prague is affected by the new omicron variant earlier than the rest of the country, which is why the increments of newly infected ones are currently the highest.

“The running of the hospital does not endanger this at the moment, partly because the hospital’s employees fall under the announced exception, which allows under strict hygienic conditions work and during quarantine and also because the number of infected hospitalized patients continues to decline, “hospital spokeswoman Eva Libigerová told ČTK. On Friday the hospital had 34 of them, in Motol there were 25 of them.

The General University Hospital in Prague has 112 sick employees and another 61 in quarantine, about half, according to Martina Voráčková from the press department, has been added in the last week. The local hospital also wants to use work quarantine if the provision of health services is endangered. “The locally competent hygiene station will be informed and it will be proposed for specific asymptomatic workers to establish such quarantine measures that will enable the work to be performed,” she explained.

According to spokesman Petr Sulek, Thomayer University Hospital has one about 40 infected paramedics with covid-19 in isolation and another 20 in quarantine. There are 42 patients with covid-19.

“This number shows a new trend the number of sick health professionals and patients is beginning to equalize. This is the opposite of what we experienced in previous coronavirus waves, when the disease was much higher in patients than in our healthcare professionals, “he told ČTK. According to Sulek, the hospital has developed a worsening of the situation contingency plans tested in previous waves of the epidemicwhich involve changes in the organization of work or personal assistance between the workplace.

“The decline of the newly diagnosed has stopped. It is growing, but not dramatically yet, “said Dušek. It develops similarly infections in employees of residential social services facilities. “This is a highly vaccinated population, which is one of the reasons,” he added. But he fears it will get worse.

Unvaccinated inpatients and residential social workers have been required since November must be tested once a week with an antigen test. But it cannot be a self-test, the sample must be taken by a professional. The government decided last week that from Monday it applies to employees of all medical facilities, including outpatient facilities. The exception for the vaccinated and those who have suffered covid-19 in the last six months, however, has remained. 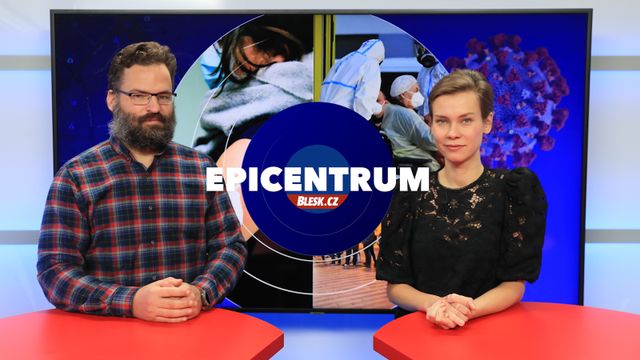 ‹ At night, up to 10 centimeters of snow fell in the mountains of northern Bohemia › Vaccination offers must be available everywhere in Berlin