“AS Monaco is the club that integrated me”

Before the confrontation between his training club and the one with which he was crowned French champion in 2012, the former midfielder from the Academy designated himself on his career. Interview.

A child of the Academy! Arrived as a teenager at AS Monaco to grow, until experiencing his debut in the professional world, Gregory Lacombe agreed to return to his career, a few hours from Montpellier-Monaco (Sunday, 5:05 p.m.) which speaks to him. Today reconverted as a car dealer in his native region, in Albi, the one who was champion of France in 2012 with the MHSC, does not hide the importance that the two clubs had in his life. 100% sincere interview with the former attacking midfielder.

Hello Gregory. To start, what does AS Monaco mean to you when you think back to your time there?

I arrived at the age of 15 at the training center. AS Monaco is for me the club which built me ​​on a footballing level, and which allowed me to be the man I am today. I did my studies there and I still stayed nine years in all. So it reminds me of a lot of things: my wedding, the birth of my daughter, my first pro game, my years of training. It’s all of that at once!

Have you kept in touch with people from the Club, former partners?

Inevitably everything has evolved a lot since my visit. Despite everything, I keep in constant contact with Frédéric Barilaro who trained me, and who is still there. Pierre-Jo (Gadeau), whom I try to see in Toulouse from time to time. Then old people like Ludovic Giuly, with whom I stayed in contact, and even Bachir, who is no longer at the Club. I remember the last times AS Monaco came to play at the Stadium, we ate together. It was nice to meet up. 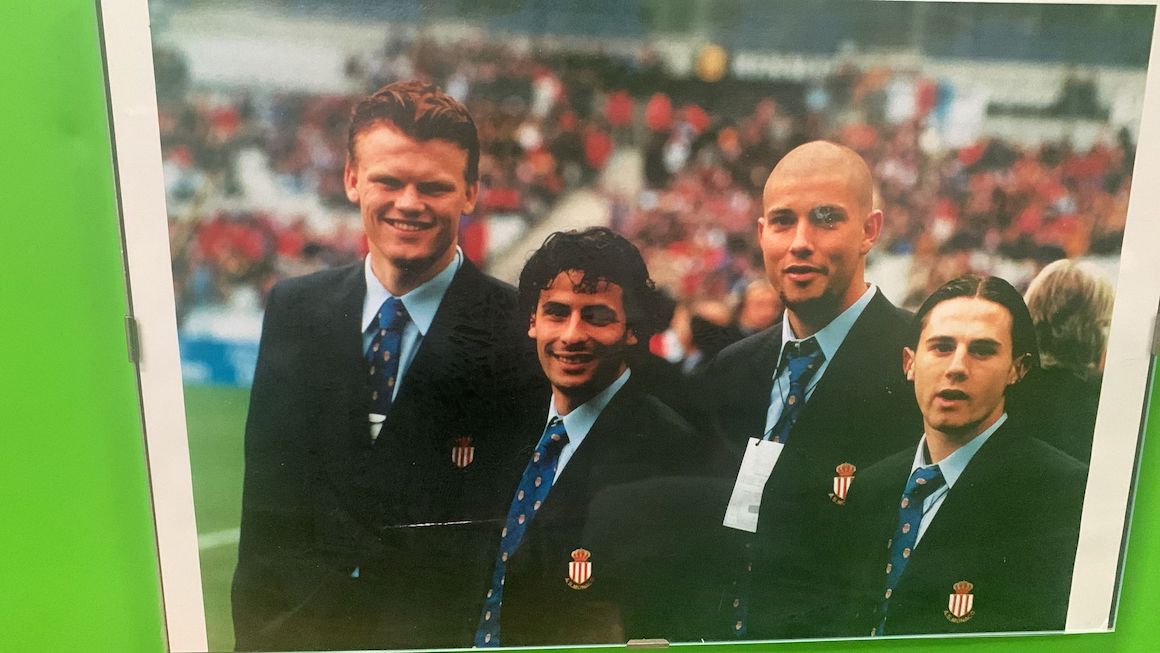 Was Ludovic Giuly important to you in your training at the top level?

He asked for this resemblance and the fact that we had a bit of the same size, which made us get closer. When I was at the Academy, he had just arrived from Lyon, and I quickly had the opportunity to train with the pros. He took me under his wing right away and was a player and an important person for me effectively.

There is one person with whom I had a special relationship, it’s Marco Simone! A gentleman, a great guy, who gave me very good advice. Maybe I had less affinity with him, because he was older, but he always had the right words.

Which other players have you bonded with at the academy or with the pros?

I am very close to Souleymane Camara, whom I knew as a youngster at AS Monaco, but also in Montpellier afterwards. Then life makes us move away a little. But when I look back on those years, I think of Gaël Givet, Jaroslav Plasil too. Then there is a person with whom I had a special relationship, it’s Marco Simone! A gentleman, a great guy, who gave me very good advice. Maybe I had less affinity with him, because he was older, but he always had the right words. He was an example for young people to follow. Like Marcelo Gallardo! I draw a lot of inspiration from him, because of my game and my size. He too was influential. And then in their register, Toto (Sébastien) Squillaci and Gaël Givet, it was something. You didn’t want to mess with it, I can assure you! 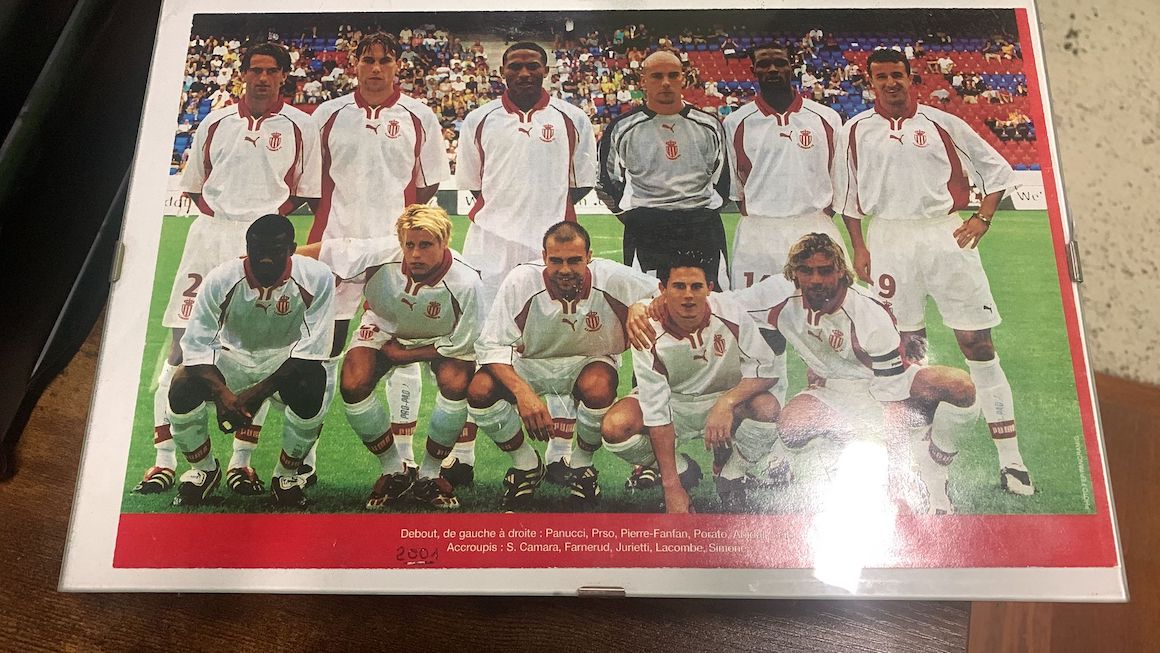 You rubbed shoulders with the 2004 generation, even if you were on loan at Ajaccio at the time. What do you keep in mind from this team?

This 2003-2004 season, I carried out the preparation with the group, before leaving. It was an exceptional generation of AS Monaco. There is something that animated this team. I think coach Didier Deschamps had a lot to do with it. The culture of winning, the tactical culture he already had at the time, and which is still reflected today with the France team. He carried this generation, that’s for sure.

Speaking of coaching, what role has Rolland Courbis played in your career?

He was an influential person in my life as a footballer and my life as a man, that’s obvious. Just like Loulou Nicollin, these are people who allowed me to be who I am today. I have a special emotional bond with them. I knew Rolland in Ajaccio for two seasons (2001-2003), and then it was he who brought me to Montpellier (in 2007). With him, I had gone beyond the coach-player frame!

What did you find so special in Montpellier, to stay there for five years?

The family side in Montpellier is very strong and very powerful. It was Louis Nicollin who wanted that, and who wanted to make it a strength. The year of the rise in Ligue 1 (2009), we were a family. Like the year when we finished champions of France in 2012. At the age when I was in Monaco, I was very young, with the carelessness that goes with it, where in Montpellier I had the maturity. These two clubs are second to none in their context.

Tell us about this title of 2012 precisely…

We had an exceptional generation, between the “old” and the young people who were breaking out at that time. I am thinking of Rémy Cabella, Mapou Yanga-Mbiwa, Younès Belhanda, without forgetting Olivier Giroud who arrives from Tours and who is having a monstrous season (21 goals, 9 assists). We had a fantastic group, and we let ourselves be guided, without putting pressure on ourselves. On the contrary, it was incredible because we didn’t realize what was happening. We could go to war for each other. And then everything worked out for us! We were walking on water. There are seasons like that, where you turn a 0-0 into a crumpled 1-0. A match that you have to lose, you manage to grab something. And we went all the way, against this Paris Saint-Germain. What animated us cannot even be explained.

He came back to live in my region, since he is from Lavelanet. We have acquaintances in common, and so I spoke to him on the phone. Fabien is Fabien, there will only be one!

Have you kept links with the title players there too?

What we have experienced is beyond everything, it is engraved for life. We are bound. I regularly have Olivier Giroud on the phone. Even a Younès Belhanda. They are kids who were almost ten years younger than me when they started, but with whom I have remained close. It is for all that, that this period remains unforgettable. This is one of the big moments in a career. Even if in another register, my first pro game, staying with Rolland Courbis in Ajaccio, the year I arrived in Montpellier when the club hasn’t been able to come back for eight years… are also part of it.

Do you remember any anecdotes from all these years at the top level?

The talks of Rolland Courbis and Michel Mézy (Sporting Director at the time) in Montpellier, the skids of Loulou, that was something! These are things that remind me of this magnificent club that marked me. Then, my first pro at AS Monaco with a team of champions, Martin Djetou, Fabien Barthez, Philippe Christanval… I can give you a list as long as your arms. Jérôme Rothen, Patrice Evra, these are players who have known the very high level. 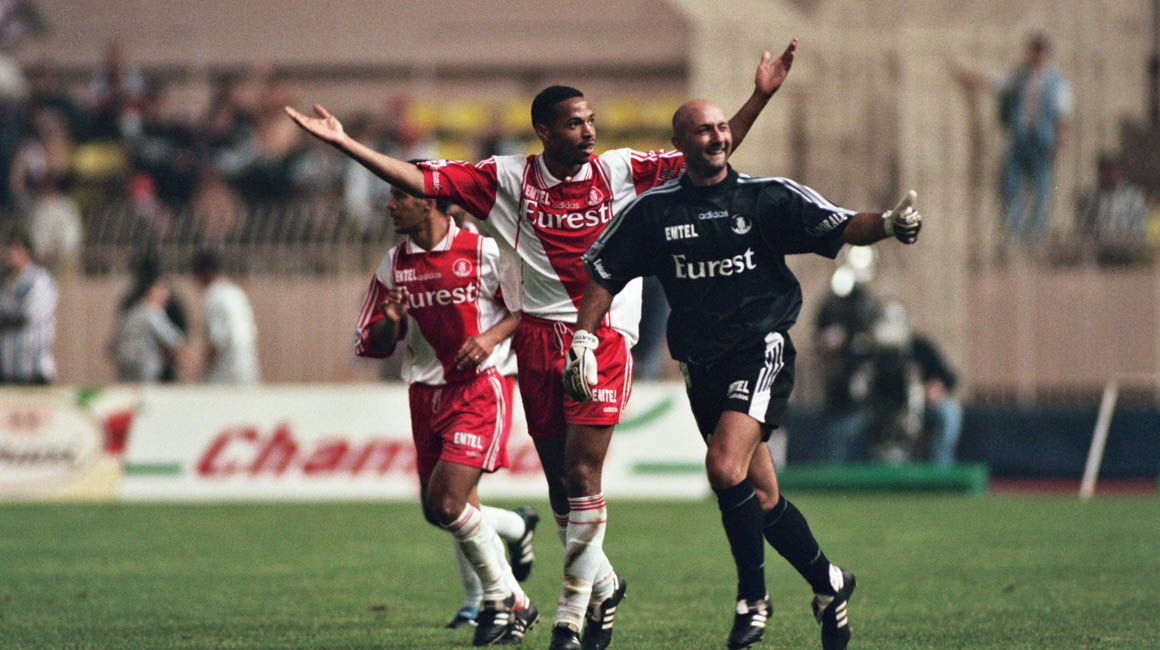 Fabien Barthez was a special character, wasn’t he?

I only knew him for six months when I started, because afterwards he left for Manchester United. But he came back to live in my region, since he is from Lavelanet. We have acquaintances in common, and so I spoke to him on the phone. Fabien is Fabien, there will only be one!

Finally, what do you have left of your training in Monaco?

The carelessness that I had at the time, that you no longer have at 30 or 40! These crazy years that I was able to know with all that that implies. My first but in pro, everything comes back to me. The birth of my daughter. It always has a special flavor for me.

for Verstappen, “Charles Leclerc was too strong”

Max Verstappen (Red Bull), fourth in qualifying for the Monaco Grand Prix: “We weren’t in the battle for pole”

Is the poleman really still assured of victory in Monaco?

‹ Here Are How Many Cases Have Been Reported In 2021 › San Marino. Smi Decree, Information: “Now it is more, but difficulties could still arise”