In 2020, the average Central Bohemian had an amount of 300,000 at its disposal to be able to spend or save money. There is 75,000 more per Prague citizen. This is shown by newly published statistics data affecting the so-called regional accounts. Most of their values ​​confirm the republican uniqueness of Central Bohemia – usually in second place after Prague. 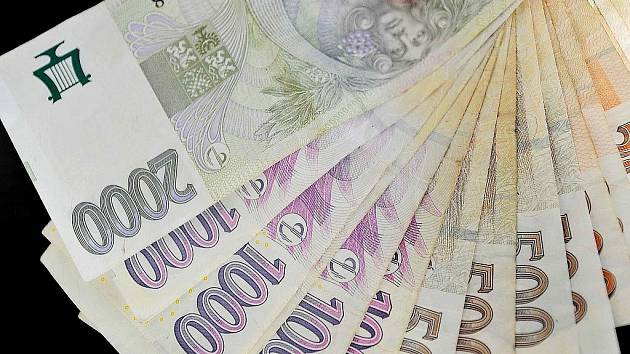 One important macroeconomic indicator is net disposable income; often referred to by the abbreviation ČDDD. A comparison of this value paid as the amount with which households can manage taxes, taking into account current, social contributions and benefits as well as other standard remittances, is often referred to as a measure of the material wealth of domiciled households in individual regions. Central Bohemia has long been above the republican average.

ČDDD normally reached the value of 419.2 billion crowns in the Central Bohemian Region in 2020, reminded Pavel Hájek from the regional administration of the Czech Statistical Office. “There were 301.1 thousand crowns per capita, which was the second highest value among the region after Prague (with 376.5 thousand crowns),” he stated. If the national average is considered 100 percent, Central Bohemia has reached 106 percent. Central Bohemia was in second place in the Czech Republic in a nationwide comparison – and thus above the average – in previous years as well. “The Central Bohemian Region also maintained its leading position in the overall share of ČDDD in the national value of this indicators. In 2020, it was 13.8 percent, the most after the capital Prague (16.5 percent). The Central Bohemian Region has held the second position among the region since 2000; in the previous period from 1995 to 1999, it ranked third behind the capital region and the Moravian-Silesian region, ”Hájek mentioned the gradual development.

The increase can be seen in the long run

The values ​​of economic performance indicators now rank Central Bohemia mostly second only to Prague. The long-term comparison of data shows a gradual improvement in the position of the region among other regions. This also applies, for example, to the assessment of the value of achieved GDP or gross domestic product per capita, where Central Bohemia found itself in fourth place in 2020 – behind Prague and the South Moravian and Hradec Králové regions. Five years earlier, however, in 1995, Central Bohemia was in ninth place in the interregional comparison.

The number of schoolchildren with covid is increasing. However, classmates only need to be quarantined sometimes

However, unlike the ČDDD, GDP and the assessments derived from it do not indicate the level of household wealth. However, economic data can be interpreted in such a way that Central Bohemia as a whole cannot complain about how they have been doing in recent years and decades. “The net disposable household per capita in the period from 1995 to 2020 was at a higher level than the national average, and with the exception of 2013, it was constantly increasing. On the other hand, gross domestic product per capita in the Central Bohemian Region has lower values ​​than in the whole country (as in all regions except Prague) – if there were declines in three years: 2009, 2010 and 2020, “Hájek noted. ČDDD per capita conversions are also favorable for Central Bohemia.