The flip side of the popular mountain resort of Dolní Morava in the immediate vicinity of Králický Sněžník is the problem of damaging the valuable surrounding nature and environment. The operator’s procedure for expanding the area is repeatedly checked by the environmental inspectorate, most recently in connection with deforestation.

In recent years, the formerly forgotten Lower Moravia has become one of the largest and most visited mountain resort areas in the Czech Republic. Resort Dolní Morava is operated by the joint-stock company Sněžník of a Brno businessman Jiří Rulíšek. He built the construction company IMOS Brno, which has billions in turnover every year, and the construction of the resort in Lower Moravia was partly financed from these profits. In 2019, the weekly Euro estimated Rulíšek’s assets at 3.5 billion crowns.

Rulíšek comes from the village of Hrabenov near Dolní Morava. “I’m a local. I’ve always taken care of my family and I wanted us to have a place to meet,” he explained in the past. In Lower Moravia, kouoil farm, which he renovated and his family began to use for recreation. Such was the beginning of the Brno developer in the foothills of Králický Sněžník.

In the last ten years, however, Lower Moravia has changed significantly in recent years. The four-star Hotel Vista, several cottages, a trail in the clouds, the longest bobsled track in the country and many other attractions for summer and winter use have grown here. Lower Moravia became a hypermarket in the snow.

The Ministry of the Environment agreed with the conservationists when it abolished the exemptions for bark beetle mining in the reserves in Praděd, Králický Sněžník and Šerák-Keprník in Jeseníky. According to environmental organizations, the destruction has stopped …

Center supervised by the Environmental Inspectorate

However, the constant expansion of the resort takes away the rare nature near the Králický Sněžník National Nature Reserve. Nature suffers from a high number of tourists and the operator of the Dolní Morava resort has been verified by the Czech Environmental Inspectorate in the past.

In 2012, 2015 and 2016, the inspectorate dealt with Sněžník mainly in connection with the construction of the Slaměnka cottage. This is the highest cottage by the Sněžník cable car, which rises above the Vista Hotel.

In 2019, the regional inspectorate in Hradec Králové conducted another misdemeanor proceedings with Sněžník. At that time, the inspectors found that the resort had discharged excessively polluted wastewater into the Morava River from the wastewater treatment plant at the Vista Hotel. From another facility of the resort, Penzion Dolní Morava, pre-treated wastewater flowed into the river without a valid permit.

Sněžník also had problems with the Morava River in connection with the snowmaking of the slopes. “When taking water from the Morava River for the snowmaking of the U Slona and Sněžník ski areas, it did not comply with the minimum residual flow in the flow set by the water authority,” stated the inspection in a press release and legally imposed a fine of CZK 330,000 on the company for breach of water management obligations.

We have learned, we build wastewater treatment plants

“In both cases, we drew conclusions from this, which led to a comprehensive review of the state of all individual and fragmented facilities and subsequently to complex projects, which will continue to address without further consideration due to the state,” stopped Tomáš Drápal, business director of the Dolní Morava resort. He added that the company is building two new wastewater treatment plants, one together with the municipalities, separately.

The company learned from water abstraction and carried out an extensive snowmaking project. “At the same time, we are under the supervision of the relevant water authorities and strictly adhere to the water collection issued,” he added.

At the beginning of last November, the nature protection department of the Olomouc Regional Inspectorate began to deal with Sněžník again, in connection with the construction of a suspension bridge. “The Regional Inspectorate of Hradec Králové requested cooperation in connection with unauthorized construction activities and unselected entrances in the protection zone of the Králický Sněžník National Nature Reserve,” confirmed Jiří Ovečka, spokesman for the inspection.

According to Tomáš Drápal, the company is not aware that it would break any laws. “On the contrary, we actively consult and proceed with all our projects and actions in cooperation with nature protection authorities.” said. 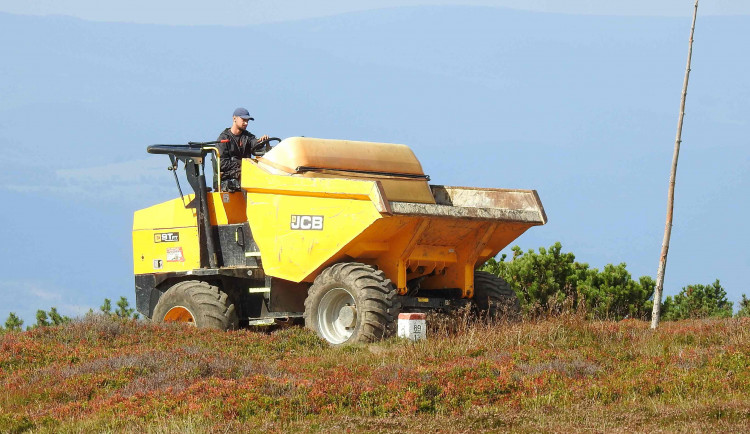 The conservationists from the Jeseníky Mountains once again brought evidence that the construction of a lookout tower on the Polish side of Králický Sněžník is destroying nature. Heavy equipment and quad bikes move along the trails, taking people up and down. The Polish municipality of Stronie Śląskie claims …

Over time, the winter resort began to focus on the summer season, which offers tourists more options. For this reason, the area is expanding and Sněžník began to cut down forests in the immediate vicinity of the Králický Sněžník National Nature Reserve.

Already in February 2019, the owner of Sněžník, Rulíšek, let it be heard that he would like to add a forest wellness and a five-star hotel to the four-star Vista Hotel. These are to grow by 2025. In places where the Brno businessman intends to build another part of accommodation facilities in the coming years, there are forests, which, however, have gradually disappeared in recent years.

According to the mayor of Dolní Morava Richard Novák felling began in the summer of 2015, when the storm damaged not only the forest land, but also some of the resort’s attractions. “The bark beetle then hit the forest. It gradually fells according to where the bark beetle is.” says the mayor. However, next to the Vista Hotel, other trees have started to disappear from the already sparse forest in the last two years, exactly in the places where, according to the company’s investment plan, a new hotel and forest spa is to be built.

In the autumn of 2021, the Regional Inspectorate of the Environmental Inspectorate in Hradec Králové began to deal with logging and is currently conducting misdemeanor proceedings. “The company has so far been fined for violating the Nature Protection Act and the Forest Protection Act. The entity has already appealed.” said the spokesman Ovečka.

The misdemeanor proceedings concern harmful damage to the natural development of specially protected species in the Králický Sněžník Bird Area, in the same area where the change in the character and method of land use is being addressed. The Inspectorate also addresses the use of land intended for forest functions for purposes other than those permitted by the Forest Act. However, the spokesman for the inspection declined to provide further details because the proceedings have not yet been completed.

Fine for imposing a forest rake

Professional forest manager Ladislav Bednar confirmed that the inspection deals with heres. “There was a bark beetle calamity, it was processed. The Czech Environmental Inspectorate is dealing with it, it is saving it,” he said.

Tomáš Drápal also confirmed the inspection. According to him, the inspection is conducting proceedings to uncover the forest rake and its temporary storage. “With the help of about 0.9 hectares, the forest rake was summarized in order to protect it from damage during heavy heavy equipment, subsequent deposition and after the end of heavy redistribution and restoration,” Drapal responded. According to him, the company appealed because I believe that it did not act illegally. 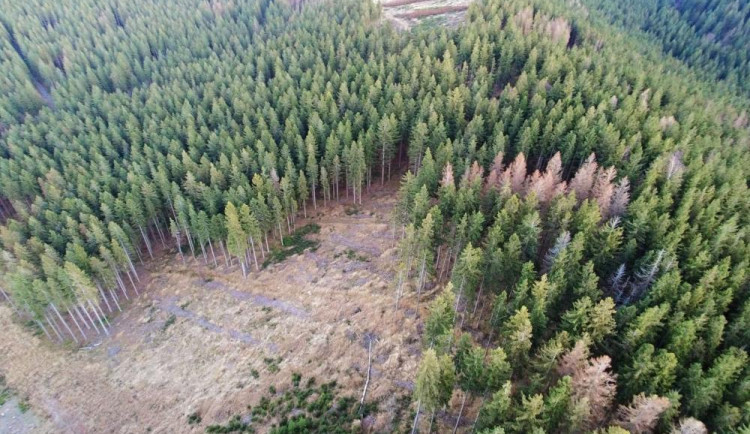 Environmental activists criticize the Report of the Jeseníky Protected Landscape Area for not penalizing some of the foresters’ transgressions during extensive logging in the bark beetle-affected Jeseníky Protected Areas. The situation in the large area of ​​mountain …

The area is sacrificed to massive tourism, it cannot be changed

The most visited monument in Lower Moravia is now definitely the Trail in the Clouds, which has stood below the peak of Slamník since 2015. According to the CzechTourism agency, in 2020 it was visited by about 300,000 tourists.

“Unfortunately, the Lower Moravia area has been sacrificed for massive tourism for ten years, and that cannot be changed.” comments on it Ondřej Bačík, chairman of the Society of Friends of the Jeseníky Mountains, which has long criticized the transformation of Lower Moravia into a tourist area.

“It is a demonstration of an insensitive form of land use based on megalomaniac projects, mass tourism and the destruction of local nature,” is convinced. According to Bačík, the existence of a giant area in such close proximity to the National Nature Reserve will always be problematic and only lead to damage to rare nature.

The rugby surprise did not happen. Dragon lost in Vyškov and finished sixth

That’s the adrenaline: biker hornets have landed on Pasohlávek, look

Expert before Canada: Vejmelek benefited from leaving, Holík would help in a power play

‹ Michel Sarran and the Py-r among the best restaurants in the world › Sweden eases quarantine rules, key workers are exempted when Omicron collapses | WSAU News / Talk 550 AM · 99.9 FM