In the end, what was feared happened: the Bagni Liggia of Genoa returned to the availability of the Municipality, which will now be able to establish a public tender procedure to assign them to a new concessionaire. This is what was decided by the prosecutor Walter Cotugno, who on Monday instructed the Port Authority to remove the seals from the historic establishment at the center of a long and complex judicial dispute, so that it can be returned to the municipal body to be put up for tender. 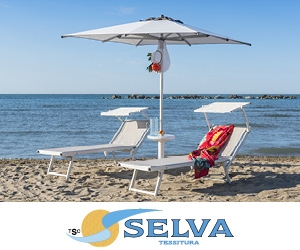 The beach under concession at Bagni Liggia has been under seizure since 2019 by decision of the prosecutor Cotugno himself, who disputed that the programs set up by the Italian state which depend on illegitimate because they do not comply with the European directive Bol on the liberalization of services. On November 16, the Harbor Master’s Office, again on the orders of prosecutor Cotugno, also sealed the entire building which includes a stable cabins, a bar-restaurant and a stable private home, until yesterday the public prosecutor of Genoa ordered the removal of the seals and the return of the entire structure to the Municipality. However, this is not yet the epilogue of the story: the owner of the Bagni Liggia has already announced that he will appeal to the Court of Cassation, which overturns the decisions of the prosecutor.

In the meantime, however, the fury of the prosecutor makes the bathing establishments of all Liguria tremble: as repeatedly written on pages – and as requested by Galli himself following – the same reasoning made for the Bagni Liggia, the prosecutor could cause seize all the establishments in the province of Genoa, especially after the Council of State canceled the extension of the concessions to 2033. And it seems that these are precisely the intentions of the public prosecutor, at least according to what reported yesterday by the newspaper The Republic: that of Bagni Liggia, which has now become a case of national interest, in fact risks being a precedent to legitimize the investigations on thousands of other bathing establishments, especially if we take into account that the Genoa prosecutor has already asked all the other Italian prosecutors to verify whether the state-owned concessions of its territory have been assigned with a public tender procedure or whether they have been extended on the basis of Italian laws declared to be in conflict with European law and the subject of a letter of formal notice from Brussels. Second Republic, in the drawers of the prosecutor and the investigating judge of Genoa there would already be a substantial file on the other three hundred bathing establishments in the province, and other prosecutors in Italy could follow the same path. Unless the Draghi government manages to approve an adequate reorganization measure of the sector that protects the current companies existing on the maritime state property and that avoids an otherwise certain and dramatic scenario: an infinite series of appeals and counter-claims throughout Italy, precisely as happened at the Bagni Liggia, which would block the entire economic sector of seaside tourism for years. 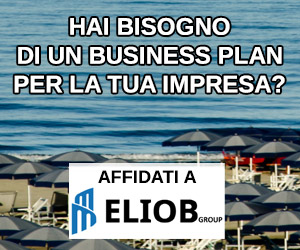 Bimbimbici returns to Genoa on Sunday 22 May

Genoa, Autostrade banner at the arrival of the Giro d’Italia. Relatives of the victims of the Morandi bridge: “Stunned, they do not wash their conscience”

‹ For a high win? Not this time. The women of Prague face the discovery of Salamanca › Toulouse: in Bellefontaine, the Mesdames fresco gives height to women