Dirt on the floor, including the droppings of rodents, which obviously enjoyed the stored food. The reasons that led the inspectors from the State Agricultural and Food Inspection to close the Mini Hrocětice Food Market in the Znojmo region. 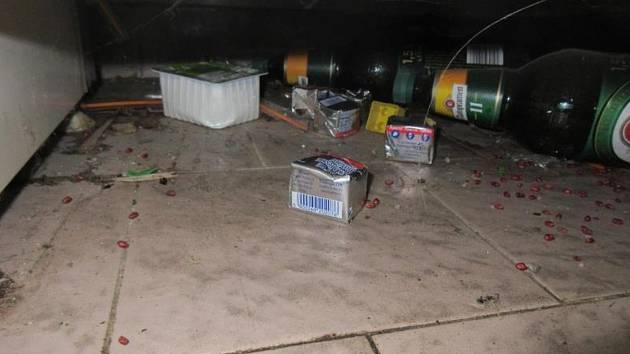 The inspectors closed a store in Hrabětice in the Znojmo region.

| Photo: With the consent of the CAFIA

Inspectors found more defects. “The occurrence of rodent droppings, food damaged or contaminated by pests was crucial, hot water for hand cleaning was provided in the store, and there was dirt on the basis of this,” said Pavel Kopřiva, spokesman for the inspection, on Wednesday. The branch in Hrabětice on Hrušovanská Street was closed on Monday.

Defects must be rectified by the operator as soon as possible. “The ban will only be lifted if the situation already corresponds to the protection of legal regulations, which inspectors verify by repeated on-site inspections,” Kopřiva added.

A brand from the south of Moravia warns against marriage. Misspelling, right? We know what happened

Administrative proceedings will be initiated against the owner, in which a fine will be imposed on him. “In the case of serious violations of hygienic regulations, it is in the order of tens of thousands of crowns, or even higher if the findings are extremely serious or repeated,” the spokesman of the Kopřiva inspectorate pointed out.

A similar case recently occurred in Vranovská Ves in the Znojmo region, where inspectors closed a bistro at Motorest MC Ham. They also found dead rodents there.

The fun will return under the open sky at the weekend PŘÍBRAM.cz