“Kamba was born in the wild in 1972. Her parents were killed by poachers when she was about two years old, “said Miroslav Bobek, the director of the Prague Zoo, who says Kamba is calm and confident.

He is said to be able to empathize with others, and when a disagreement breaks out in a group of Prague gorillas, he is able to calm down the tense atmosphere and unite his companions. According to breeders, Kamba paid special attention to the young of other females at the Prague Zoo. That’s why they call it aunt full time.

Kamba and his male Richard got the chance to become a mother at the Prague Zoo. She was expecting her first cub in 2007, the second five years later. But both births were complicated AND chicks unfortunately did not survive. That is why Kamba willingly took over the role favorite aunts.

Kamba seems to have been born in the jungles of Cameroon. When her parents killed her in poachers, she was taken to Leipzig Zoo on January 27, 1974, where she spent 21 years. Then she went to the Zoo Duisburg and from there to the zoo in Dvůr Králové to the male Tada.

She got with him in 2001 to Prague for the first time. Due to the floods, a year later they both returned to the Court, and Kamba moved permanently to the Troja Garden in 2005.

There are seven of them

The Prague gorilla group now has seven members. Her head is a silver-backed male Richard. His harem includes females Kijivu, Shinda, Kamba. Other members of the group are young males Kiburi, Nuru and Ajabu.

Come to the party

On Saturday, a celebration of Kambin’s logs will take place at the Prague Zoo. The program is as follows: 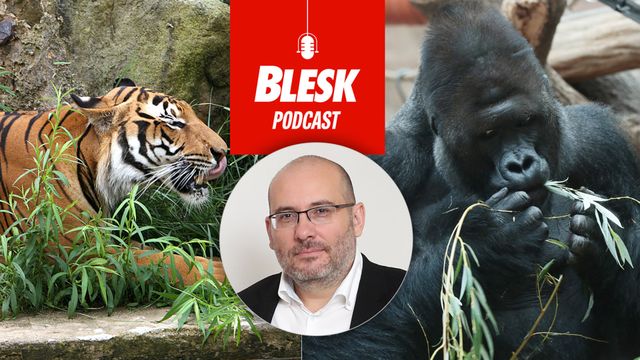 ‹ The Bagni Liggia returned to the possession of the Municipality of Genoa › VIDEO. Toulouse: journey to the end of insalubrity in a camp flooded by the Garonne