Prague 10 – schools: The efficiency of principals and teachers is improved by sharing good and bad experiences

while programs Directorate Academy whose head teacher, adopted by Vršovice City Hall as part of the five-year education development concept, which is part of the Local Action Plan for Education Development, is also celebrating “successes” outside the coronavirus area. In short, it is about sharing and passing on experiences – whether positive or negative.

“The projects arose out of need share information among school principals. You are going through major and challenging changes, therefore, directors or their deputies need verify the correctness of the procedures in certain situations, “Petr Anděl, who is a professional project guarantor and an expert in strategic action planning, explained for Blesk.

Within the Directorate Academy, it is primarily about sharing crucial information for the running of the school, but also the training of teachers who may become principals in the future one of the 13 primary or 20 kindergartens that Prague 10 is establishing. These are both kindergartens, primary and secondary schools. The Teacher Leader program works on a similar principle, within which experiences are shared teachers – be it classification methodology or teaching methods, hence interest groups, etc. “Even if time does not wish, It is terribly important and inspiring to know who is doing what, who is having success with the new approaches, ”Says the Deputy Mayor of Prague 10 for Education David Kašpar (STAN / VLASTA).

Although the programs were created before the covid, it is clear that the pandemic topic found the greatest application. “She is still the proportion of learning disabilities, behavioral disorders or special educational needs is growing, with which some teachers have not yet met, will therefore take the advice of a more experienced colleague, but at present, with the development of epidemiological measures, coronavirus response, ”Says Anděl. The most common questions that came to mind among the directors were ideal provision of teaching – including the spacer.

“It was complicated at first the methodology was missing. When the need for distance learning arose, primary school teachers did it they weren’t ready because even during their education at the Faculty of Education, no one prepared them for it. This the methodology is emerging only now“Says Angel. “Therefore, information was gathered from different schools, both negative and positive, which the principals shared with each other and could learn how to to do better. “ According to Kašpar, a similar connection could be possible in the future within the school parliaments in which children sit.

“Schools address all challenges together. This is not usual for such independent organizations, “is aware of Jana Vinterová, who heads the education department in Prague 10. “In addition to passing on good practice, we also place great emphasis on sharing the less successful one. The other will learn from the partial failures of one and will not follow the path that is blind. “

She demonstrated how she manages to fulfill not only these but also other programs conference, Prague 10 was already organizing the beginning of the new year for its principal and teacher. Deputy Mayor Kašpar was pleased to acknowledge that the cooperation between the individual institutions that provide education works. It’s not just about sharing information that schools help each other, but about concrete cooperation, which will help pupils and students make important life decisions.

“The gastornomy school has proved its worth a new classroom for teaching gastronomy. At the same time, it also offers this for primary school groups in the form of circles or courses under the guidance of experts, “said the Deputy Mayor to Blesk. “It simply came to our notice then links are desirable, because elementary school students they are just deciding what they would like to do in life and do not have enough information or knowledge on the basis of which they would base their decision on choosing a secondary school. However, thanks to such connections between secondary and primary schools, they have better conditions to decide what they would like – whether it is necessary work in the kitchen. “

Where the future leaders of the industry come from

According to Kašpar, education is a force resort to which the best possible care should be given. The projects they launched in Prague 10 aim to achieve it. “She is learning in high school future industry leaders, future professors, doctors and politicians. Such personalities are born in high schools, so the decision to choose the right school usually will determine for life, “ means the deputy mayor.

Prague 10 has set itself in previous years education development concept. According to Kašpar, this consists of five fundamental pillars, which concern both personnel issues and background. “The key is the material security of the buildings or repairs. Unfortunately, Prague 10 has a long-term deficit in terms of facilities and condition. Many buildings are not in good condition, “Which we are trying to fix.

The other pillars are support for principals and teachers. “It’s about motivation and support, for example burnout prevention, “The deputy mayor notes. “The fourth pillar is an individual approach to students as specific personalities, each with a talent for something different. The last is to support cooperation not only between schools but also between parents. It’s about deepening the relations of pupils and parents to the localityin which they study. When they know about their school and the place where they learn, they logically profess a deeper relationship. “

The last mentioned area is implemented by individual schools, or their pupils, in their own way. That he is big in Karel Čapek Elementary School the attention given to the famous writer will surprise few. Symbolically, however, in the footsteps of the great man of world literature, who was also a journalist, the pupils also walk. Their school magazine The Makropulos Case was announced the winner of a number of categories in the School Magazine competition, which is announced by the Higher Vocational School of Journalism.

Pupils of Jakutská Elementary School again they preferred the welfare of the less fortunate children. The school parliament organized it a collection of school supplies for children from Kangaroo. How much such charity was needed, they subsequently knew firsthand, because they could visit households where temporarily abandoned children live. 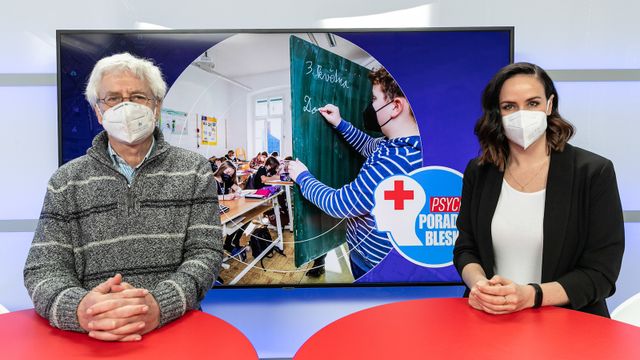 Psychologist Mertin about rotational teaching, obese children and what we did not think about when creating measures Pavlína Horáková 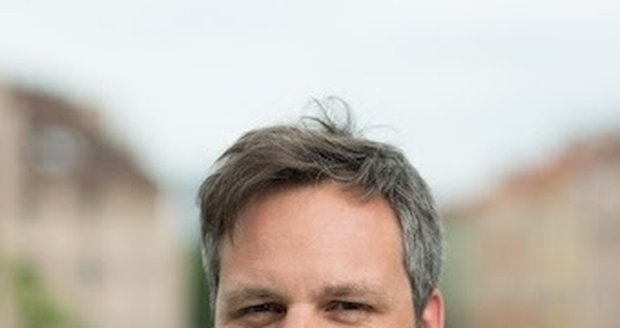