“Church is renewed when the Gospel and the cries of the world meet”, said Cardinal Luis Antonio Tagle

Faro, January 19, 2022 (Ecclesia) – The prefect of the Congregation for the Evangelization of Peoples (Holy See) encouraged the clergy of the dioceses of southern Portugal to “touch” “wounded people and relationships”, and “avoid” separating pastoral and mission.

“The fear of wounds isolates us and makes us indifferent to the needs of others”, said Cardinal Luis Antonio Tagle, this Tuesday, at the beginning of the day of updating these priests, whom he asked to “touch the wounds of the world ” , wounded people and relationships”, reports the newspaper ‘Folha de Domingo’.

‘Audaciously bearing witness to the Gospel, the renewing force of humanity’ is the theme of the training meeting that brings together online about 90 people from the Dioceses of Algarve, Beja, Évora and Setúbal, taking place on Thursday.

The Philippine cardinal, who from his homeland, highlighted, based on the experience of São Tomé, that “seeing and touching the wounds of Jesus is fundamental for the profession of faith and for evangelization”.

“The Church is renewed when the Gospel and the cries of the world meet”.

The Gospel is so profound that it cannot be limited to a single cultural expression. Every culture has the potential to spread the Gospel, as long as it is open to transformation and communion with other cultures”.

For the prefect of the Congregation for the Evangelization of the Peoples of the Saint “it is necessary” to dialogue “with the peoples and their cultures” and the different cultures of indigenous peoples, young people, the digital revolution, people with disabilities or different abilities and “forced migration”.

‘Ad Gentes Evangelization and New Evangelization: the two faces of the same mission’ and ‘How to proclaim Christ, in the midst of indifference, agnosticism and adversity? The example of the new churches was known by D. Luis Antonio Tagle.

“The Church must have the experience of the Church or have they abandoned it for them to ask what their impression of the Church is”, which he did not explain, regarding that they are also “prophets for the Church”. 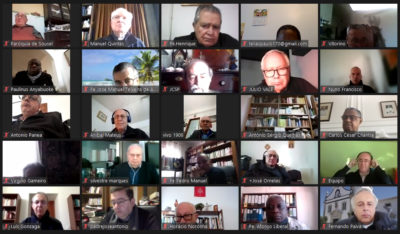 Second, Catholics “often not their bishops fully practical” the language of priests.

“When priests speak, what do they hear: Despair, that is, people who bring us a song, or a prayer?” he questioned, pointing out to be the words of the covenant.

Cardinal Luis Antonio Tagle also referred to the need to reach out to the peripheries, “to show the world how to find joy, leaving the comfort zones”, with the only desire to share the word of God, and asked the clergy to “avoid the separation between pastoral care and mission”, information the newspaper ‘Folha do Domingo’, of the Diocese of the Algarve.

The training program, organized by the Higher Institute of Theology of Évora (ISTE), includes interventions by the director of the National Secretariat for the Pastoral Care of Culture of the Catholic Church, José Carlos Seabra Pereira; Pedro Gil, from the Opus Dei Press Office; Fathers Santiago Guijarro and Fernando Rodriguez Garrapucho; Eugénio Fonseca, president of the Portuguese Volunteer Confederation; and Duarte Ricciardi, from the organization of WYD Lisbon 2023.

Portugal assumes a commitment to reduce the risk of catastrophe