Lithuania is in danger of becoming a country of expensive fuel: many will want to visit Poland

Some market experts interviewed by Delfi fear that fuel prices in Lithuania will reach new records, and due to changes in Polish taxes, Lithuanians will increasingly visit the neighboring country not only for food, but also to fill their car tanks. Others predict that Lithuania will certainly have to wait for the inflation rate to slow down.

Marius Dubnikov, Vice-President of the Lithuanian Business Confederation (LVK), pointed out that Brent oil is now at its peak in 2014, when relations between Russia and Ukraine deteriorated.

“It is assumed that in the event of a conflict between Russia and Ukraine and other countries entering it, not directly, but through various sanctions (…) – This would be the case with the SWIFT system (interbank settlement system – aut. Past. ). ), there may be problems for oil and gas companies with sanctions. And because of this, it is assumed in the market that the supply may decrease on the part of one of the largest oil producers at some point, which means that it would increase the price, ”said M. Dubnikov.

The second determinant of the expectation, according to the analyst, is the specificity of the omicron strain of coronavirus. Relatively lower mortality rates could lead to pandemic management revisions and, at the same time, fuel fuel generation.

“The second thing, the omicron, however, shows a lot is that it doesn’t cause as many deaths as might have been expected (…) Consumers or travelers, holidaymakers would start living more active lives, which would actually increase the consumption of the same oil as fuel,” M Dubnikov.

According to him, if current expectations do not change, it is possible that the price of oil will reach triple digits in the near future.

“Oil is moving towards 90 per barrel, well, if nothing changes – and it seems that at least in the coming weeks these two assumptions will have to change – we can see the price of 100 per barrel,” said the expert.

Emilis Cicėnas, the head of the Lithuanian Association of Petroleum Products Trading Companies, believes that there are no obvious tendencies that oil will become more expensive or cheaper, but he agrees that some of the above assumptions could be realized. According to him, a lot depends on speculation on the stock exchange: “there is why all those expectations from stock market players and the need for consumption ”.

“If there is a feeling of supply, then that price may rise. It’s just that winter is on the other side and the need for those energy products is on the decline as the weather warms. Again, this is an argument that could offset the maturing conflict in Ukraine or similar arguments, ”commented E. Cicėnas.

He tends to agree that the lower mortality inherent in omicrons may lead to lower restrictions and open space for tourism and consumption. 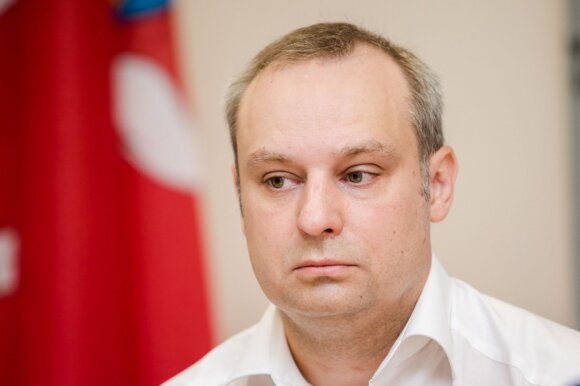 “Such an argument has logic, because, I repeat, there is the same stock exchange, expectations, as the demand for the product itself will increase. Supply is limited. Demand, if it grows sharply, is what everyone needs, then supply is done first to those who pay more. That’s the price. “In principle, such a scenario has a logical basis, it can happen,” he said.

Expensive and fuel in Lithuania

Arūnas Vizickas, the founder of the price monitoring portal Pricer.lt, states that the geopolitical tension and the omicron are really among the factors that may determine oil prices in one direction or another, but there are other circumstances.

“No increase in production so far, at least until the pre-war period, has also improved that price level. In addition to all this, it is a geopolitical thing about gas – there are certain disagreements about prices, gas is more expensive as an alternative to all other types of fuel, including fuel oil, ”said A. Vizickas.

He says it remains to monitor trends in pandemic management and international politics.

“What OPEC will agree, what the European Union will achieve with Russia, here, in the end, that energy crisis is spreading through all goods. And we should follow the development of the omicron, “said A. Vizickas.

According to his preliminary assessment, the rise in fuel prices in Lithuania in recent weeks should be the latest in the near future. 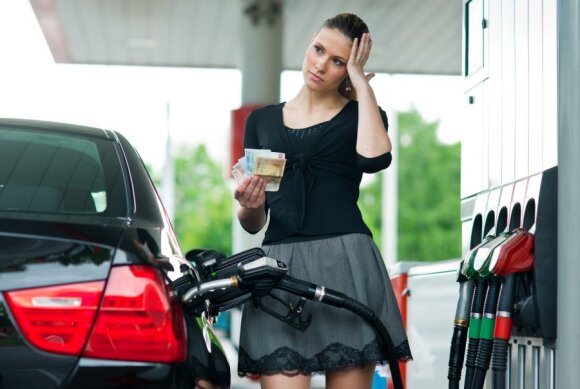 Dubnikov estimates that about 10 percent. With the rise in oil prices, fuel prices in Lithuania should rise by up to 3%.

“If today, so roughly, depending on the type of fuel, crude oil makes up about 25-30 percent. final fuel prices, well, we can imagine that: every 10 percent. oil prices, it yields about 2.5-3 percent. final price increase. It turns out that somewhere around 5 cents is added to the price of diesel and petrol with us, ”says the Vice President of LVK.

“The price of oil at the beginning of this year was $ 79, now it’s almost $ 88, which is basically 10 percent. increased in price, ”he calculated.

According to him, although oil prices have reached the threshold of 100 to 100, other fuel prices are components.

“It simply came to our notice then. All components have also increased, “said Dubnikov.

Forecast: Both residents and companies will visit Poland

E. Cicėnas also notices that the price of oil as a raw material consists only of the final price of fuel, which includes excise duties, logistics and infrastructure costs. However, noting the changes in Poland, where VAT on fuel will decrease from February 1, he predicts that Lithuania will be an expensive country in this respect. 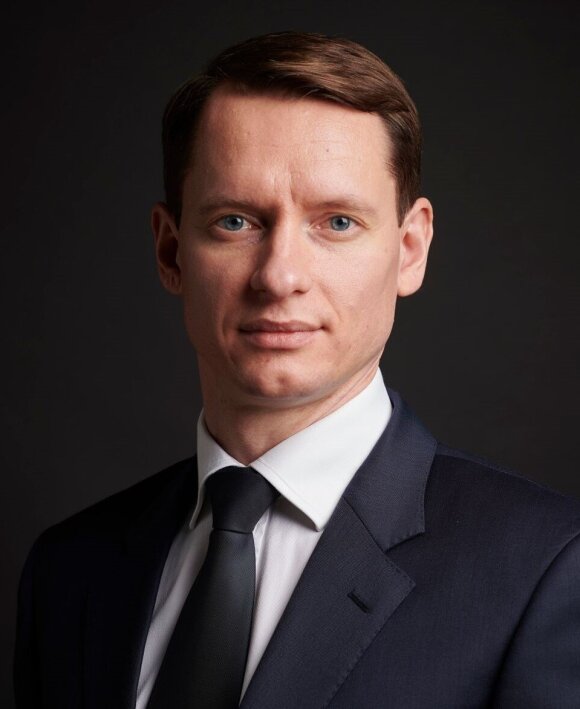 “In Poland, fuel is already much cheaper, but even cheaper, and in that context, it is clear that Lithuania will look like a country of expensive fuel, especially on a par with its neighbor,” says the head of the Lithuanian Association of Oil Trade Companies.

He believes that the situation with prices in the region is much more acute than one wants to admit: after the decisions in Poland, this country will become more attractive to refuel not only for the Lithuanian population, but also for businesses.

“The point is probably that businesses are also reorienting: and businesses know how to count even better. It will leave those commercial vehicles, long-distance transport. It is one thing that the sales of local gas station operators here have been significantly reduced, but on the other hand there will be impressive amounts in the form of uncollected shares and VAT in the state budget, ”warns the head of the association.

He hopes that governments will pay more attention to this issue.

“This is the main problem here, about which there is no message from the government on the subject so far, and such deliberate ignorance, as if we don’t see any problem, is the strangest,” he added.

Dubnikov: not yet a crisis, but unpleasant

The vice-president of the LVK says that the situation with oil prices is still a crisis – the situation with gas and electricity is much more dramatic – and yet it is not fun for Lithuanians to watch even a few cents more expensive petrol.

“Oil, if it goes up by 20%, for example, will add about 10 cents to our petrol or diesel. This will not cause a crisis, it will be, I think, a more wave of dissatisfaction, where certain psychological levels of imaginary prices will be exceeded – pouring in for 1.6 Eur of diesel or 1.7 Eur of petrol may surprise you, ”says M. Dubnikov. 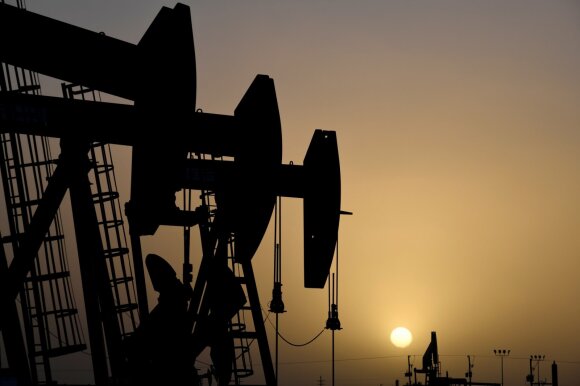 According to him, although these changes are unpleasant, they do not lead to such exceptional situations as rising gas and electricity prices.

“Gas and electricity are unequivocally an energy crisis, and not only in Lithuania, but throughout Eurasia, both Europe and Asia are hostages to this crisis. In the United States, gas is seven times cheaper than in Europe, so it’s natural that the cycles are completely different, “the analyst explained.

M. Dubnikov observes that if the price of fuel became more expensive in Lithuania, it would naturally lead to inflation in the country.

“It is unequivocally important for the rise in prices, because that fuel is everywhere, in every product and service, and finally we go to work ourselves. And this growth will have an effect: it was hoped that the inflationary process – which was caused by the rise in gas and electricity prices – would start to slow down, then the rise in the price of this oil could delay this ease of life, “Dubnikov said.

“That is, price growth may be longer than expected at the beginning of the year,” the expert predicted.

The price of Brent oil on Tuesday reached the highest level in more than seven years, the news agency ELTA reports. In Asian trade, a barrel of this type of oil cost $ 86.84, a level not seen since October 2014.

Prices for Brent and West Texas Intermediate (WTI) have already risen more than 10 percent this year, with investors increasingly believing that demand will pick up as the world gradually returns to normal economies and open states.

I. Vėgėlė: Lithuania does not want to deviate from the rule of law

Arriving in Lithuania in the summer, Satoransky would like to play with Vesely in Barcelona / News

Three months of war: Lithuania has realized that NATO membership alone does not guarantee security