Elections in Prague 2022: The Joint Forces for Prague can continue – it depends on TOP 09

This autumn, Praguers will choose a new management of the municipality and city districts. Political parties have already begun negotiating possible coalitions. The question arises mainly about the continuation of the United Forces for Prague project, which consists of TOP 09, STAN and KDU-ČSL. Already last year, after the success of the SPOLO coalition in the parliamentary elections, there was talk that the parties could run for the municipality in the same group. This would mean that the United Forces would most likely disband. The chairman of the Prague organization of the STAN movement, Petr Hlubuček, who is also the deputy mayor, thinks that if the mayors went to the elections themselves, it was a chance to drag TOP 09 pro-European-minded voters who could be discouraged by the rather critical ODS. He would still not hesitate to give the United Forces a chance for another term.

The leaders of the parties came up with the election last year after the election, ie the Prague variant of the TOTAL coalition, ie the ODS, TOP 09 and the People’s Party. After the new year, people started talking about that a working version of the memorandum of cooperation is also on the table. One of the arguments was that the coalition received 40 percent of the vote in this group in Prague in the parliamentary elections.

The chairman of Prague’s TOP 09, Jiří Pospíšil, has previously stated that he sees this as a call by citizens for right-wing solutions. Therefore, it makes sense to think about the Prague variant TOGETHER. Similarly, Benda and the new chairman of the Prague ODS, Marek. For TOP 09, however, it would mean a break with the Mayors, with whom they ran for the last municipal elections as the United Forces for Prague.. Together with the Pirates and Prague, they subsequently formed a ruling coalition.

According to the vice-president of the STAN movement and MEP Stanislav Polčák it was a bit surprising for the Mayors that the chairman of TOP 09 Pospíšil started negotiations with the ODS. According to him, the United is a successful coalition that can continue in the next election period, and there is also a good chance that the group could win the election. “We bring together a similar type of voters who are central, liberal and pro-European, which is an important value for us.” said for Lightning.

Will they turn TOP 09 voters?

According to him, the ODS could be described as rather critical in relation to the European Union. Petr Hlubuček submitted similarly after the last meeting. “If the Prague organization pro-European TOP09 decides for a coalition with the anti-European ODS, we have a great chance to reach the Prague voters TOP09, “He said.

So both variants are on the table so far. According to Polčák, cooperation in the current coalition of the United Forces should be evaluated. Another meeting is coming up. He believes that partnering with STAN to be for TOP 09 may be more advantageous than with ODSwho will probably want to fill the first place of the candidate and thus have her candidate for mayor.

Who will be the leader?

On the contrary, together with the Mayors, they would have a chance to take first place as a candidate. “We offer that the candidate for the mayor be a representative of TOP 09, “Said Polčák. But it has its pitfalls. But both sides must agree on a name. STAN notifies in advance who should not be a candidate. The reservations go to the chairman Jiří Pospíšil, for whom, according to the Mayors, it is quite difficult to combine the position of a Member of the European Parliament and a Prague representative.

According to Petr Hlubuček, the last meeting was a factual one and it will depend on how the Prague organization TOP 09 decides in the end. You can imagine that the movement would eventually go to the polls on its own. He mentioned, however, that it would be worthwhile to continue working together on major projects that the United Forces was working on, such as construction of metro D, development of cooperative housing or transition to renewable energies. 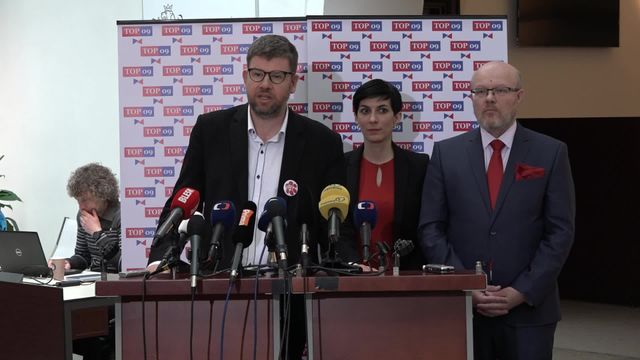 ‹ Toulouse. Blues: which prime numbers? › Petrol and discounted price, the Italians are queuing up in San Marino – Economy