Brest had its secret weapon
Victorious in the first leg in Romania, Brest received CSM Bucharest with the firm intention of securing their place in the top 6 of Pool A. But it took a constant fight for BBH to pocket 2 points in the end. very strong qualification for the 8th finals. With 8 points ahead of the 7th, the Croats of Koprivnica, and 4 games to play, it is hard to see how Brest could fail now. But to achieve this, Brest had to fight almost 60 minutes and even then it was necessary to add a Cleopatra Darleux (Photo title) simply exceptional with no less than 20 stops at 50%. The Olympic champion makes see all the colors at the triggers of the CSM. The Queen Christina (Neagu Picture below) at 4/16 in the game, Emilie Arntzen at 1/9 and Elisabeth Omoregie at 3/9. In short, great Art for the Alsatian who, to top it all off, will add 2 goals all in flexibility in the Romanian cages deserted by Jelena Grubisic. But to snatch the victory, the Brestoises also produced for 25 minutes a real good game in attack and only a little too frequent failures on the door of Bucharest will prevent the BBH from really getting their hands on the match between 20° and at 45°. Too bad, because without these failures, everything would have ended on a gentle slope. Instead, the Brestoises had to fight until the end and the taulières were more than solicited in their playing time.

It took Kalidiatou Niakate releases a last missile, Cléopâtre Darleux a last parade and that Monica Kobylinska releases an nth balloon more than clean to Pauline Coatanea so that Bucharest finally folds and lets Brest pass him in the standings. For the BBH, direction Croatia if the pandemic wants it for a match which could mean the qualification satisfied mathematically, even if it is difficult to see the HC Podravka Vegeta win all the meetings which remain to him to play in this mini championship, starting with the one facing the BBH. 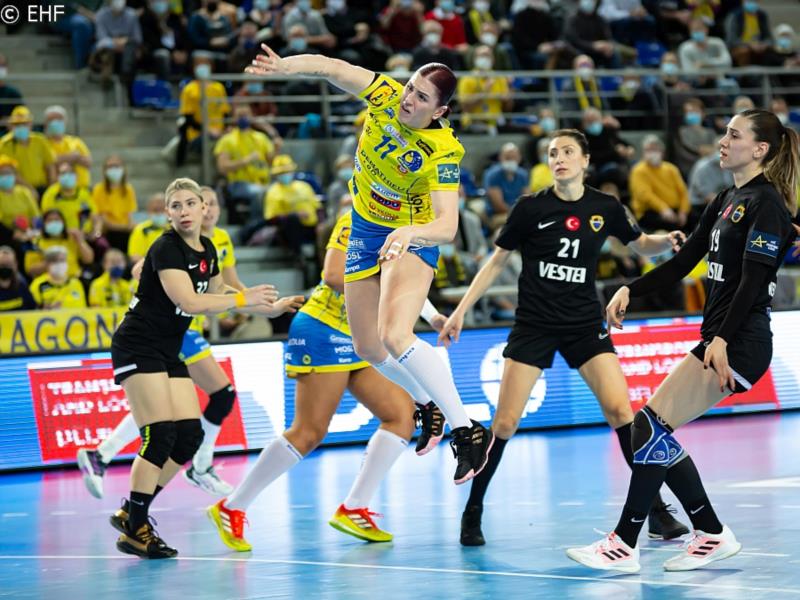 Metz quiet but not exciting
To recover from the somewhat complicated trip to Györ, what could be better than the reception of the last in the standings, the Turks of Kastamonu? Nothing, no doubt, but if the victory of Metz HB was serene, the game developed will not have delighted many people, starting with Manu Mayonnade, the coach, who will regret a very poor quality of game at the end of the meeting .

For 20 minutes, Metz will hesitate in attack, be late in defense, suddenly conceding goals and logical penalties. Leaving to Mèvre Durdu the opportunity to shine well in the Turkish goals, Jovanka Radicevic to once again release a capital benefit on his right wing. All this will bring Metz to a 10-9 at 20° which was not a dream on many points. It was time for Manu Mayonade to put the game of his proteges back on the right track. A time out, listening and a good application and 10 minutes later at the break, Metz almost quietly led by 7 goals after failing their opponents 7-1. The rest will be less exciting but throughout the second period, the Messines will quietly manage the score. Don’t assume Kastamonu hopes for anything but without producing a game of great intensity. Emma Jacques will still take the opportunity to show that she is back with her monstrous arm, but also a very good quality of pass. Tamara Horacek will show the full extent of his playing palette and the duo Cardoso–Bont will do what was necessary on the right to convert the balls well pushed on their side; and above all all the players will score in the game. On Sunday, Metz will still be in its Arenas for the reception of the Krim Mercator. And there it will probably be necessary to raise the level of play a little more to undermine the quality of play and the players of the Slovenian club. 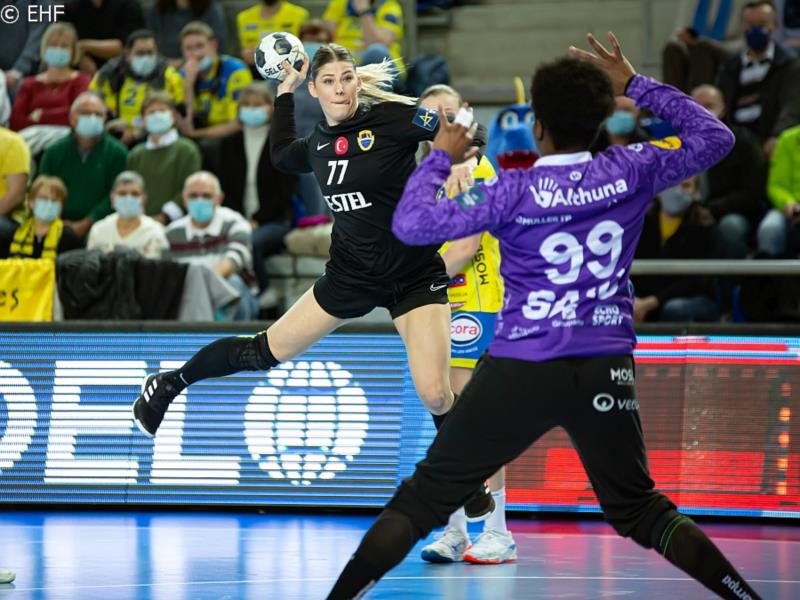 The reactions
Emmanuel Mayonade, Coach of Metz: “I don’t have a good analysis of what I saw. Of course we won but I didn’t like what we did! We didn’t play as expected, you have to be better in defense and more focused on the game.”

Astride N’Gouan, Pivot of Metz: “Like the coach, I’m disappointed with our game. Of course we won, but we know we played badly. To be able to aspire to do great things, you have to change things personally and collectively.”

The slideshow of Brest – Bucharest by Philippe Riou

Cycling. In two editions, comment on the Galibier Challenge has already won

Dazzling Nabilla with Lena Situations at the Cannes Film Festival!