“Toulouse is the most Spanish city in France”

The prestigious institution, which is celebrating its 30th anniversary, participates in the cultural life of the Ville Rose. The director of that of Toulouse, active since 1992, Juan Pedro de Basterrechea Moreno, makes us (re) discover this institute, specialized in the republican exile, which offers diplomas and offers access to a fund of 50,000 documents.

Created in 1991, the prestigious Cervantes Institute is deployed in 90 cities around the world, including four in France: Paris, Bordeaux, Lyon and Toulouse. Chaired by the King of Spain, the Institute is essential in the Pink City where it participates in many cultural events. Funded half by the Spanish State and half by self-financing through its activities, the institute is dedicated to the promotion and teaching of Spanish language, as well as the dissemination of Spanish and Hispano-American culture. The institute has offices in Madrid and Alcalá de Henares. This institution is comparable to theFrench institute, to British Council or at Goethe-Institut.

“It is, in fact, a French invention!”

The director of that of Toulouse, active since 1992, Juan Pedro de Basterrechea Moreno makes us (re) discover). “The idea is to promote the Spanish languages ​​and the other co-official ones, Catalan, Basque, Galician and also the culture of all Spanish-speaking countries. In fact, this kind of institute is a French invention: the famous Alliance Française was created for the same reasons in 1883.

Spanish culture is already widespread throughout the world. “It’s the official language of 22 countries around the world. And again we do not count the USA where Spanish is not an official language but it is the second country by the number of practitioners, far exceeding Spain itself. In Toulouse, as elsewhere, there is a desire to maintain this link. This is called cultural diplomacy, made to get closer to people. Classical diplomacy, on the other hand, is made to facilitate relations between states. The better we know each other, the better we understand each other, the better we love each other… In short, the better we know each other, the more we will have friendly relations that will reflect on everyone…”

Each institute offers four areas of activity: cultural, free; the specialized library, which is also open to all; Spanish, Catalan, Basque language courses and language diplomas. “Toulouse is a bit special. Mr. Moudenc likes to say that the pink city is the most Spanish city in France. Toulouse has seen several waves of Spaniards who have come to settle there. The most important is is the famous retirada, from February 1939, where the Spanish Republicans fled the Iberian Peninsula. And which had a very important influence. A large majority of those who remained settled permanently in Toulouse. It is estimated that this population between 100,000 and 150,000 people settled after the Second World War Admittedly, the new generation is a little less involved in this story of exile, but still, these French people of Spanish origin hold on to their origin and their dual culture. .

Participation in the most important festivals 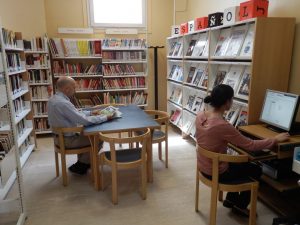 The enthusiasm is undeniable: “Last week we hosted an exhibition by a Spanish painter and sculptor and we had an audience that we had never seen at home. It’s great. Learning the language is very important at the Cervantes Institute as well as its active participation in the cultural life of Toulouse. “The spirit of organizing our cultural activities is not to do them ourselves in isolation to show what we can do. It is on the contrary it is a question of realizing oneself, of inserting oneself into the local cultural fabric, by participating in particular in the most important festivals in the city and the region. For example, Spanish cinema, CineLatino : there it is clear. But we also participate in word marathon with authors, writers who participate in it. Our role is to help the participation of these Spanish or Latin American authors.

Even with the Avignon Festival

Among the most important events, there will be, among others, the flamenco festival ; a collaboration around a show on Picasso in collaboration with the Théâtre du Capitole; journal presentations; there are collaborations around study days with universities… “We try to be present at major events. Either it’s a Hispanic event or we bring the Hispanic element to it. Little, we collaborate with the Festival d’Avignon. With this pandemic, we have also learned to offer cultural activities at a distance.

France has the most Spanish students 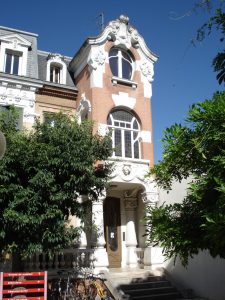 “France has a particularity: it is the country in the world where there are the most Spanish language learners in the education system: four million young people have chosen Spanish as a second language at school. This choice of the second language is mainly Spanish. German comes third with 800,000 pupils. We can see that there is a strong demand in France; and this is normal: there is the proximity of the two countries and the question also that Spanish is a real language of international communication like English and French.

In the capital of the Spanish Republican exile, there is a unique specialized library, that of the Cervantes Institute. “We have a very important documentary fund of exile, thanks first to donations, sometimes very important; most often it is families who discover treasures to preserve during an inheritance from a relative. With us, it will be both preserved and made available. We also do ongoing research. We have 50,000 documents, including 2,000 for the background of exile, of which we often only have the only known copy…”

The institute claims some 400 students, awarded ddiplomas DELE, Diploma in Spanish as a Foreign Language, (613 in 2021); dSIELE diplomas (International Service for the Evaluation of the Spanish Language): (47). LBoth exams comply with the Common European Framework of Reference for Languages ​​(CEFRL) of the Council of Europe.

The program of the institute: 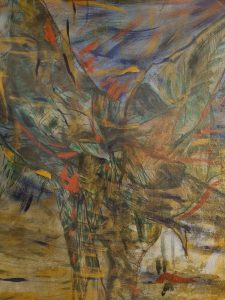 The exhibition is made up of a series of sculptures, paintings and drawings on the theme of the tree that the artist has been working on for several years. Aitor Mendizabal (born in 1949) sculptor, painter and engraver, lives and works between San Sebastián and Arcangues in the Basque Country. After his higher studies in Fine Arts at the Academia Di Belle Arti in Rome, he made numerous exhibitions in France and Spain, including public and monumental works that can be admired in San Sebastián, Hernani, Ceret, Oloron, Bélus or Boulogne sur mer. He has been the subject of publications, catalogs and works offered to his work.
Gallery open from 2:30 p.m. to 6:30 p.m.

Meeting with historian Josep Calvet, in collaboration with the Shoah Memorial

Our articles on retirement on Tell them !

Date with history on Tell them !

And many other articles on Tell them !

Toulouse and Ajaccio play the final

‹ ▷ 2022: An important year for Munich, 90% green electricity, farewell to coal and … › CTO San Marino takes to the streets in support of tourism