/ PHOTOGALLERY / This year, the Gallery of the Capital City of Prague tried everything it missed in the previous two years in connection with the restrictions against the spread of covid. “We include exhibitions that we were forced to postpone: The World of Jindřich Chalupecký, Heroin Crystal and Ivan Meštrović,” confirmed gallery director Magdalena Juříková. 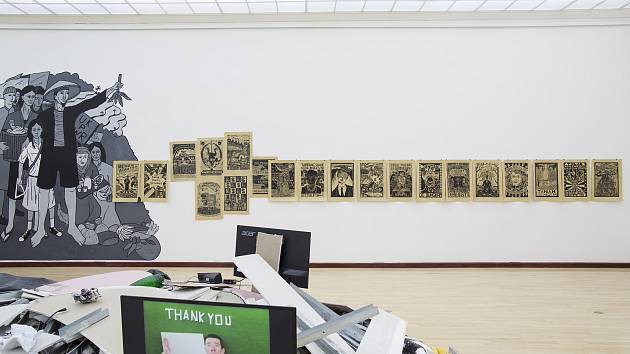 Planned exhibitions of the Gallery of the Capital City of Prague, selection of works.

“Of course, we also come with titles that arose from long-term plans and preparations. This includes, for example, The Shattered Layers / The Role of Photography in Postmodern Times or the Exposition of František Bílek and Otokar Březina, “Juříková reminded that according to František Bílek gallery.

According to Juříková, his sculpture and his great personality remain the focus of attention, alongside Chorvat Meštrović, for example, the exhibition of August Family in Bohemia and Moravia or the renewed series of sculptural business cards in Troja Castle.

This year’s photography program appears in many forms. “A specific project is the exhibition of John Wehrheim, which returns to the American reality of the 70’s, when she fled to Hawaii for an alternative life in the community,” the director added.

From April to August, the Heroin Crystal exhibition will commemorate the generation of Czech filmmakers who first presented themselves at the same place in the mid-1990s, such as Michal Pěchouček or Veronika Bromová, in the House at the Stone Bell. Visitors will be introduced to topics of the time, including reflective media reality, the phenomenon of the human body and science fiction.

The roller coaster returned to Prague. The largest indoor amusement park in the Czech Republic has opened

From July to October, the City Gallery will also take part in the second year of the Biennial of Contemporary Art and in two events for the Czech Presidency of the Council of the European Union.

At an exhibition of current Czech paintings in the European Parliament building in Brussels and together with the m3 Festival on the extensive Parallels project, which will connect six European cities with the themes of the future of neglected and dysfunctional localities. In addition to exhibition activities in the halls and beyond (on Smíchovská náplavka and in the Vltavská and Anděl metro stations), the gallery is preparing a number of accompanying programs with modern technologies.

‹ There will be more halls and a warehouse in the Zetor hall in Brno. CTP bought the land for a billion-dollar change › Enterprise: Budapest Airport had a third last year than in the last year before the epidemic