The 80-year-old makeshift is over. The fire station in Holešovice has opened

/ VIDEO, PHOTO GALLERY / Demolition in 2019, approval in September 2021, opening in January 2022. The fire station in Argentinská Street in Holešovice is in operation. 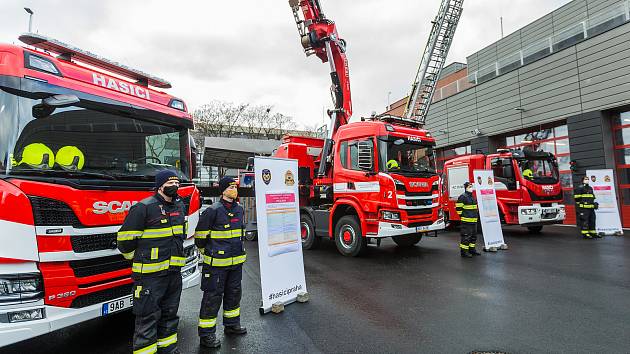 Grand opening of the new fire station in Holešovice.

There used to be an iconic armory made of wooden houses. It was established in 1942 and was to serve provisionally for five years, which eventually became almost 80. “The fire station will serve the entire northwestern sector of Prague via Bohnice, Čimice and Vysočany. Units of 26 firefighters will serve here. Two more buildings are to arrive, where the Prague ambulance is to be located. It should be finished in 2023, “said Petr Hlubuček, Deputy Mayor for Security (STAN).

“We acquired a plot of land worth 130 million crowns in 2014. The construction itself began in September 2019 and the building took place in September 2021. of Prague firefighters Luděk Prudil.

The old fire station in Holešovice is gradually going to the ground. Some firefighters serve in temporary premises directly on the construction site, some have moved to volunteer firefighters in Letňany. #holesovice pic.twitter.com/utELnINKYp

Firefighters from the Prague central station in Sokolská Street have also moved to the modern facilities in Holešovice. “The commanding officer, who is the highest officer in the shift, will be deployed here and is still based at the Sokolská station. The fire district is 58 not large square, which is a large area, but it has a population of 220,000 and generates emergencies. It will become one of the busiest, “said Prudil. Already in its wooden form, the Holešovice armory was the station with the second highest number of exits in Prague.

TAKE A LOOK: The electric bus is already carrying passengers. So far, it serves three lines

Because the building is located near the Vltava, divers also have their facilities here, who, in addition to a special car, have extensive changing rooms with a drying room. “Our divers are in charge of rescue work. For example, when a car crashed into the river last year in Kampa, our diver was able to quickly pull the drowning person out of the cabin, “said Martin Kavka, a spokesman for the Prague fire brigade and investigator.

Those firefighters who are on standby waiting for a signal to leave can reduce their time with various activities. The most popular include a fitness center with gym and sauna.

How time went with the fire station in Holešovice
1942 – Open armory built of wooden houses
1947 – The temporary operation of the station in Argentinská Street was to end
2019 – After 78 years, the temporary fire station is demolished
30. 9. 2021 – New armory approved
January 18, 2021 – Armory opened and put into operation

The left in the capital is very old, exhausted the darkness, I political scientists