Is the story of Kirkorov repeating itself? A ballet dancer glorifying Putin arrives in Lithuania – he politically calls for this to be prevented

The portal tv3.lt reminds that in 2021. In January, the Migration Department added F. Kirkorov to the list of undesirable persons. This Russian performer is famous for pro-Russian rhetoric and has repeatedly publicly justified the occupation of Crimea.

History has a tendency to repeat itself. It’s not déjà vu – In October of this year, the performance will be organized in Vilnius by the controversial ballet dancer Sergei Polunin. Experts are sounding the alarm and urging the figure not to enter the country.

Prices for ballet – up to 220 euros per ticket

It is planned that the ballet “Rasputinas” will take place in Vilnius, at the “Compensa” concert hall. So far, only one event date is scheduled, and ticket prices are huge. The cheapest ticket will cost 50 euros, and those wishing to watch the ballet from the parterre or balcony may have to pay up to 220 euros.

Ballet dancer Polunin is from Ukraine but claims to have always considered himself a Russian. His chest is adorned with Putin’s face, and he demonstrates this tattoo in public. In an interview with The Guardian, Polunin admits that he has admired Putin since he was a child: “I see the light when I see him.”

Polunin is also known for his sexist and homophobic speeches, which led to his loss of employment at the Paris Opera and Ballet. Polunin is currently the rector of the Sevastopol Academy of Choreography in the Russian-occupied Crimean territory.

Polunin also appears on film screens, starring in a number of films, including the sparring game “Red Sparrow” with Oscar winner Jennifer Lawrence.

Nerijus Maliukevičius, a political scientist at the Institute of International Relations and Politics of Vilnius University (VU TSPMI), is worried that the scientific performances of such actors in Lithuania may affect the audience.

The political scientist is convinced that Russia, by linking politics and culture, is showing soft power against Lithuania.

“It simply came to our notice then. It is as if ballet is coming to dance, but we can see its political agenda in public in exactly the same way. <...> This has already been discussed with the concert organizers. The public position was that this would be addressed. But that doesn’t seem to be quite the way it was declared.

We see such grandiose actors further planning their concerts and trips. This is a big problem. It is a kind of purposeful continuation of the Kremlin’s policy with us in selecting cultural figures who support the Kremlin’s aggressive policies. They are sometimes even supported, their tours are encouraged. The organizers of our concerts participate in such a position, ”commented N. Maliukevičius on tv3.lt.

The interlocutor questioned why the Kremlin-sympathetic performers still need to earn money from Lithuanian audiences. In his opinion, S. Polunin should not be admitted to Lithuania in the same way as the singer F. Kirkorov.

“It is inconceivable how the actors can be allowed to make money, all the more so as to allow them to make money from us when they publicly support Putin’s aggression against the West and against Ukraine. It seems like this seems irresponsible. At the same time, it is the individual choice of this figure, if he chose to support Russian aggression, I think he would have Western money and Western funding for his cultural activities in the same way. <...> If they are hypocritical, we can use it to remind them about it and, of course, not to let them in, ”said VU TSPMI political scientist. 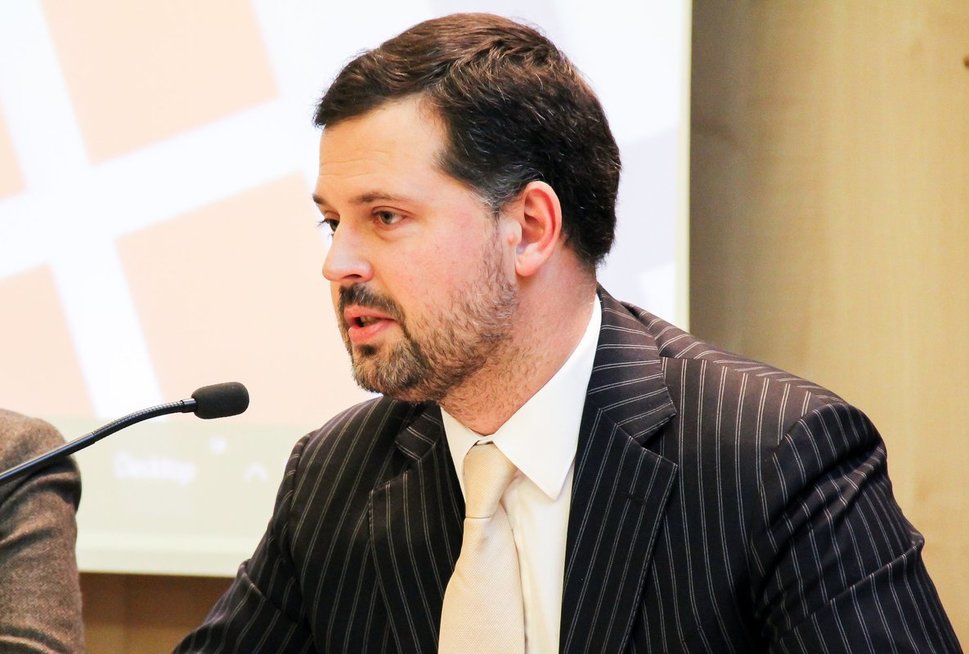 V. Juozapaitis: such art is probably the main “Bolshevik propaganda”

The portal tv3.lt contacted the chairman of the Seimas Culture Committee, conservative Vytautas Juozapaitis, who opened a place in Lithuania for artists supporting V. Putin.

“It simply came to our notice then. God forbid, no. But if artists of this level are conscious Kremlin supporters working physically in the occupied territory of Crimea, it is clear that they must be allowed to travel. All the more so to show that art, which is probably the main Bolshevik propaganda. <...> They very cleverly wrap politics in art paper and give it to people as an innocent gift, ”said V. Juozapaitis.

The politician promised to take a wider interest in Polunino’s promised arrival. The data must be accessed by the Ministry of Foreign Affairs and Culture, he told tv3.lt. 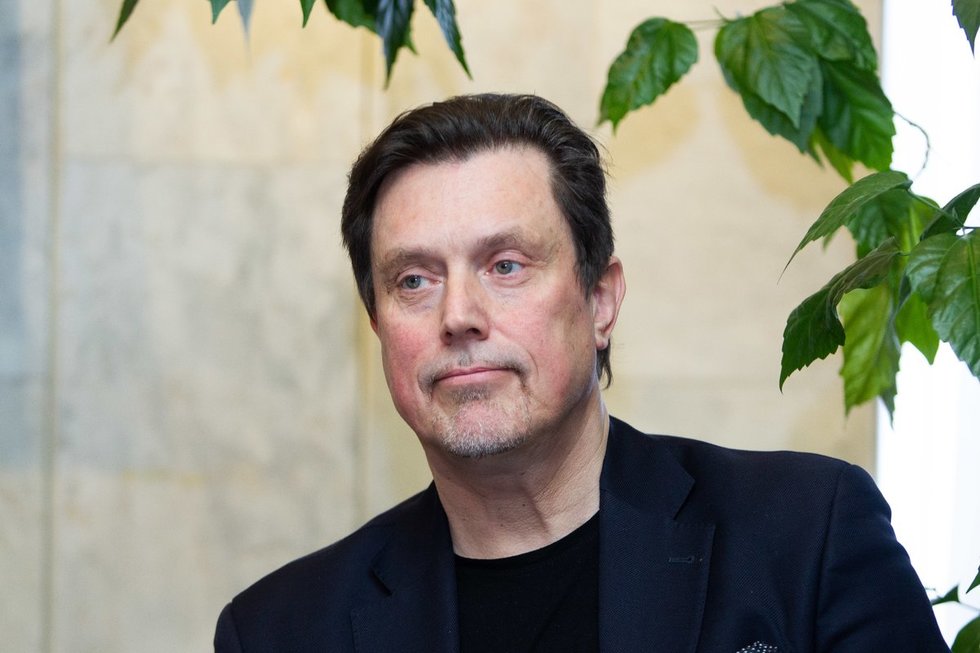 One Russian mystique is exalted: a political scientist sees a provocation

N. Maliukevičius repeatedly repeated that such artistic performances shown with references to Russian politics may provoke the public.

“Such tours are not for cultural development. The visits of such actors create tensions and resistance. The description of this character’s event is very appropriate to illustrate the overall situation. A “dramatic” ballet about a dramatic Rasputin and also a character with a dramatic tattoo on his chest. All this is meant to cause a certain stir, resistance. Understanding such goals requires avoiding such provocations in principle, ”he said.

The interlocutor pointed out that the axis of the ballet revolves around a controversial historical figure – Grigory Rasputin. 19th century he influenced the family of Tsar Nicholas II and, consequently, the rule of the Russian Empire.

“In general, Rasputin is a dramatic figure in Russian history, involved in politics and actively trying to influence the family of the Russian emperor. There seems to be no attempt to hide purposeful perhaps drama both with this ballet and with the character. It seems that there is a purposeful attempt to cause a shock in our society, “said N. Maliukevičius.

The propaganda researcher asked a question for the whole of Lithuania

Propaganda Expert, Associate Professor of the Faculty of Communication, Vilnius University dr. Viktor Denisenko about the upcoming. Polunin’s performance in Lithuania was a little more cautious than other tv3.lt people.

According to him, there is a possibility that the behavior of this ballet dancer may have a spice of propaganda. For example, if Polunin is in Lithuania, he would publicly support Putin or justify the annexation of Crimea. But for the whole of Rasputin’s artwork, he is unlikely to be politically engaged, Denisenko said.

“There is a lot of discussion about how to look at art: whether to always separate it from politics, or whether politics is inseparable from art. There is no answer to this question. Looking at this ballet, there are probably no propaganda intentions out there. In this case, we can only talk about the personal preferences of one performer. I cannot call that ballet a propaganda event in itself, “Denisenko said.

According to the scientist, it is very difficult to predict whether there will be any political aspirations behind S. Polunino.

“It simply came to our notice then. He has to tattoo Putin, the question is, how will he dance: is he half-naked showing off his tattoo? Although hard. Bearing in mind that the ballet is called Rasputin, it is about a historical figure, historical events of the 20th century. the beginning. So what is Putin here for? ”He said.

The interlocutor argued that the Lithuanian government should first answer one question and then take action.

“We are talking about a very gray area. We ask, can any dangers be seen? Probably possible. But at the same time, it is possible not to see. In this case, regarding the admission or non-admission of such art representatives, we can only talk about the fact that politics is carried out in the state of Lithuania. <...> It is a question of morality. Do we really want to see people on our land promoting Russia’s new imperial vision? Especially at a time of great tension in Europe and geopolitical disagreements. Aren’t we dramatizing that after all? Everyone should answer this question themselves, “said the propaganda researcher. 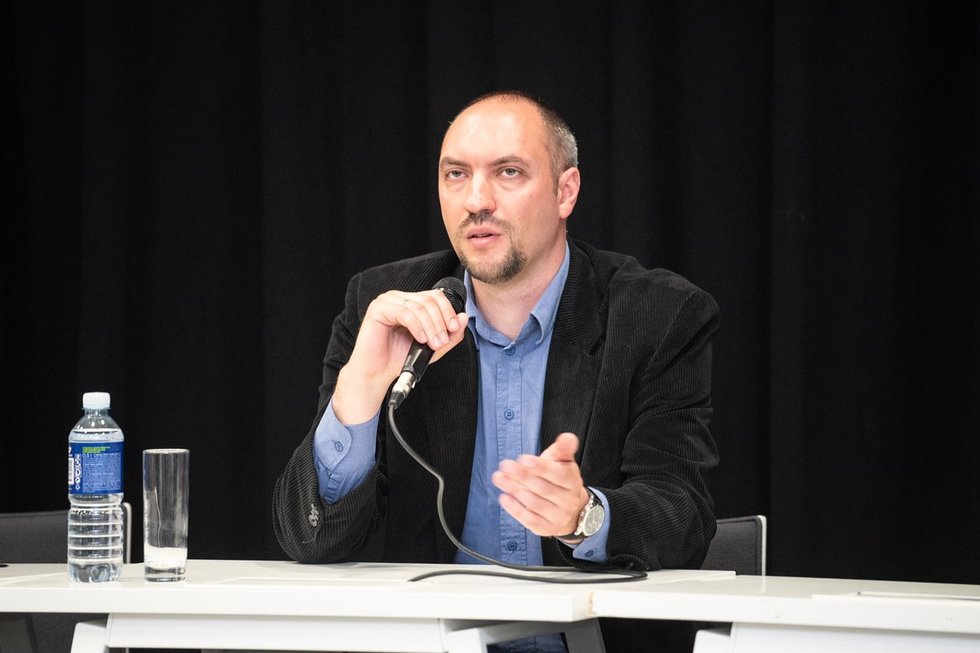 The portal tv3.lt asked V. Juozapaitis what he notices about how often the Kremlin’s aspiring artists seek the situation in Lithuania. The chairman of the Seimas Culture Committee replied that at present the number of politically engaged people in Lithuania is lower, but it still occurs.

“It simply came to our notice then. There was a tendency when they tried to travel during the various Lithuanian public holidays. February 16, March 11 and especially January 13. I haven’t noticed lately. <...> But yes, they are still trying to get to Lithuania. This is an activation of our Russian-speaking population, “he said.

The politician did not doubt that the organizers of the event should be primarily responsible for inviting politically engaged persons to Lithuania. According to him, the desire to profit against the interests of national security.

“There are a lot of wonderful, honest artists in Russia who are civic in terms of a good word compared to other countries. But for no reason do Lithuanian producers invite those who have doubts. <...> If it is a production company of Lithuanian citizens, they must first answer whether they have done so or not. As they say in business, money doesn’t smell. We have already passed that stage, money really smells and smells very sometimes when we talk about our national security and people’s self-esteem, ”said V. Juozapaitis.

The performances of pro-Russian performers could lead to such phenomena as the January 13 protests, V said. Juozapaitis.

“Such people are also pumped up by similar concerts. The performers are coming and nostalgia for this past [Rusijos sudėtyje – tv3.lt] trying to instill. <...> There’s either a misunderstanding here, or something’s finally stirring all that porridge and our brains. Trying to vaccinate people who do not have resistance anti-Bolshevik, “brainstorming,” he said. 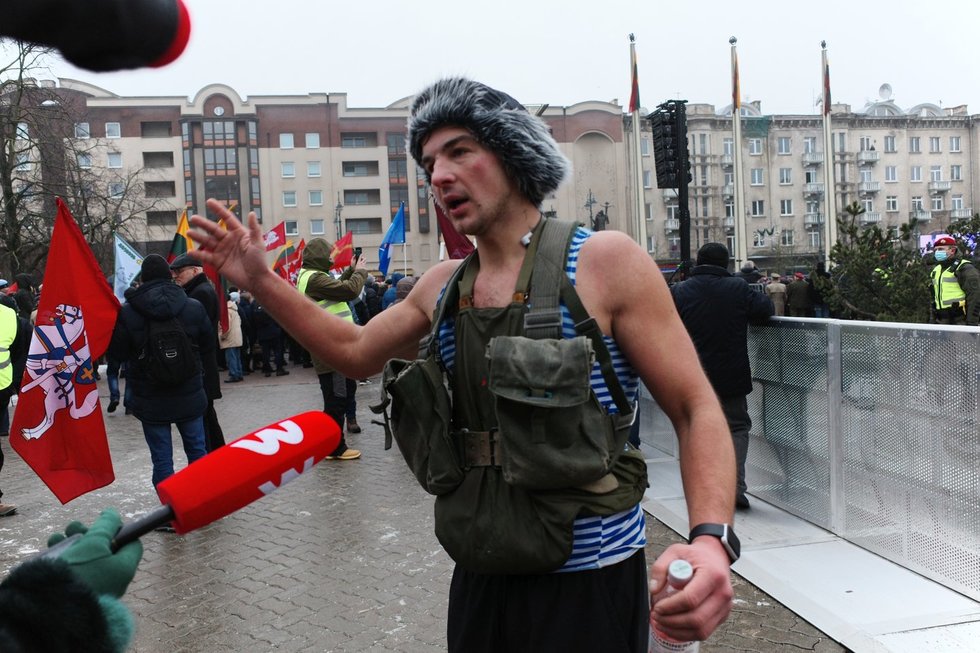 The portal tv3.lt contacted Kateryna Kristol, a ballet dancer of Ukrainian origin who worked at the Lithuanian National Opera and Ballet Theater and a student at VU TSPMI.

Kristol admits that Polunin is a masterful dancer, but not as politically significant as he can be. His career as a ballet dancer is coming to an end.

Asked about Polunin’s role in the world of art and politics, she said: “Polunin is not worthy of such attention. In the context of Russia-Ukraine relations, there is no role for it. He was a good dancer, but he has already finished his ballet career. ”

The news portal tv3.lt asked questions to the event organizers, but they did not answer in writing or answer the calls. When we receive a response from the organizers, we will complete the text.

The ballet “Rasputinas” is planned to be performed in other Baltic countries – Latvia and Estonia. October 1 this year. a performance in Vilnius is planned if nothing changes.

Lithuania continues its military presence at the Belarusian border