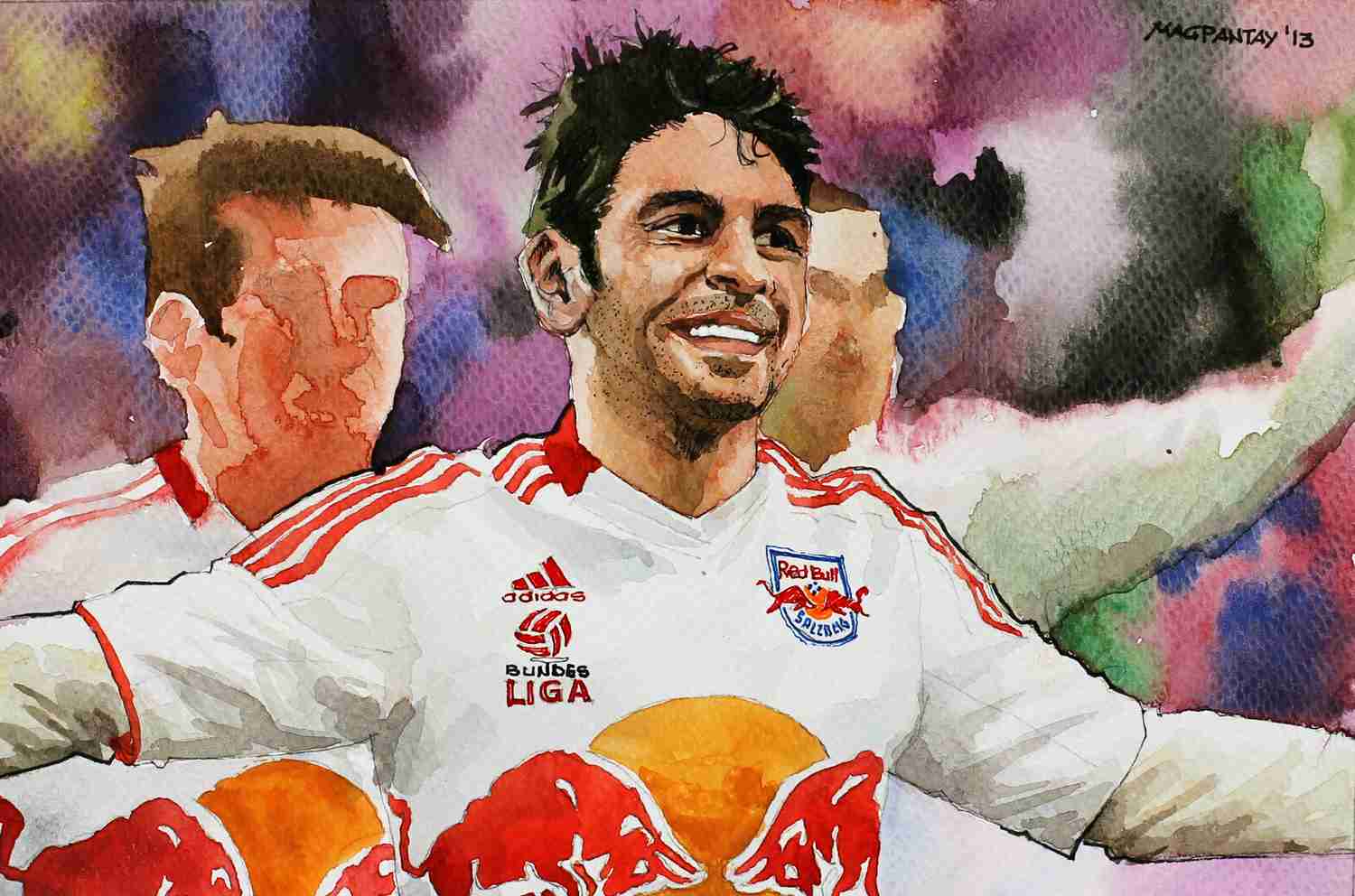 After we looked at some flops of the Austrian Bundesliga clubs in autumn and reported on what became of them after their career in Austria, in this series we shed light on the legionnaires who made the leap into the big football world via Austria and brought their clubs warm rain of money .

In the second part of our series, we look at players that Red Bull Salzburg sold abroad at high prices before the club’s greatest period of dominance in Austria began. Most of them made their way – one even made it to the top of the world. The second of three parts in our “What happened to” series about Red Bull Salzburg’s top legionnaires.

Three million euros West Bromwich Albion paid for the services of Cameroonian Somen Tchoyi in the summer of 2010. Salzburg themselves paid two million euros to Norwegian club Stabaek two years earlier and Tchoyi became one of the most dominant wingers in the Bundesliga. But no sooner had the 38-year-old left Salzburg than his career went downhill. Tchoyi was never able to assert himself at the WBA, and he also flopped in Augsburg. The left winger then kicked for Arema Cronus in Indonesia and sensationally also for Austria Salzburg, where he also barely attracted attention. From 2016 Tchoyi only played at amateur level, first at Markt Allhau, then at Bürmoss, Taxham, at the German club SC Constanz-Wollmatingen and since summer in the Salzburg league in Hallein.

Eleven million euros was paid by the Chinese club Guangzhou Evergrande in January 2015 for the Brazilian Alan, who now also holds Chinese citizenship and has played eight international matches for China. In 113 games for Guangzhou, Alan scored 61 goals and provided 32 more assists. Loan deals with Tianjin Tianhai and Beijing Guoan followed in recent years, where he also scored well and now has a total of 81 goals for Chinese clubs. Alan has been a member of the Guangzhou squad again since the end of December.

Twelve million euros Borussia Dortmund paid in January 2015 to pry Slovenian Kevin Kampl from Red Bull Salzburg. Since then, the native of Solingen has played in the German Bundesliga. Having flopped in Dortmund, Kampl moved on to Leverkusen just eight months later. Eleven million euros prevent Bayer 04 from getting the 31-year-old on the table. In the summer of 2017, the Red Bull circle came full circle and Kampl moved to Leipzig for 20 million euros, where he still plays today. With the exception of the 2019/20 season, when he had major injury problems, Kampl was and is a regular player and key player in central midfield with the Red Bulls.

Eight million euros was paid by FK Krasnodar to Salzburg in the summer of 2017, after the now 27-year-old Brazilian had only played in Salzburg for a year. The tricky right winger still plays in Krasnodar today and is a top performer for his team with over 130 games and 17 goals and 21 assists. In 2020, Everton and Sporting Lisbon expressed interest in the Belgian-Brazilian dual citizenship, but Wanderson extended at Krasnodar until 2024.

15 million euros paid the Chinese club Beijing Guoan in the summer of 2017 for the most influential player of the Red Bull era. Jonathan Soriano stayed in Beijing for almost two years and scored 31 goals in 36 games before moving to Al-Hilal in Saudi Arabia, where he flopped with three goals in 11 games. After that, the 36-year-old forward went back to Spain – first as a backup player at Girona, then at Castellon to end his career. In his last two years as a professional, the Spaniard has only scored one goal at league level and two in the cup. Last September, Soriano finally ended what was expected to be an eventful career.

23 million euros Southampton FC paid Salzburg in the summer of 2014 to bring Sadio Mané into the Premier League. The rest is history: two years later, Mané moved on to Liverpool for 41 million, where he is now in his sixth season and has become an absolute world star and role model for all children in West Africa. Mané won the English Premier League, was Champions League winner, 2019 African Footballer of the Year and played 80 caps for Senegal. Salzburg brought the left winger from Metz for four million euros in 2012.

Hardly any war refugees from Ukraine

Ten years in prison after attempted murder in Salzburg

Woman on trial in Salzburg on charges of attempted murder