The Czech Patients’ Union today appointed former Central Bohemian Governor David Rath as patient ombudsman for Central Bohemia and Prague. It aims to help protect patients’ rights and act as a mediator. He will not receive a financial reward for this work, Rath, who was released from prison on Tuesday after serving half of a seven-year sentence for corruption, told today’s press conference. The patient association applied for release. 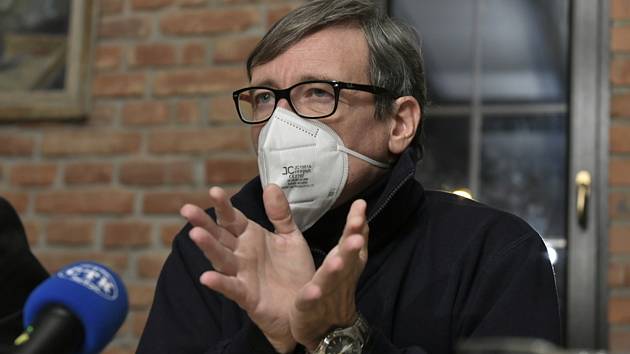 “The goal is for the patient to have the opportunity to stand up,” said Luboš Olejár, president of the Association of Patients of the Czech Republic, about the appointment of Rath. For many cases, according to the president, the best solution is not the court at all costs, but the situation can be resolved in other ways. Rath said today that he should advise patients as a doctor to turn to in specific cases. “The second thing is to find a certain level of peace,” Rath added. One of the goals should be, among other things, to improve communication between patients, doctors and insurance companies. Rath believes that in many cases, patient support can also help with contacting or formulating questions.

As an ombudsman, the former governor would also like to assess better communication with the Czech Medical Chamber in a specific case. In the future, Olejár did not rule out that Rath would perform the function of ombudsman for the entire Czech Republic; the union will now evaluate the volume of his work every month. In the first months, people can contact Rath via e-mail, which is published on the Patients’ Union website. According to the union’s management, the patient must be convinced at the end of the case that everything that could have been done in his favor has been done.

David Rath is out of jail. He served half his sentence for corruption

Rath has been working in the hospital surgery since Friday. From next week, he will also work at the medical center in the Brno prison, where he worked as a doctor at the time of serving his sentence. Rath said on Tuesday that they were to work in the prison two days a week and that they planned night services there.

The former police chief was detained in May 2012 with a bribe of seven million in a wine box. The Prague High Court later acknowledged Rath’s guilt in influencing tenders for the reconstruction of Buštěhrad Castle in the Kladno region. In this branch of the case, Rath received a seven-year prison sentence, a ten-million fine and a ban on activity, for gaining an advantage in awarding a public contract and damaging the EU’s financial interests. So far, he has paid about half of the amount.

Rath respects the verdict. He does not want to return to politics, he will work as a doctor

In the second branch of the case, the Regional Court in Prague unjustifiably extended Rath’s sentence by another year, and also imposed a fine of 18 million. According to the senate, another eight defendants and nine companies, including the construction company Metrostav, also committed crimes related to medical contracts in the region. The second branch will be dealt with by the High Court of Appeal in April.

‹ More vehicle charging points for longitudinal corridors are the goal of the European project in Sweden › Genoa, the “Safe City” video surveillance system is enhanced with 23 cameras