Place electrodes in the sediment and wait for nature to do its job: the bacteria present in this marine environment will organize themselves in the form of a biofilm which will colonize the surface of the electrode and protect the work of art. The CNRS and the start-up Corrohm have just patented this natural and infinitely revolutionary and very promising process.

We all have in mind the spectacular collapse of this Morandi motorway bridge, in Genoa, Italy in 2018, killing 43 people, where maintenance was non-existent. Created two years ago, Corrohm is a start-up specifically specialized in the fight against corrosion. In particular that, hyper-dangerous, of the so-called civil engineering infrastructures such as bridges and reinforcements in concrete and reinforced concrete up to offshore platforms.

“An ecological and natural solution”

The company, based in Toulouse, is at the origin of a unique patent in the world filed with the CNRS concerning a protective biofilm generated by the bacteria present in marine sediments! A revolutionary process. Very promising. David Garcia, one of the founders of this design office associated with the CNRS, explains: “With our process, we can stop any progress of corrosion.” Benjamin Érable completes: “This concerns all concrete structures in contact with liquid media, subject to corrosion of their metal reinforcements.” In quays, houses, piles of bridges, “essential structures to be protected”. He adds : “It’s an ecological and natural solution.” A natural process that provides electrons via organic matter, fish waste, decomposing algae…

Until then, we had two techniques at our disposal. That of the so-called “sacrificial” metals, in particular to protect, this time, the hulls of boats: zinc is placed in with an electrical connection and it is the zinc that will be consumed long before the steel because it is more fragile and less noble. You have to pay divers to change them, this is not neutral for the environment… You can also use cathodic protection by impressed current, using a generator. An electric field is sent to a piece of metal which will catalyze and oxidize the water and steal its electrons. 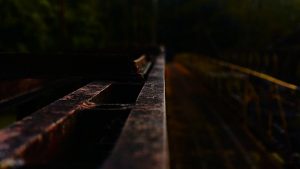 That of Corrohm and the CNRS goes longer. “We came up with a third solution, the process of which is simple: current is sent to the reinforcements inside the concrete to stop the corrosion, which is itself an exchange of currents. We’re on life, the bacteria in the marine sediments that generated this electric current.“And no one had thought of that before. “It’s a stand-alone solution. Renewable and at low cost because we do not have to intervene on the structure; we are not going to poke holes in the work. All it takes is two divers who go down and set up a metal mesh at the bottom of the water and it is the bacteria that will do the job by forming on the mesh. It’s just their life cycles that will produce the electrons to protect the steels.

The first two technologies, which are already eco-friendly even if they are expensive, between €500 and €600 per square meter, make it possible to extend the life of a structure. This avoids rebuilding a bridge too quickly, for example, which is a “a real environmental disaster with all the problems of waste treatment; and manufacturing, especially when there is cement, etc. We, in addition, we bring a renewable and inexhaustible technology! And which will therefore be less expensive. Bacteria persist their life cycle ad infinitum. It is these micro-organisms, mainly bacteria, which will cover the electrodes placed at the foot of a bridge, for example, which while living provide enough electrons to protect the work of art.

And in this case, there is no need to program “patch” style repairs which have a lot of problems: “According to a European study, one out of two repairs breaks after just five years. This is why we have a market that is clearly becoming aware that this protection is important for extending the life of structures.

Partnerships to forge with industry 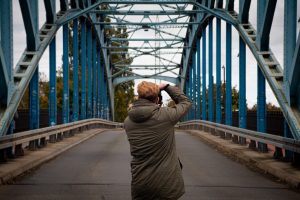 The industry should take advantage of this new process. “We are still in the development phase. This is why a doctoral student, Julie Dupuis, is writing a thesis on this subject. Her supervisor is Benjamin Erable, CNRS researcher at the Toulouse chemical engineering laboratory (LGC – CNRS, Toulouse INP, Toulouse III University – Paul Sabatier) and specialist in bioprocess engineering, who has been working for several years on electroactive biofilms (1 ) at the origin of the invention of this process. “We have demonstrated the proof of the invention. We are looking for a test site. The next step is to bring this invention to a real structure to reduce its effectiveness. Then, industrial partnerships could be formed.

Aging, degradation, breakage of metallic materials… all industrial sectors are obviously affected by the corrosion of reinforced concrete structures. “In France, the degradation of materials under the effect of the environment costs several tens of millions of euros each year”, says the CNRS. In addition to this exorbitant cost, major problems of reliability, safety and health are linked to these corrosion phenomena.

the Violets described by Hamza Sakhi?

The girls of Toulouse FC at the gates of a rise in D2, and the club of a slightly crazier season

‹ Map of housing prices in Europe. Warsaw is almost as expensive as Madrid, Lisbon and Rome › Police special unit in action – salzburg.ORF.at