Instead of Transgas, there will be apartments on Vinohradská Street

From the 1970s until 2019, there was a complex of buildings designed by architect Václav Aulický and his colleagues for the Transgas company. Between 2019 and 2020, the houses went to the ground and the vacant land was acquired by the development company PSN. Construction is now underway on the corner of Vinohradská Street near the main road. 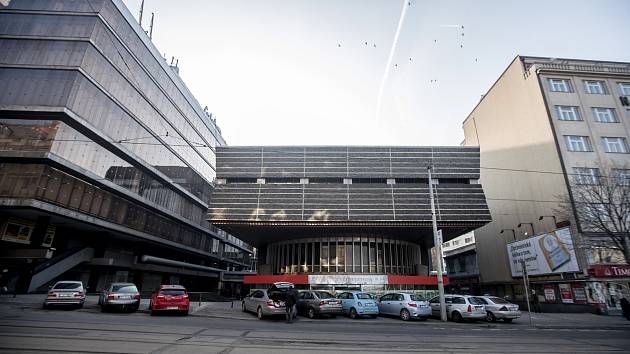 Penta Real Estate and PSN have joined the project, and construction of the new building could begin in 2024. According to the plans, it will be mainly a housing project. “We clearly want to preserve the character of the site. Vinohrady is mostly a residential area, so we want to prepare a project that will be primarily residential with only a small part of the project dedicated to offices and business units on the ground floor, “said Pavel Streblov, Penta Real Estate’s director for commercial construction.

“This is one of the most interesting and valuable plots of land in the center of Prague. I am sure that in connection with Penta Real Estate we will enrich Vinohradská Street with a useful, modern and architecturally very high-quality building,” said Max Skala from PSN. It was this developer who bought the land for 870 million from HB Reavis last year.

You can walk through Florenc. The Czechs and Slovaks won the urban competition

Both developers are now finalizing the study in collaboration with the architectural studio Jakub Cígler Architects, who have already worked on the project for previous owners.

Until 2019, there was a complex of three buildings on the plot, which were built between 1972 and 1978, mainly for the Transgas Gas Control Center and the Federal Fuels and Energy. The authors were Václav Aulický, Jiří Eisenreich, Ivo Loos, Jindřich Malátek in collaboration with Jan Fišer, the main designer was Jiří Kozák.

Penta bought another medical facility, a clinic in Prague

Later, the building was owned by ČEZ, which sold it to the developer HB Reavis of the Slovak billionaire Ivan Chrenk. His intention to demolish and build an administrative center here met with opposition from a section of the public who wanted to include the brutalist-style building as a cultural monument. The Ministry of Culture rejected the application, the demolition of the building began in 2019 and ended in February 2020.

Penta Investments is the owner of VLM, which publishes Pražský deník.

Live: TK AVIA City – a new district in the north of Prague

Prague Zoo 20 years since the flood: World pavilions have grown