Two of the three robbers smashed the glass showcases of the shop in Široká Street with demolition hammers, from which they gradually pulled out and took away a total of 75 watches for a total of 25 million crowns. Although they worked in gloves and therefore left no prints, one of them made a fatal mistake.

During the escape, he threw away not only the hammer but also the pistol, which he aimed at a security guard when he entered the store. “It should not be a problem for investigators to find out if it is registered and if it has already been used in some other crime, “Said former elite criminalist Jiří Kameník, now president of the Association of Private Security Services, to Blesk.

Another of the perpetrators, the one who entered the store first and kept a security guard in check throughout the robbery, again made the mistake of having bare hands. Apparently he relied on his fingerprints not appearing in any police database. “If so, he has entered the database with his actions, and if he ever commits a crime, he will be easily identifiable by his fingerprints., “Says security expert Andor Sandor. However, the thieves also found a number of other errors, which experts commented on for Blesk.

One of the clues for forensic scientists is electric scooter and electric scooter, on which the criminals disappeared from the crime scene. Detectives probably already know that the Yamaha Tricity 125 scooter can be rented in the metropolis for about 770 crowns a day, and they follow in the footsteps.

Witness opposite about two saleswomen, one of whom ran away from the robbers and the other was said to be huddled in a shop window. Their statement will also be crucial for the investigation.

White motorcycle helmet and veil with a clear inscription Mrs could track down criminals who sat behind the handlebars of a scooter while escaping. But experts consider this less realistic. According to them, the goods are so widespread that finding a place or an internet portal where the crook bought them is like looking for a needle in a haystack. The same is said to be the case with the Forclaz backpack that the robbers had with them. And the same goes for the clothes they were wearing, Sandor added.

The perpetrators tried to disguise themselves by they wore veils and helmets or caps on their heads. “In addition to the way they move, security camera footage can reveal their eye color, for example. However, if the robbers came to the Czech Republic only to carry out one action, and they are long beyond the borders, this trail will probably lead nowhere, “said Kameník. 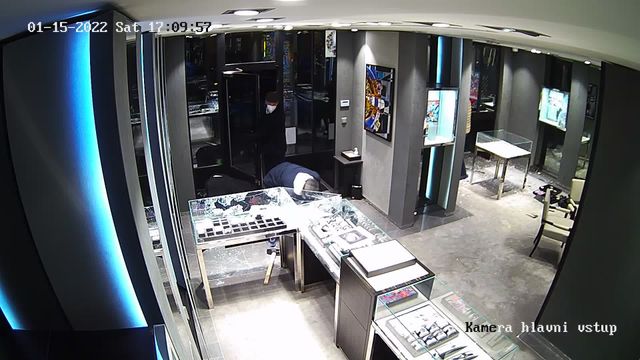 Million robberies of watches in the center of Prague: Hammers and a paralyzed salesman PCŘ 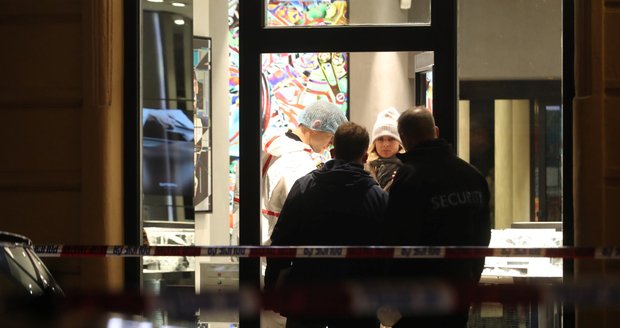 Three masked men raided a luxury watch shop in the center of Prague. They took the goods for several million crowns. (January 15, 2022)

Prague is looking for a new voice for trams and buses. It will be selected by people in the survey

‹ The State Duma called the US scenario of Russia’s invasion of Ukraine nonsense Russian news EN › The hockey players of Litoměřice defeated Kolín 4: 1 and lead the first league by 15 points