Prague 5 has opened 22 apartments for the elderly in the former chateau. The construction became more expensive by more than 25 million

Housing is a big problem in the whole of Prague, there is often talk of a lack of flats for a young family. However, this is not the only problem, there is also a desperate shortage of apartments for the elderly, which have been adapted to their specific needs. There is also a fundamental shortage of these flats in Prague 5, which in recent decades has been selling city flats rather than acquiring some.

That should change in the coming years. In addition to Raudnitz’s house, other similar flats should be built nearby – in a planned new building in Hlubočepy. “This project has a building permit and we could start construction in two years at the latest. We are planning other flats on the site of the closed cultural center Poštovka in Motol. Here, too, several dozen flats for seniors could be built, “said the mayor of Prague 5 Renáta Zajíčková (ODS).

The move will take place in February

After the reconstruction, a total of 25 flats are available in the former chateau. Twenty-two of them are intended for seniors, two will be teachers and one of the apartments is intended for building managers. “The flats are smaller – 1 + kk and 2 + kk, we expect the new inhabitants to move during February,” said Councilor Petr Lachnit (YES). AGAINST there should also be a community center within the complexthat will create activities for both seniors and families with children to blend the two worlds.

“We anticipate and welcome the participation of local associations, developing neighborly relations and intergenerational meetings. There will be social halls with a tea kitchen for social events, a winter garden with seating, the south courtyard will offer outdoor seating in the courtyard with elevated flower beds for growing ornamental and useful plants, “added Councilor Lachnit.

There will also be a wellness center, massages and a hairdresser, and the Center for Social and Nursing Assistance in Prague 5 will take care of everything. Of course, there will also be a general practitioner’s office, which will be intended not only for local seniors, but will also be available to people from the surrounding area.

It was originally planned that Raudnitz’s house would open in the autumn, but there was a delay of several months. The project began to be prepared ten years ago, when the tenders won the tender with an amount of 137.1 million crowns together with the company POHL, which carried out the construction work. However, the price of the construction increased to a total of 162.2 million in the two years since the contract was signed. 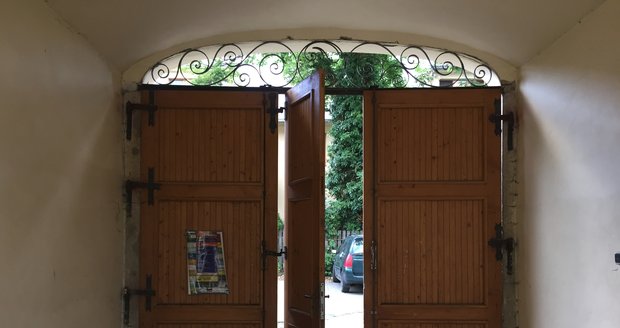 Raudnitz’s house in Hlubočepy is to be renovated by mid-2021.

‹ The pre-match Monaco – Clermont Foot in three points › in Dijon, Soyaux-Angoulême is preparing to play “the most difficult match of the block”