Sport: Handball European Championship: The Hungarian national team has suffered a historic defeat against the Netherlands


Do you want to be informed about the most important news immediately?

The notification feature is available in the following browsers:
Chrome 61+, Firefox 57+, Safari 10.1+

Thank you for subscribing!

There was an error signing up, please try again with the bell icon in the header after refreshing the page.

You are already subscribed!

The notification feature is disabled in your browser!

If you want to be notified, please enable your browser settings, then please try again with the ringer icon in the header after refreshing the page.

For the first time in their history, the guests managed to beat the Hungarian ensemble.

The Hungarian men’s handball team’s participation in the Hungarian-Slovakian European Championship, which hosts Budapest, Szeged, Debrecen, Bratislava and Košice, began with a match against the Netherlands. In addition to the Hungarian and Dutch ensembles, Group B is made up of teams from Portugal and Iceland.

This is the 13th continental tournament, in which the Hungarian team also participates, but the first men’s adult world competition in the sport is partly hosted by Hungary. The best European appearance in the national team so far was the sixth place in 1998, the last was the ninth, and this year the Hungarian federation is expected to be among the best eight.

So far, the Dutch have been defeated all twenty times by the Hungarians, who will face two teams from Slovenia, Denmark, Northern Macedonia, Montenegro and Croatia, Serbia, France and Ukraine in the semi-finals.

The spread of the coronavirus during a tournament can be a significant factor. Many of the players and staff members of the participating teams have already become infected, which is linked to the complaints of the French, Serbs and Montenegrins about the organization, and any further illnesses may become ill. According to the rules, anyone who becomes infected during the tournament must spend at least five days and can only return with two negative PCR tests. Due to the epidemic, the fans can occupy only a quarter of the stands in the two halls in Slovakia, there is no staff limit in Hungary.

The Hungarian national team, which took fifth place at last year’s World Championship, will play all the matches in the MVM Dome, which was handed over in Budapest’s people’s park and handed over for 78 billion forints last month.

The Dutch led the first action and immediately opened the goal of Mikler Roland, but it didn’t take long for the answer: Máthé Dominiké threw the first Hungarian goal in the new hall.

By the end of the seventh minute, the Dutch had developed a three-goal advantage (2-5). The seven-week-old went in with them, but the Dutch goalkeeper caught the judgment of the Hungarians. The Hungarian team could not live with the two advantageous minutes.

By the 11th minute, the Dutch advantage had increased to four (3-7).

I finally got the fourth goal! Mikler defended heavily, Lékai crossed the ball with the ball, handed it to Pedro to the edge, who hit it next to Ravensbergen goalkeeper (4-8).

The Hungarian team still played with many mistakes in the attack, there were too many balls sold, and if the shots were made, the Dutch goalkeeper made his way to the attempts. The captain was not satisfied with the defense either, he tried to remedy this with a goalkeeper change, he sent Márton Székely in the first half, who opened with a nice defense.

The game of the Hungarians did not change in the jump, the Dutch goalkeeper Máthé took another week, then the Dutch were able to build on their advantage, in the 20th minute the position was 5-10.

The silence of the Hungarian goal was broken by Richárd Bodó, he brought the 6th hit of the Hungarians with a shot, to which the Dutch answer was immediately received, and even Adrián Sipos was exhibited. From the empty goalkeeper attack, the Hungarian team came closer with the goal of Hanusz Egon (7-11).

For the last minutes of the half, events spun up. First Lékai sold the seven fought by Gábor Ancsin, then Bodó found it (9-11). The Dutch asked for time in the 28th minute and then continued to score with a Chinese figure, to which Banhidi was able to respond. Szekler caught a big one in the last minute, but Anchin’s shot didn’t go in, so at the end of the first thirty minutes it was 13-10 for the guests.

It seemed that the Hungarian national team was finally starting. The team got closer to the Dutch with Máthé’s goal, then Bánhidi flashed and there was only one left. However, the Hungarian team was not able to equalize, although it can also play to human advantage.

By the beginning of the 39th minute, the opponent had a four-goal advantage again (14-18), Lékai’s goals were very important for the Hungarian team to keep up. However, the attacks were difficult to build again, the Dutch pedg really felt where the ball could be sucked in near Szekler, so it grew to the other four.

In the 41st minute, Ten Velde was shown a red card after hitting Máthé in the face and Pedro scored the team’s 17th goal. Then, after an infinite Dutch attack, then a sold Hungarian ball and Székely’s great defense, Lékai arrived and hit the 18th.

That’s when the voice of the Hungarian fans came in the new hall, where all the tickets for all Hungarian matches were sold. Not only were they encouraged, they were also told by the referees: it seems as if the Dutch were leaving the attack time a little longer than they needed to be.

Nearly twenty, Petar Topic! Twenty, Matthew over the wall. However, the Dutch still did not let the Hungarians get closer, in fact, they re-scored from the wind, and again there were three among them (21-24).

Bodó bounced up from nine, but another Hungarian rule and a week ruled out another construction. Sipos made a mistake, he shot the Dutch goalkeeper in the abdomen from two meters, and many thousands of Hungarians got their hands in disbelief. The opponent asked for time, from which he regained momentum and scored his 26th goal. On the Hungarian side, the only answer was another ball.

In a moment, however, the mood, when Bodó was successful twice in a row and changed the result to 25-26, ria-ria-Hungária roared in the hall, and the Dutch attack was accompanied by a constant whistle. This did not stop them from scoring a goal.

In the 55th minute, Pedro scored his third, very important hit, Székely defended and the Hungarians attacked for the equalizer. Lékai put it in, but the stall fell behind, so the chance was gone. And the Dutch made no mistake, scoring their 28th goal after a long attack dotted with fouls. Lékai was able to answer, and Székely was back in place, so with the encouragement of nearly 20,000 Hungarians, they set off again for the mouse. And Lechai did not make a mistake: 28-28.

The Dutch no longer allowed the host to attack for leadership: they regained leadership, while the Hungarians gained a human advantage after hitting Léka. Or they would have been if Lékai had not entered the field illegally and had not been given two minutes by the referees. the result for the Dutch was the ball. And he was also thrown in, 30 seconds before the end (28-30).

The hasty Hungarian attack died in the Dutch goalkeeper, the federal captain asked again and they were able to line up again in front of the Szekler gate 9 seconds before the blowout. And again, they made no mistake. 28-31 came to an end, defeating the Hungarian national team for the first time in the history of the Netherlands.

The most successful player in the Netherlands, also the best in the field, was Kay Smits with ten goals, Dani Baijens hit eight times. 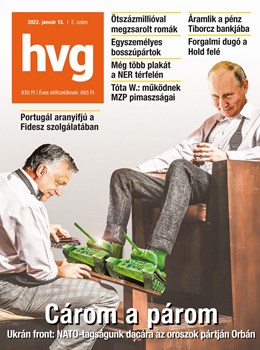 Order the HVG weekly on paper or digitally and read us anywhere, anytime!

The number of editorial offices independent of power is steadily declining, and those that still exist are trying to stay afloat in a growing headwind. At HVG, we persevere, not giving in to pressure, and bringing in domestic and international news every day.

That is why we ask you, our readers, to support us! And we promise to continue to give you the best we can!


Recommended from the front page

He is happy to put Hungary under pressure Christmas + video

Will inflation over 10 percent continue in Hungary next year?

This year, the lady of the Grand Chamber became the honey queen of Hungary

‹ The third detention facility in the Czech Republic was established in the Pankrác Prison in Prague. In Brno and Opava, the facilities are overcrowded › Mercato | Mercato – OM: Sampaoli dreams of a nice blow for the succession of Amavi!