People MotoGP new blow to the goal of Fabio Quartararo: after PSG and Juventus, here is AC Milan

Fabio Quartararo is a MotoGP World Champion who does not hide his second passion after motor sports which is football. So much so that he manages to be opened by rival clubs. Thus, if the official Yamaha is from Nice, who plays in the Parisian championship of France, he affirms himself a supporter of the PSG club while in Italy he has a crush on Juventus in Turin, but also AC Milan …

Fabio Quartararo went to Milan and had a dinner meeting with two players of this team, with whom he posed in photos: Theo Hernandez and Brahim Diaz. The first is one of his compatriots who also gave him a club jersey with a dedication and an autograph. The two posed in a photo that the player then shared as a story on their official profile. Instagram.

Fabio Quartararo loves the round ball

A leisure evening for Quartararo, happy to meet his friend Theo Hernandez and also Brahim Diaz for a moment of conviviality. During this winter break, the World Champion recharges his batteries to be at his best at the start of the MotoGP 2022 season. The first test is scheduled for the beginning of February in Sepang.

In Malaysia, the defending champion expects important responses from Yamaha, who he criticizes for not having sufficiently improved the M1 during the post-championship tests carried out in Jerez. He has made demands on the Iwata house and expects to be satisfied, at least in part. The stake is also the renewal of his contract, which expires at the end of 2022. His departure is not excluded, his manager Eric Mahe one already had contact with other teams. At the house of Yamaha therefore they cannot sleep peacefully. 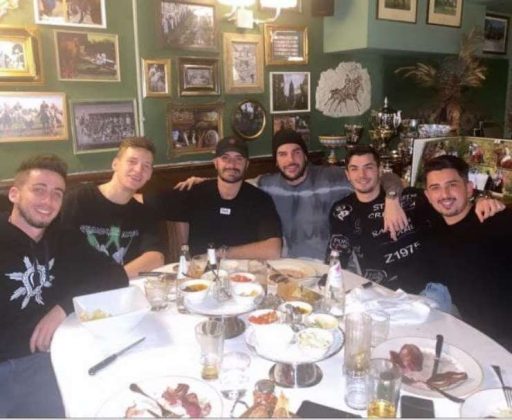 Ismaël Bennacer in a showdown with AC Milan?

‹ Toulouse: a black Thursday in schools where teachers are called to strike against the health protocol › The rivals of Russian tennis players in the first round of the Australian Open have become known