Let’s work together for the prosperity of Bulgaria

Today is one of the most important days for the Roma community – “Bakhtalo Vasiliy”. On this day, I want to wish health, prosperity and success to all Roma. Let us work together, as over the centuries, together for the prosperity of Bulgaria. This is what the Prime Minister Kiril Petkov wrote on his Facebook account.

We have stated that we will work for change. In order to achieve this change, it is important that all Bulgarian citizens, including the Roma community, do not support and give their best. I take this opportunity to say that we will work in the interests of all, regardless of their ethnicity and religion, so that Bulgaria can take a worthy place among developed and democratic countries in Europe and the world, she wrote.

St. Basil’s Day, which we celebrate on January 1, is not only a holiday named after Saint Basil the Great, but is also known in our country as a new …

9 ministers will be under parliamentary control

The entire board of “Irrigation Systems” has been fired

Ivaylo Dichev: Strict sanctions are needed for lies on the subject of covid. Lies that kill people

Radostin Vassilev: On Monday I will release the entire leadership of the lottery

Djambazki to Escobar: Macedonian minority in Bulgaria has not been and will not be!

Sotir Tsatsarov resigned, but on March 1

From “medieval peasants” to “a handful of fascists”. How the parties (did not) react to the protest of “Vazrazhdane” 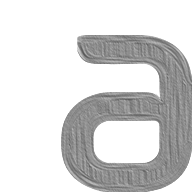 Help the news reach you!

We are glad that you are with us here and now!

Every donation helps our cause – objective news and analysis. Be an active participant in the change!

How close are Romania, Croatia and Bulgaria to joining the Schengen area? ᐉ News from Fakti.bg – World

‹ Handball: Surprising Netherlandsm Hungary in Portugal group › VENICE | FROM 17 JANUARY THE FUTURE OF THE SPEEDLINE – ANTENNA TRE WILL START AGAIN