The eyed beauty mysteriously disappeared, it was said that the Nazis were to blame. Where did Macha’s film Lori go? Secrets of celebrities

PHOTO / VIDEO there was an extraterrestrial fragility and the sight of big eyes, as if shrouded in gentle sadness, catapulted her alongside the biggest stars. And then she fell somewhere, literally from day to day.

The beautiful and talented little girl had all the prerequisites to become a star. Although Czechoslovak cinema was used in the vibrant world of the 1930s for only four years, the audience was immediately impressed. Lovers of films for witnesses will probably remember the fragile brunette girl, who resembles Klára Issová in terms of acting and features, as a representative of the life partner of the Czech romantic poet in the biographical drama by Karel Hynek Mácha. And then, as if the ground had fallen on her, the newspaper even reported that she had died, among other things, it was rumored that the Nazis were to blame. The good actress and talented singer Karla Oličová struggled with her fate for another forty-five years, and her only consolation was her faith in God.

In the care of the first lady

The granddaughter of the Prague police director and court councilor Václav Olič Karolína was born on October 22, 1915. But she saw the light of day as her funeral, because her father Karel, an officer in the Austro-Hungarian army, fell on the front of the First World War. Shortly afterwards, her mother also died, so her father’s sister Anna, who was married to a singer and music teacher at the Prague Conservatory, Louise Kadeřábek, took care of her. The family lived in a house in Královské Vinohrady, which they owned. Anna Vlčková also lived in it, after the marriage of Hana Benešová, who was adopted by her single and childless aunt Eva Šulcová, a former housewife who inherited considerable property from her lonely employer. Anička, just as old, became inseparable friends, so when needed, the future first lady took care of Karel for four years. After five classes of primary school, Karla began studying at a French grammar school, under the influence of family tradition, love of theater and especially opera, but after graduating from the sixth grade she transferred to the conservatory to study opera singing. 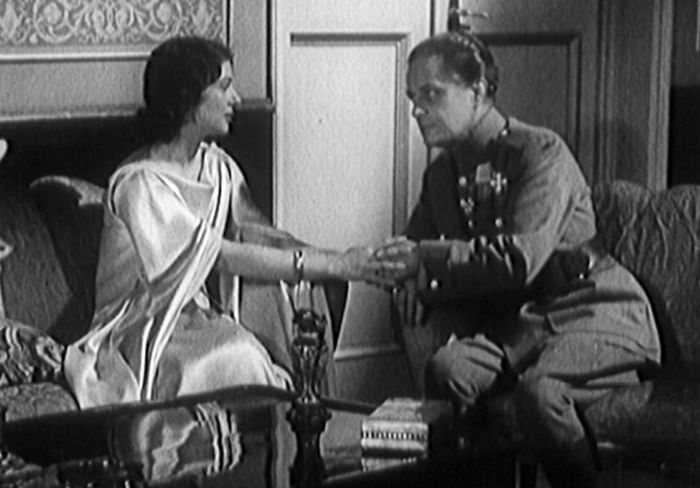 With a representative of the main characters, the Croatian actor Zvonimir Rogoz, in the drama by Milan Rastislav Štefánik; photo courtesy of Czech Television

It was at the time of the expansion of Czechoslovak cinema, so it is no wonder that Karel was also attracted to the film industry and the modern studios of the Havel brothers in Barrandov. And it was in the legendary lookout restaurant Terasy Barrandov, an extraordinary work by architect Max Urban, where RA Dvorský’s most popular orchestra played every Sunday in 1935 and the whole of Prague danced Charleston. for voice test and photogenicity test. She succeeded and thanks to that she received a small supporting role in the chamber drama Bezděná, which was shot by director Miroslav Josef Krňanský based on the successful short stories of the popular writer and humorist Ignát Hermann. Even next to the beautiful protagonist of the main heroines, Nataša Gollová, who was also starting at the time, the exotic-looking brunette managed to excel, so she immediately received another offer. 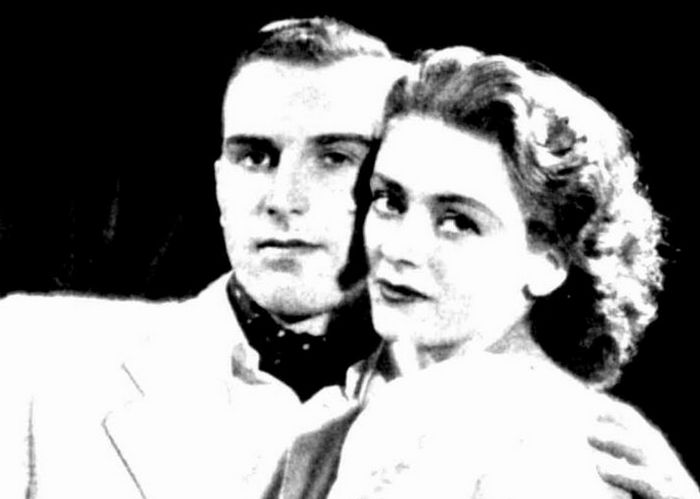 With Raoul Schránil in the comedy Your Heart Incognito; photo courtesy of Meissner Film

In the cinemas, however, her debut returned the other way around. The audience saw her for the first time as the Italian Marquis Giuliana de Benzonni in the biographical drama by director Jan Sviták about one of the three founders of the independent Czechoslovak state, Milan Rastislav Štefánik. And it wasn’t until a month later that Karlin’s first film premiered. Thanks to that, she fell into a box of new interesting faces, of which the filmmakers, who at that time literally spewed one film after another, so they reached for her three times in the following year. She played the supporting character of a nurse in Martin Frič’s romantic drama The Alley in Paradise, appeared in an ad for the guaranteed best Schicht soap with a deer, entitled What is it ?, but above all she played the mysterious Věra, daughter of heart incognito. And for the first time, she sang in front of her on camera. 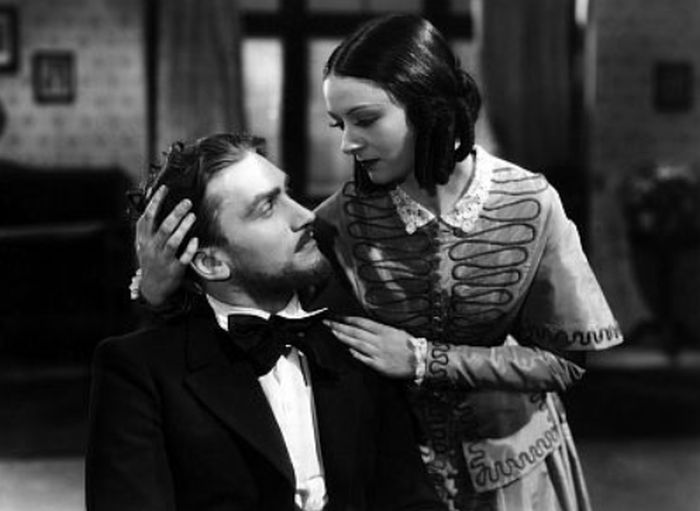 With her fragile charm, a soulful face with big eyes and a high forehead, lined with dark hair, Karla fit perfectly into the filmmaker’s idea of ​​the form of intelligent girls, whom fate in life and love just doesn’t want. Thanks to this, Innemann immediately entrusted her with the character of the breathtaking Turkish princess Zulika in his comedy with operetta elements Švanda dudák, which he made in 1937 on the 90th anniversary of the first performance of Josef Kajetán Tyl’s play Strakonický dudák. The most beautiful role was entrusted to her by the historically second Czech director Zdena Holubová, working under the artistic pseudonym Zet Molas. The character of the romantically sung, but in fact rather abused fiancée and mother of the son Ludvík Lori Šomková, in the biographical drama by Karel Hynek Mácha. Then she was cast by Otakar Vávra as Lenka’s hiding place, and one of the main heroes of Philosophical History, filmed according to the literary masterpiece of the same name by Alois Jirásek, falls in love. 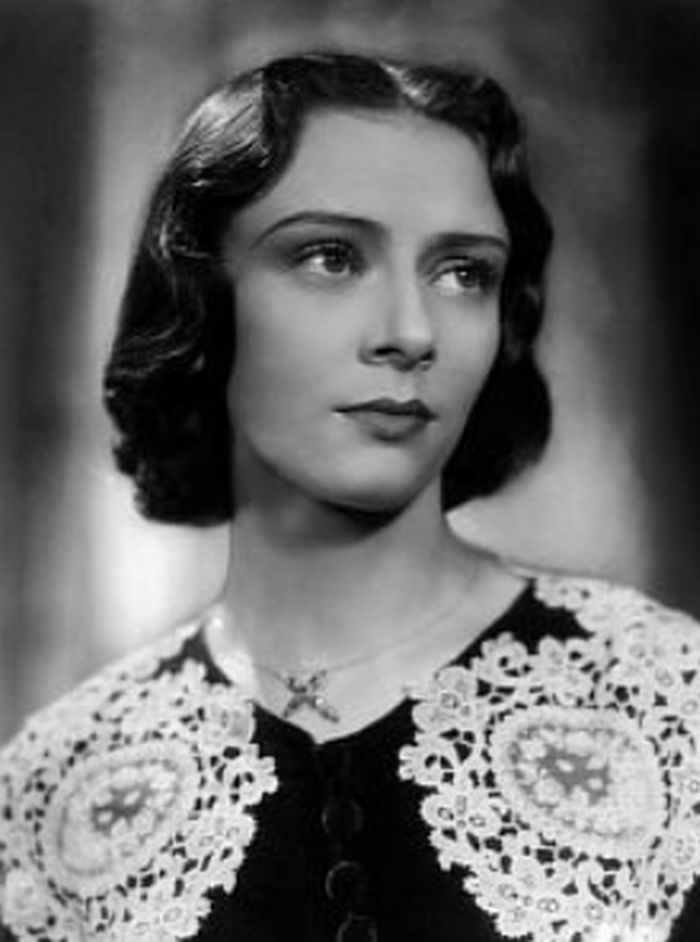 In the film adaptation of Karel Čapek’s novel The White Disease; photo courtesy of the National Film Archive

Last time in front of the camera

At the end of 1937, Karel still managed to introduce the audience as the Marshal’s daughter Aneta in the psychological drama White Disease, which was filmed by Hugo Haas based on a successful novel by Karel Čapek warning of the Nazi threat that began to shake Europe. A year later, Jan Sviták brought her back to the world of comedy. The film adaptation of Václav Štech’s successful and very frequently performed play The Third Ring, which premiered at the National Theater in 1900 and its plot is based on the entanglement of lies, intrigue and misunderstanding complicating the wedding of Mayor Sadílek’s daughter, successfully carried the plot to the to which the music of the popular composer Jára Beneš also contributed. Karla stood in it as the daughter of Růžen next to the adored lover Oldřich Nový, who put on his favorite mask of a seducer in a tailcoat, the film still enjoys the attention of viewers. 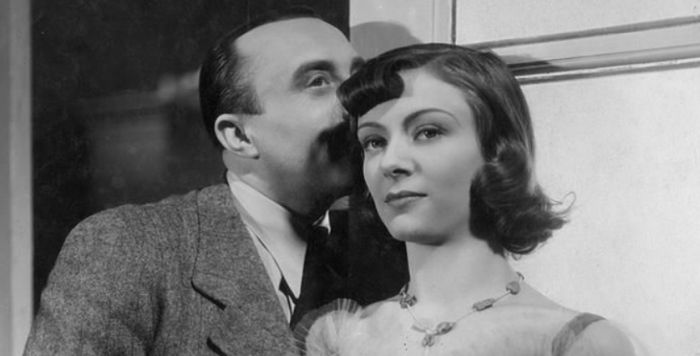 With Oldřich Nový in the comedy The Third Ring; photo courtesy of Czechoslovak State Film 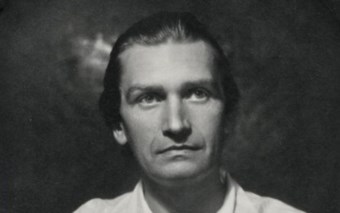 After the success of Sviták’s comedy, the film audience looked for its new beautiful star, but in vain. Karla disappeared somewhere, as if she had fallen underground. Logically, all sorts of speculations began to emerge, in 1940 there was even a short unverified report in the newspapers that she had died at the age of only twenty-five, and it was rumored that the Nazis were to blame. In reality, however, she suddenly withdrew into seclusion because she suffered from asthma and the disease was significantly reduced during hard work. She lived alone for many years and drew strength from her religious beliefs, so she may not have noticed that the public has already buried her prematurely. Therefore, her photographs from later years have not been preserved and she remained young and beautiful for her fans. She died in her early sixties on August 25, 1975 and is resting in the Olšany cemeteries in Prague. 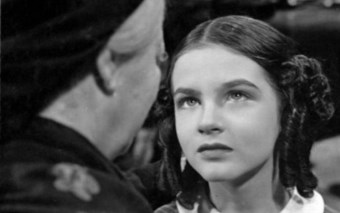 Prague is my destiny. It completely fulfills me, says Bečková, vice-president of the Club for Old Prague

Her name is Ada. The new workplace of the nursing service in Košířy is open

There were problems again on the Ostrava-Prague line, trains were up to 150 minutes late

‹ Fintech Bkn301, a San Marino company, focuses on Africa. The sun 24 hours › The Confederation of Finnish Industry and technology industry employers will find a common tone in the cost-benefit analysis