right quoted source, here are about 10 thousand bottles, of the most different shapes and sizes. From the outside, the museum also has a unique look. The six-story building, including two basements, is built in the form of a huge bottle. Hence its name, “Bottle”. It is 28 meters high, has four upper floors and an observation deck, made in the form of a glass lid. This unusual place has long been known outside of Transnistria. Many foreign tourists intentionally include visiting it in the itinerary through our republic, the Transnistrian publication points out.

The founder of the “Glass” Museum was a well-known Transnistrian businessman, founder of the “Tiligul” football team, Grigori Corzun. Unfortunately, last year, Grigorii Victorovici passed away and the one who now manages the museum is his son, Stanislav.

“My father decided to start collecting interesting bottles from all over the world, because he traveled a lot abroad. At first, the collection was collected in the basement of the house. When it started to grow, I had to not think about where to move it. And my father decided to build a separate building especially for bottles. The museum was built in 1998, “says Stanislav. 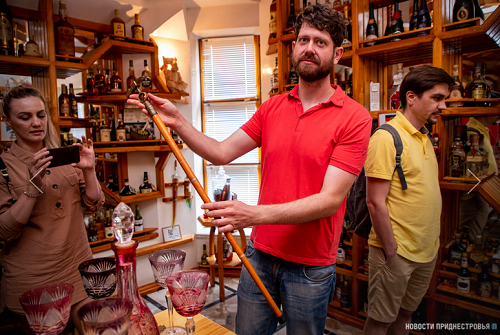 A collection gathered in over 30 years

So many interesting specimens have been collected over the past thirty years that it is impossible to examine them all in one visit, even for a few hours. Each bottle has its own history. There are rare and limited editions. For example, the first version of a 50-year-old Kvint “Prince Wittgenstein” brandy bottle. Or a 12-liter bottle of wine launched for the 1994 FIFA World Cup in America (there are only 20 in the world).

There is also a rare bottle of mead from 1882. It was found by chance by some locals to escape its land. Here is also “Kalashnicov” in the original version, as a gift. A life-size weapon-shaped bottle is kept in a wooden box.

The Polish section of the museum presents a leather-bound “book”, “Pan Tadeus” by Adam Mitchchevich – open the “book” you will find a beautiful bottle of Sliwowica vodka, a rare edition. Chinese drinks are surprising and even scary: from a bottle of Chinese alcoholic tincture “Three Dragons”, some snakes and a lizard are staring at you! 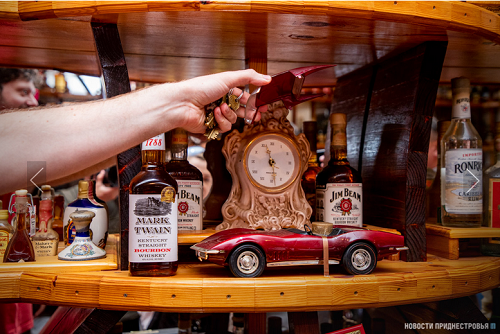 Strong drinks are presented in various forms: in police batons, royal crowns, cars, trams, planes, swords … The shapes and sizes are also very varied: from the smallest, like a bottle in Mexico . in the form of a cartridge containing 10 grams of whiskey, up to a huge bottle of Ukrainian vodka. There is also a bottle of liqueur with a pear grown inside ….

One of the last pieces of the collection is the brandy “Tiraspol”, launched for the Champions League matches, which took place not long ago in the capital of Transnistria.

In addition to the exhibition halls, the museum has two tasting rooms. The walls of one of them are made in the form of a honeycomb, where thousands of bottles of wine are kept. 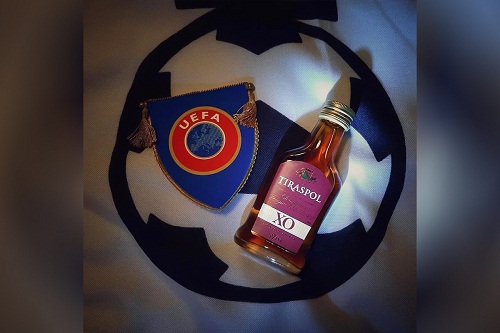 Better known abroad than in Transnistria 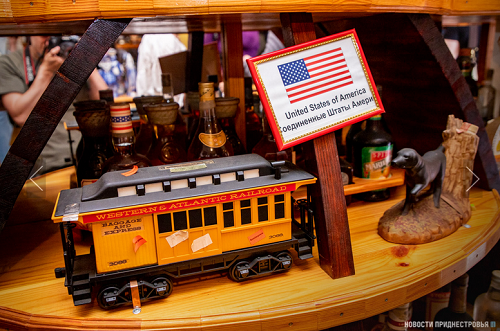 In 2003, the museum opened its doors to the public. However, according to Stanislav, not everyone in Transnistria still knows about its existence. The same cannot be said about foreign tourists: researching our region before the trip, they especially mark this place, states the Transnistrian publication.

“Foreign guests often visit us. When I study in Transnistria, I go to the museum on purpose. There were tourists from almost all over the world, various travelers. Sometimes they give us a special bottle from their country “, says Stanislav.

In addition to the museum, Corzun has a hotel, a cozy restaurant and a barbecue grill. There are fireplace rooms in the winter recreation area. None of the visitors, local or foreign, regretted arriving here

Ukrainians have not always celebrated the New Year on the night of December 31 to January 1, writes the publication ukrinform.ua, which makes a brief history of the winter holidays in Ukraine of the last centuries.

Between 1409 and 1700 on the territories now belonging to Ukraine the New Year was celebrated on September 1, and until 1409 spring was celebrated. The custom of celebrating the New Year in the fall was maintained in Podil, a historic district of Kiev, until the end of the 19th century.

Instead of a fir tree, an ash or a bush of viburnum was adorned with apples, cranberries, or other berries, and lighted candles. The custom of giving gifts does not exist at that time, states the quoted publication.

In the time of Kievan Rus’ (c. 880 until the middle of the twelfth century), the fir or spruce was not a symbol of any holiday, on the contrary. Spruce in particular was considered an evil tree and was used mainly for funerals. People at the time believed that evil spirits lived in spruce trees.

The tradition of the Christmas tree and gifts first appeared in Ukraine in the 1840s and was brought from St. Petersburg. The Russians, in turn, had brought her from Germany.

Instead, a kind of Santa Claus has always existed in the Ukrainian tradition. His name was Did Moroz (Grandfather of Ice), as in many countries of Slavic origin, including Poland, but … he never brought gifts for children. Only at the end of the 19th century, under Russian influence, Did Moroz became Santa Claus.

Contributed to the creation of the Europa Plus Press Magazine:

Other articles from the Europa Plus series of RFI Romania: https://www.rfi.ro/tag/europa-plus

Project in partnership with the University Agency of La Francophonie

Last week, over ten thousand cases of COVID-19 and 32 deaths were confirmed in the Republic of Moldova – Ziarul de Garda

Icons from the Metropolitanate of Moldova and WHO

Last hour! The first case of monkeypox was confirmed in the Republic of Moldova

‹ József Ging, legend of football but also a pioneer of Tirrenia › How to escape the cold in Portugal? Visit Madeira or the Azores – idealist / news