PICTURE: Vombat Cooper is out of isolation and looking forward to Praguers

At the end of this week, visitors to the Prague Zoo will see for the first time wombats named Cooper. He arrived from Hanover in December, but first had to go through compulsory isolation. 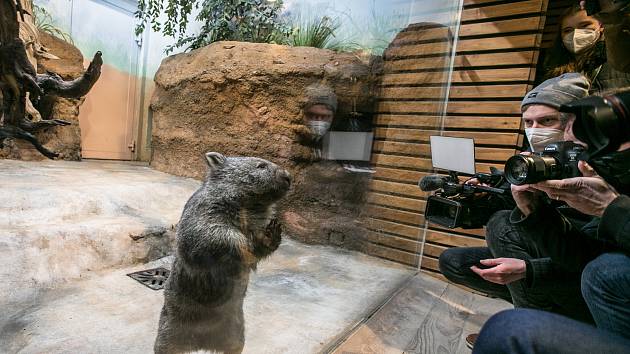 The marsupial has already introduced itself to the media, and will appear to the public in Darwin Crater with great glory on Saturday, January 8 at 12 noon. He will be welcomed by actor and moderator Marek Eben and confectioner Josef Maršálek.

“Wombats are relatively rare in Europe. Prague Zoo is the first Czech and eighth European facility to keep this interesting marsupial, ”explains Miroslav Zoo, director of Prague Zoo. A female should also come to Cooper in time, but she will be directly from Tasmania.

The wombat is the closest relative of the koala, inhabiting Tasmania and the wetter region of Australia. As the only marsupial, it remains active even in colder periods with falling snow. The food, which consists mainly of various types of grasses and sedges, is mostly spent at night. Trus vombata has the unusual shape of a cube, they often place it on elevated places and thus mark their territory.

“Our womb male was named Cooper in Hanover, which means cooper and evokes its barrel-shaped shape,” says Miroslav Bobek. “It’s really such a roller – and that couldn’t help me when I called Mark Eben, who once played a character named Roller.”

Baker and confectioner Josef Maršálek will also welcome the first Czech wombat together with Marek Eben. In addition to Cooper himself, two confectionery cubes will be introduced.