Municipal elections will test the strength of coalitions in Prague. A metropolitan Together is formed against the Pirates

The Pirates voted for the leader of the Prague candidates in December. They confirmed that they were behind Zdeněk Hřib. “Prague deserves political continuity and stability due to the completion of the work begun. Despite the fact that we evaluate our election period as successful, it was not possible to complete all the projects we started in three years, “said Hřib. He said he wanted to continue planting trees, measures to combat climate change, build urban housing and schools, or complete the D metro.

The coalition partners of Prague also want to remain at the head of the capital. As expected, the founder of this brand, Jan Čižinský, wants to run for mayor. “But we will still deal with the choice with our people in the city districts, when it will be a form of primary,” said Čižinský. Prague is going to the elections again as a civic candidate, so it has to get enough signatures. “We already have 20,000 signatures and the collection is going better than before,” he added.

The most interesting situation takes place with the third coalition partner. Together with Pirates and Prague, the metropolis is led by a three-party coalition of the United Forces for Prague, consisting of TOP 09, STAN and KDU-ČSL. However, the grouping will probably not continue. Representatives of TOP 09 and KDU-ČSL want to continue the nationwide success of the Together coalition and go to the municipal elections with the ODS, which is now in opposition in Prague.

“It must be fairly said that the ODS is closer to us in terms of program, this is evident today and every day at meetings at the municipality and council,” says the chairman of Prague’s TOP 09 and MEP Jiří Pospíšil. “We work well with the Mayors and the Independents, but their program is much more left-wing than ours, we must admit openly. You have to make a coalition with someone who is close to you in the program, “added Pospíšil. The head of the Prague STAN and the deputy mayor Petr Hlubuček did not respond to the E15 newspaper’s question.

The leadership of the Civic Democrats stands for the pre-election coalition, especially in large cities. He does not want to get back into the same situation as in 2018 in Prague, where the ODS won the election but ended up in opposition. “We all want the Together coalition to be successful and to confirm our electoral success in the municipal elections as well. We are also continuing negotiations on senate districts, because our goal is to keep the majority in the Senate, “said ODS chief and Prime Minister Petr Fiala. According to Pospíšil, the nominee for the coalition would be the nominee of the Civic Democrats. 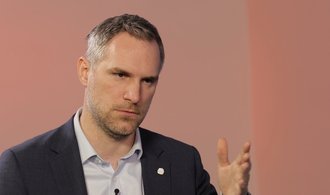 The situation remains clear for the Prague YES, which ended up in opposition after losing the last election. The regional cell of the movement does not even have a chairman, the last head of the Prague organization, Jan Říčař, resigned in August, and even left the YES movement. “I want to focus on something where I feel that my contribution will be greater,” said Říčař. The Prague YES will first have to elect a chairman, then it will start thinking about its candidate for mayor. However, the headquarters of the party, which last year appointed businessman Petr Stuchlík, a candidate for Prague, can intervene. 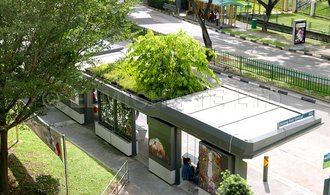 MP Patrik Nacher, the most prominent face of Prague’s YES, may not be running for office. “I have a sharpened campaign in Prague and I don’t really want to think about going back to it next year,” the deputy said. “I want to devote myself fully to my opposition work in the Chamber of Deputies, I am in charge of consumer protection, Merciful Summer, the Execution Rules will change, we are dealing with class actions, energy bastards. I think it’s better to do something full in one institute than to be half full in more places, “Nacher added.

Watch: The Arrows softball players fly to Barcelona on a winning streak

20 years ago, the Prague Zoo turned into a giant lake, mainly birds died

ČSSD and independents: Solidarity for Prague 4