Confectionery is alchemy, says Petra Burianová, the winner of the Bake the Whole Country competition

It took ten years to prepare a unique cookbook called Jihomoravský krajáč. While confectioner Petra Burian spends most of her time preparing desserts, this time she immersed herself in the secrets of salty cuisine. “I received an offer from President Grolich to help put together a recipe for traditional recipes. In the end, I chose about fifty of the more than a hundred, “says the woman with a smile. 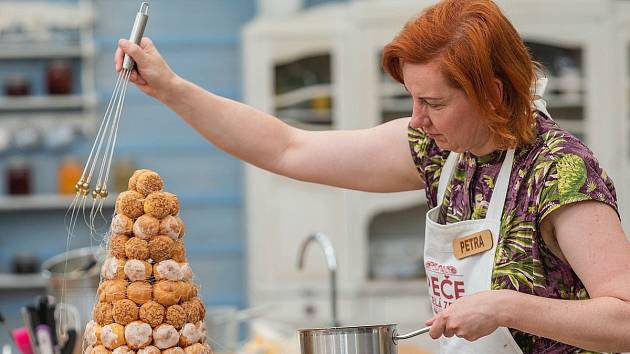 it took ten years to write a new cookbook called Jihomoravský krajáč. The winner of the Bakes the Whole Country competition, Petra Burianová, will work with the South Moravian governor, Jan Grolich, for example.

Choosing recipes so that they work together as a whole was time consuming, according to Burian. “You can’t write about something you don’t know. Therefore, we went to individual places to watch the craft that preceded the cooking. All recipes also need to be tasted and fine-tuned in detail, “I think the confectioner.

Although the confectioner living on the Vysočina farm recently won the well-known Peče competition for the whole country, she immersed herself in salty dishes exceptionally while preparing the South Moravian region. In seven chapters, readers will get acquainted with the secrets of preparing meat, vegetarian dishes or, for example, sourdough desserts. It was the traditional sourdough cakes that inspired her to create the so-called Cake Map of the Czech Republic. “Nowhere else is this sweet baked to the same extent as here. The fillings, shapes and taste of the leavened dough vary so much between regions, which is why I was thrilled by the cakes, ”admits the former lawyer.

New Year’s Eve in Brno: a man wanted to jump off the walls, other guards called for a battle

However, Burian herself admits that confectionery cannot be compared so much with cooking. “Sometimes I had to laugh at the stove. It is often enough for chefs to throw meat on the baking tray and pull, the conditions do not matter so much. They often have more room for imagination, they can exchange one ingredient for another and still cook good food. On the other hand, such preparation of kremolls requires time and patience. Confectionery is like alchemy, “laughs the confectioner.

And what recipe does Burianová appreciate most in the new South Moravian cookbook? “I was fascinated by pea pancakes. Absolutely simple procedure, after frying, it is also dipped in a dip made of sour cream and garlic, “the woman describes. She also inadvertently incorporated a New Year’s legume recipe into the book.

In addition to the TV show, she is currently preparing the second part of the Cookbook of Dough, in which, in addition to eighty recipes, she also described the magic of the craft. As she says herself, the sequel will include what flowed in the first part. “I do not plan any New Year’s resolutions. I will gradually continue the work I have divided. If I set myself some strict goals, I probably wouldn’t keep them anyway, “says Burianová.