10 biodiversity news from 2021 – would brown bears want to return to Lithuania? | Business

In this article, we will list the 10 good and bad news about biodiversity conservation that we heard in 2021. However, it should first be noted that the evaluation of scientific reports is a very subjective matter. Bad news, knowledge, is sad, but their performances are often viewed positively by researchers – new, more accurate information is always good news. Only knowing can help determine to come up with it, even those studies often reveal a multiplier truth.

But first of all, the gratifying news of 2021 biodiversity conservation from Lithuania and the world.

The fourth Lithuanian Red Data Book has been published

The Lithuanian Red Data Book, of course, works for the educated, but at the same time it is a legal document of the State. According to the information provided in it, the protection of rare and endangered species of plants, fungi and animals is organized in Lithuania. Therefore, new authorizations in line with the latest information can effectively contribute to the conservation of endangered species. And, you know, at the same time informing the public.

Red Data books are available in many developed countries. International publications and standards are set by the World Conservation Organization.

The Eurasian brown bear once lived sedentally in the forests of Lithuania, but now it only wanders from the surrounding countries. Nevertheless, the brown bear is included in the Lithuanian Red Data Book, where it is noted that it is an extinct species in our country. The natural creation or reintroduction of Eurasian brown bears is available because mature forests are replaced by young forests and there are almost no mixed-use forest areas where no intensive economic activities take place.

So where is the good news here? When reading the reports on the dissemination and social networks, you will notice that bears are more widely known in Lithuanian forests. This means that the changed forest situation would allow this species to recover. This is also noted in the new Lithuanian Red Book – 1990–2000. In Lithuania, the brown bear was detected about ten times, in 2015–2019. – more than thirty times. It is also noted here that it could be said that the brown bear is trying to return to our land. And this is happening, if not forest fragmentation and intensive economic activity.

By the way, science is making more and more arguments as to why forests need to be protected. Trees are not even the most efficient air purifiers and CO2 absorbers (some moss and algae do this extremely efficiently). However, forests are becoming oases of biodiversity. In addition, they filter groundwater, curb erosion and the likelihood of drought in the region.

The number of great pandas in the wild in the 1800s and now they are no longer endangered in China. This is the result of decades of great security efforts. The great panda is still a vulnerable species, but its population change vector, conservation status, and threat dynamics indicate that it is no longer endangered. In addition, the strong entanglement of great pandas in culture is likely to support the conservation of this species.

The recovery of the great panda population is, of course, very good news. However, in 2021, we also heard about the recovery of other previously considered held populations.

humpback whales are already 93 percent today. population size had before the 1830s (the entry into force of commercial whaling). Humpback whales were almost extinct in the mid-20th century, and their populations are now projected to be fully recovered by 2030, despite the fact that there are still many pollution and climate change issues.

Until recently, Australia’s eastern bandit was completely extinct, with a rabbit-sized population of terns shrinking to 150 animals. While bandits will continue to be highly protected, their population now stands at 1,500 animals and is slowly growing.

By the way, a recent study by Louisiana State University described as many as 14 species of cutters. So many new species of mammals have not been described in one work since 1931.

Life under the ice of Antarctica

a study published late last year surprised those who believe that there is no life in the dark and cold waters of Antarctica. Using hot water, scientists drilled a hole in about 200 meters of Antarctic ice. despite the fact that the environmental conditions there are particularly unfavorable for life (cold and long distances to open water), the researchers found 77 species. This – happening in samangivas and worms. The researchers were most surprised that some of the species found usually feed on phytoplankton, which is simply not present in those waters. Such a life was a great surprise in various conditions. 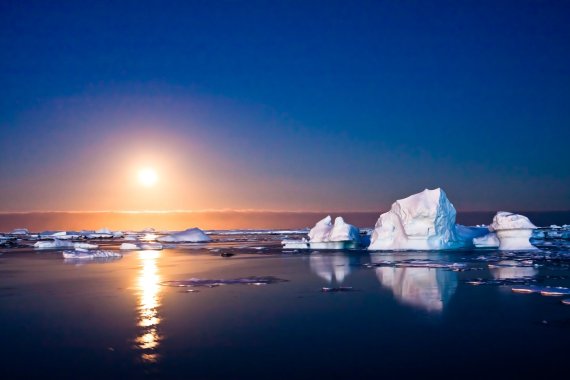 It’s nice to read the good news, but just as important (or even more important) are the ones that sound less cheerful. A good, accurate understanding of the situation can help in the development and coordination of environmental efforts.

The population of gray partridges is rapidly declining

There are many endangered species and all of them are important to list. However, the extinction of some of them may come as a surprise to many, as until recently, animals were commonly found. For example, the gray partridge has only recently been a common part of the rural landscape, but a significant (30-60%) decline in the population of this species has been observed during this decade. In the Red Book, gray partridges are rated as vulnerable. And what can do them is the most damaging to biodiversity.

Gray partridges are thought to suffer from the spread of huge monoculture fields. These are agricultural areas, common uniform crops. Areas that are heavily sprayed with herbicides and pesticides are free of plants and insects as much as partridge feeds. The distances between feeding places are increasing. Kurapkas also suffer from foxes and martens.

Remote areas of the ocean are not safe havens for biodiversity

Although man has touched almost every corner of the Earth’s land through his activities, parts of the great oceans have not even been explored. As a result, it was believed that coral reefs in remote locations could be more resistant to human impact and better withstand changing conditions. however now scientists say there may be no biodiversity in the ocean. And no, the aforementioned Arctic waters are not like that either. 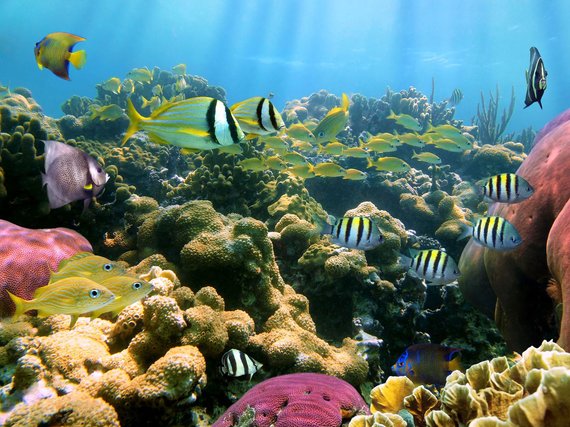 Researchers at the University of Helsinki have found that while remote reefs may be resistant to local factors (such as reduced fishing or shipping intensity), global factors (such as climate change) may still lead to a 40% decline in coral reefs. species of fish living there. Human activity goes further than many of me – remember, in 2019, a plastic bag was found in the Mariana Trench. Thus, even remote corners of the ocean are likely to suffer from human activity.

The disappearance of decomposers in rivers can have dire consequences

Decomposers are natural sanitizers who decompose various organic waste (dead plants and animals) and recycle the resulting materials. Many decomposers are quite small organisms that are vulnerable to pesticides and other forms of pollution. Larger decomposers appear to be damaged by microplastics.

Scientists say that decomposer populations in rivers are declining rapidly and this will inevitably have sad consequences. Dead plants and animals will no longer decompose so quickly, and the amount of organic waste in rivers will increase. This will worsen the overall eco-efficiency of rivers. Residents of rivers and other bodies of water will not receive enough nutrients, which are now processed by decomposers. Decomposers are often overlooked, but very important details of the ecosystem process. Just as we try to protect the pollinators, so do the decomposers.

Documenting endangered species is a scientific and administrative process, so the record we will mention soon is not so exceptional. however The U.S. announced in September that 23 species are on the verge of extinction, including the ivory beak genus. No one will tell you now when the last life of this bird will end. It is known only that the last genus of ivory beak was observed in 1944. Since this bird was not later recognized, it was time for it to no longer exist. The extinction of 23 species in one document has not yet been recognized – a sad record. True, as mentioned, this is also an administrative issue – the ivory beak genus could have been recognized as extinct even earlier. Thus, this record could have been avoided by bureaucratic means, although scientists warn that it is poor and such records will be broken more and more often.

The London Wildlife Museum announced this year it is possible that the world is on the brink of the sixth great extinction of species. Periods when many species become extinct in a relatively short time are not news for this planet, but this wave of extinction would be directly man-made.

The worse news is that we don’t know if we can stop it. Climate protection measures are, of course, to be welcomed, but the damage done may not be healed. In addition, humanity needs food, so harmful farming practices will not go away.

In a scientific sense, it’s all just information. However, the conservation of species seems to be an increasing priority and the focus on the environment will certainly only increase in the future.

Creditinfo Lietuva: The number of debtors is growing in Lithuania | Business

M: Lithuania will sow eggs, dairy and aquaculture products in Taiwan in the autumn

‹ A Greek olive producer has been honored with 400 international awards › Portugal should consolidate in 2022 “the path to overcoming the pandemic”, says Marcelo – DNOTICIAS.PT