Modifications await traffic at the Brno dam. The authors will submit the proposal within six months

The record season has had a boat ride on the Brno Dam. The number of passengers reached 286 thousand. Many other people headed to the reservoir for swimming and other recreation. In addition, the place will become even friendlier. The sought-after location has a better transport service by 2030. A proposal for its improvement will be developed by Atelier Era in Brno in the next six months. 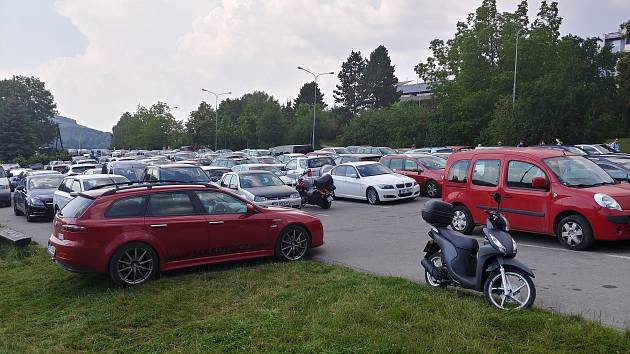 People often go to the Brno dam in their free time. Even more so in pandemic times, when travel was traveling. Traffic in the area often collapsed. Illustrative photo.

In the autumn, the town councils included the improvement of transport services in the area among the strategic projects. They have now approved the elaboration of a territorial study. “We want to address this issue as a matter of priority. In the area of ​​the Brno dam, partial projects are gradually being implemented, but there is no comprehensive concept there, “said Mayor Markéta Vaňková.

Architects from the selected studio have more comfortable adjusting traffic, designing parking and arriving from Přístavní Street. They also have to think about pedestrians and cyclists. Part of the proposal is to create a network of trails and routes for hiking and to improve the tram loop with Rakovecká Bay.

The first transport solution at the Brno dam: the access junction will receive traffic lights

According to the South Moravian Besip coordinator Pavel Čížek, it must be modified in the vicinity of the dam in such a way as to ensure greater safety of operation. “We have to move, there are huge cyclists, pedestrians, a lot of cars. Within reach from spring to autumn instead of a huge load, “Čížek pointed out some time ago.

The cost of preparing the study is almost nine hundred thousand crowns without tax. The authors have to submit the first variants in April, the final version two months later.

The proposal will cover an area of ​​850 hectares. Conceptually, it will be based on the prepared zoning study Recreation Area Reservoir and the new zoning plan of the city. “The selected contractor is familiar with the area and has already dealt with the previously processed transport study, which will save the time needed for processing,” Vaňková noted.

It’s about fingers and hands, says a pyrotechnician from Brno about New Year’s Eve firecrackers

The first traffic modifications around the reservoir will begin as early as 2022. The builders will focus on the intersection of Perimeter and Port, through which most drivers come to the dam. He will expand it and install traffic lights.

The planned dam 43 will probably significantly affect the surroundings of the dam in the future.

The boxers fought for a good cause. The new organization has raised a quarter of a million to support little František, who suffers from cerebral palsy

The Brno Engineering Fair will take place in October. Companies that were absent last year due to the covid will also return

The ride continues. After three years, Slavík raced at Fort William and won