Uhříněves: The surroundings of the railway station will change, construction will take a year

“Uhříněves is one of the most affected localities in Prague by transit traffic. Our aim is to restore her local character. Revitalization of the railway station surroundings and the creation of a transfer transport hub, which we place emphasis on public transport. We expect a timeless solution. The goal is to have a vision for the whole area around the station and the railway line on both sides of the tracks, “said Councilor Štěpán Zmátlo (KDU-ČSL).

The aim of the competition is urban planning to connect disparate urban structures, but also transport relations and links. This means, for example, solving the connection between railways and public transport buses, parking or the involvement of bicycle transport. This should create a new transport terminal. The winner of the proposed deployment of furniture and other elements of public enforcement and solutions will also be the lack of public toilets. Architects will also need to include the needs of local people in the plan.

The city district announced an urban-architectural competition for the restoration of the station’s surroundings in November this year. The evaluation of the portfolio of those interested in the competition will take place on Friday, January 7, 2022, and subsequently a tour of the competition venue will be created on January 27, associated with meetings with residents in the form of round tables. The participants will have to submit the final proposals in March and by June 9, 2022, from which the expert jury will select the winner. The deadline for the project to be completed by the winner was set for December 2023. The town hall is cooperating with the Czech Railways, the Railway Administration or the Ropid organization, which is planning Prague’s public transport, to transform the town hall.

Uhříněves is located on the southeastern edge of Prague and the railway line from Prague to Benešov and České Budějovice passes through here. In addition to long-distance trains, suburban trains of line S and suburban buses passing through the city district in the direction of Říčany near Prague also run there. 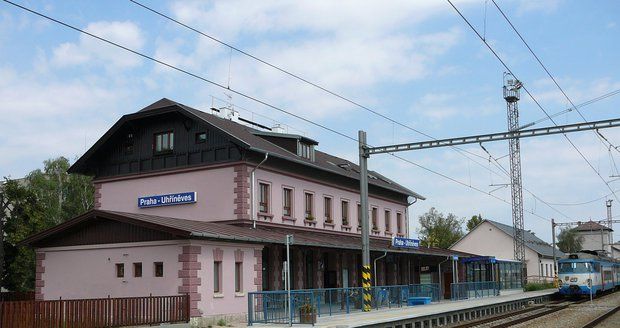 ‹ Liechtenstein is preparing for a strong increase in the corona case › Portugal: Brazil is out of mobility agreement starting this Saturday