Up to sixty thousand people will come to Prague to celebrate the arrival of the new year. Rescuers and police officers are ready Company News Pražská Drbna

According to the city company Prague City Tourism (PCT), 60,000 visitors could reach the capital on New Year’s Eve, which is significantly less than in the pre-covidu-19 pandemic. PCT spokeswoman Klára Malá said. Although there will probably be fewer people in the streets, there are also rescuers who will set up a large tent on Wenceslas Square, police officers and police officers. Clubs, cinemas, a theater and restaurants are also preparing for the last night of this year. There will be no New Year’s fireworks. People must abide by the covid-19 pandemic regulations. Since last year, the use of pyrotechnics has been banned.

There will be police and paramedics on the streets

“Due to the new omikron variant, the next three months are again quite uncertain for tourism. Around 700, around 700,000 people usually go to Prague, and this year we estimate that there will be a total of around 200,000 tourists. “ she stated Klára Malá.

The state and city police will oversee the order in the streets. According to a spokesman for the Prague police Jan Danek the police are still fine-tuning specific measures. “We’ll publish them on Thursday,” he said.

The rescue service will also be ready. “For the first time in 16 years, the Golem will not be added to Wenceslas Square, but a tent will be erected as a replacement for it. Although last year’s onslaught was not the same as in previous years, we are ready for it. “ said a spokesman for the Prague rescue station Jana Poštová.

There will be two crews on Wenceslas Square, including a doctor, and the other two will then be on Old Town Square. A coordination car will also be on standby, working with the police and police.

Saying goodbye to the old year and welcoming the new one is traditionally associated with firing fireworks. It was no different about last New Year’s Eve. However, New Year’s Eve celebrations have been fatal for some wildlife in Prague. 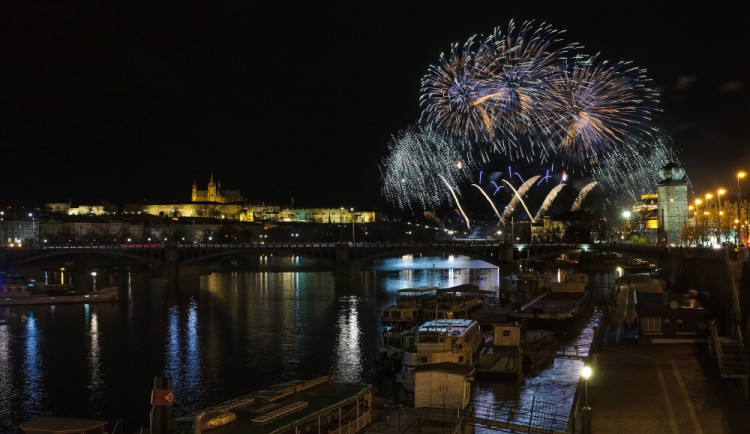 During New Year’s Eve, police officers in Prague found 183 violations of crisis measures, of which 17 cases dealt with the imposition of a total of 8,800 crowns, 19 violations were reported to the administrative body and the others dealt with an agreement. He also found 28 …

The Vltava will be guarded by the Water Rescue Service, there will be no official fireworks

The Water Rescue Service of the Czech Red Cross will patrol the Vltava. “It will be available on the water with our main hit by a boat and four rescuers who will be ready to intervene directly in the water,” said the chairman of the branch association Daniel Vičan. The boat will be equipped with radar, sonar and complete rescue elements, including rescue aids for spinal injuries.

It has been banned from using pyrotechnics in Prague since last year. These include the monument reserve, nature parks and protected areas, the surroundings of watercourses and islands, dams and dikes. The ban also applies around the Troja Zoo and homes for the elderly and other residential social facilities.

Residents and visitors of Prague can go to the theater, cinema or music clubs on New Year’s Eve. Alternatively, they can take a steamboat party on a New Year’s Eve party or go to a party in one of Prague’s restaurants. Due to epidemiological reasons, the capacity of events is reduced and people have to comply with anti-epidemic regulations.

Compared to previous years, the welcome of the new year on January 1, 2022 in Prague will be complete without fireworks or projection on buildings, so-called videomapping. Due to the covidu-19 pandemic, the municipality decided not to hold the event. In recent years, the current management of the city has given up the organization of fireworks, and the city welcomed the new year with the mentioned video mapping. The welcoming of the new year did not take place even a year ago.

‹ Rome, agreement with Maitland-Niles. New contacts with Arsenal › Legia Warsaw fans are the best in the world. The fourth such success of fans from the capital – Ekstraklasa – Sport Wprost