RETROSPECTIVE 2021: Back to the month of October

The month of October 2021 in the rearview mirror of Infos Dijon: from a virtual reality demonstration attended by Jean Castex in Auxonne until the very political inauguration of the Dijon Fair. 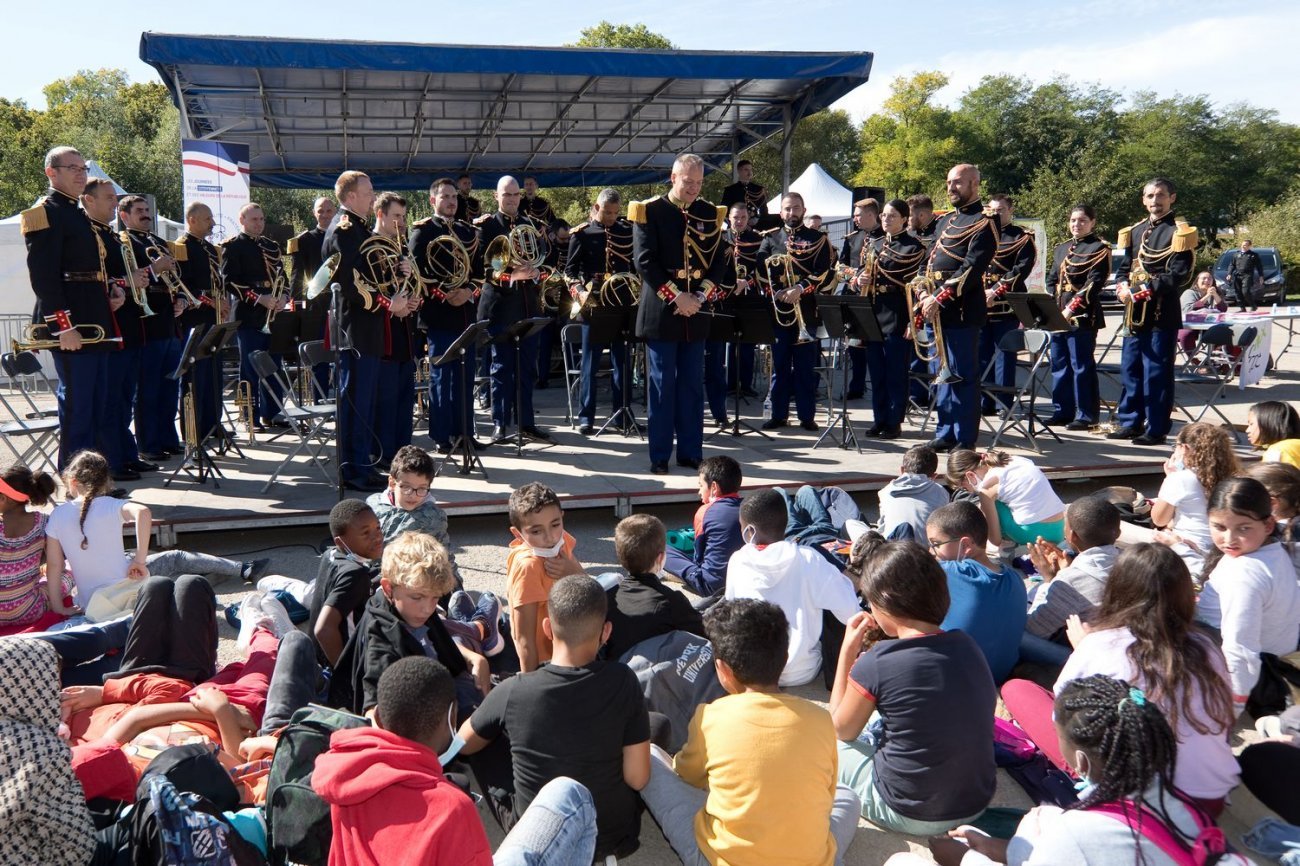 On October 1, the Republican Guard fanfare met in music the first Days of Citizenship and Values ​​of the Republic which take place at the Parc de la Colombière in Dijon. 1,200 pupils, aged 8 to 18, linked up throughout the day to follow the activities offered on the stands of the police, the gendarmerie or even Unesco clubs (read our article). 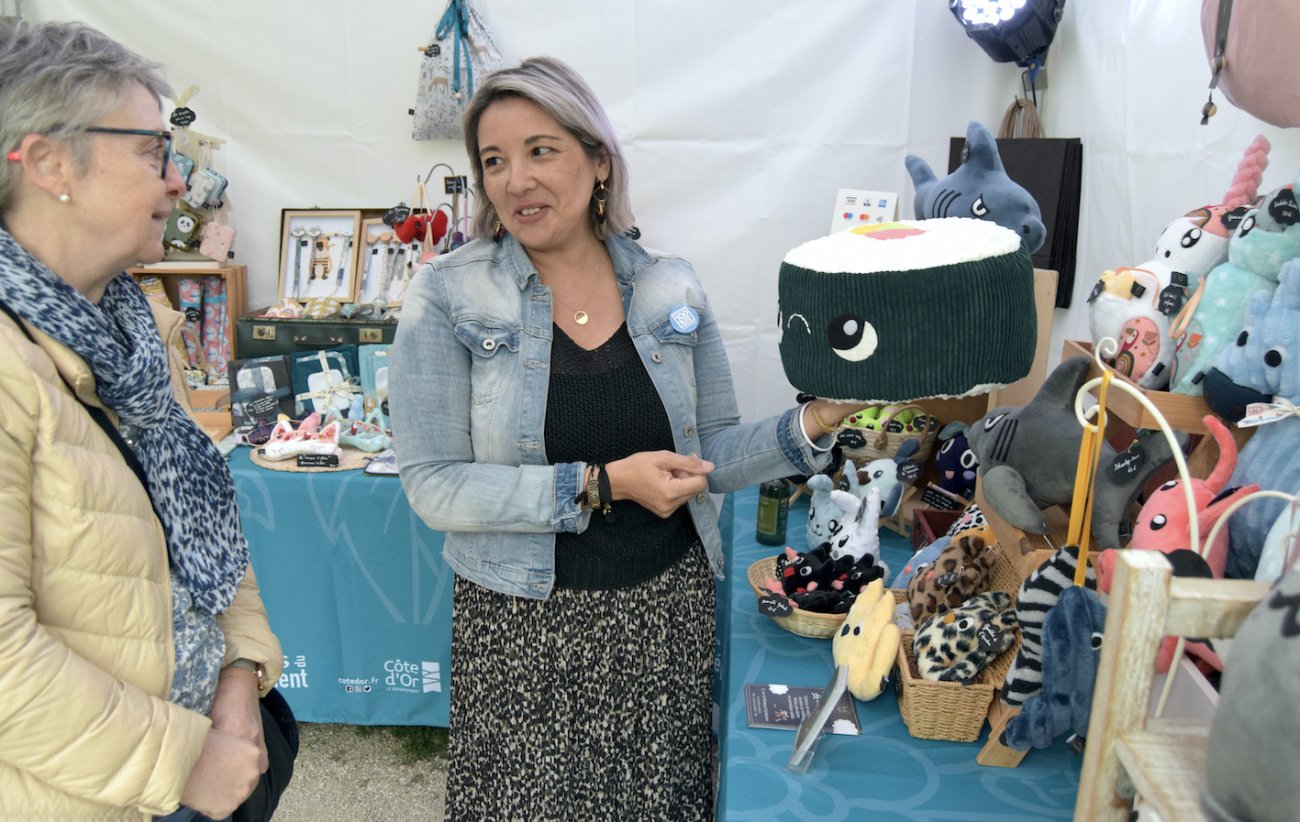 On October 1, the first 100% Côte-d’Or autumn market is inaugurated in the Jardins du Département in Dijon. Now, four such markets are set up by the Department, depending on the four seasons of the year. Place is given to the producers and artisans of the territory, as well as their products and creations (read our article). 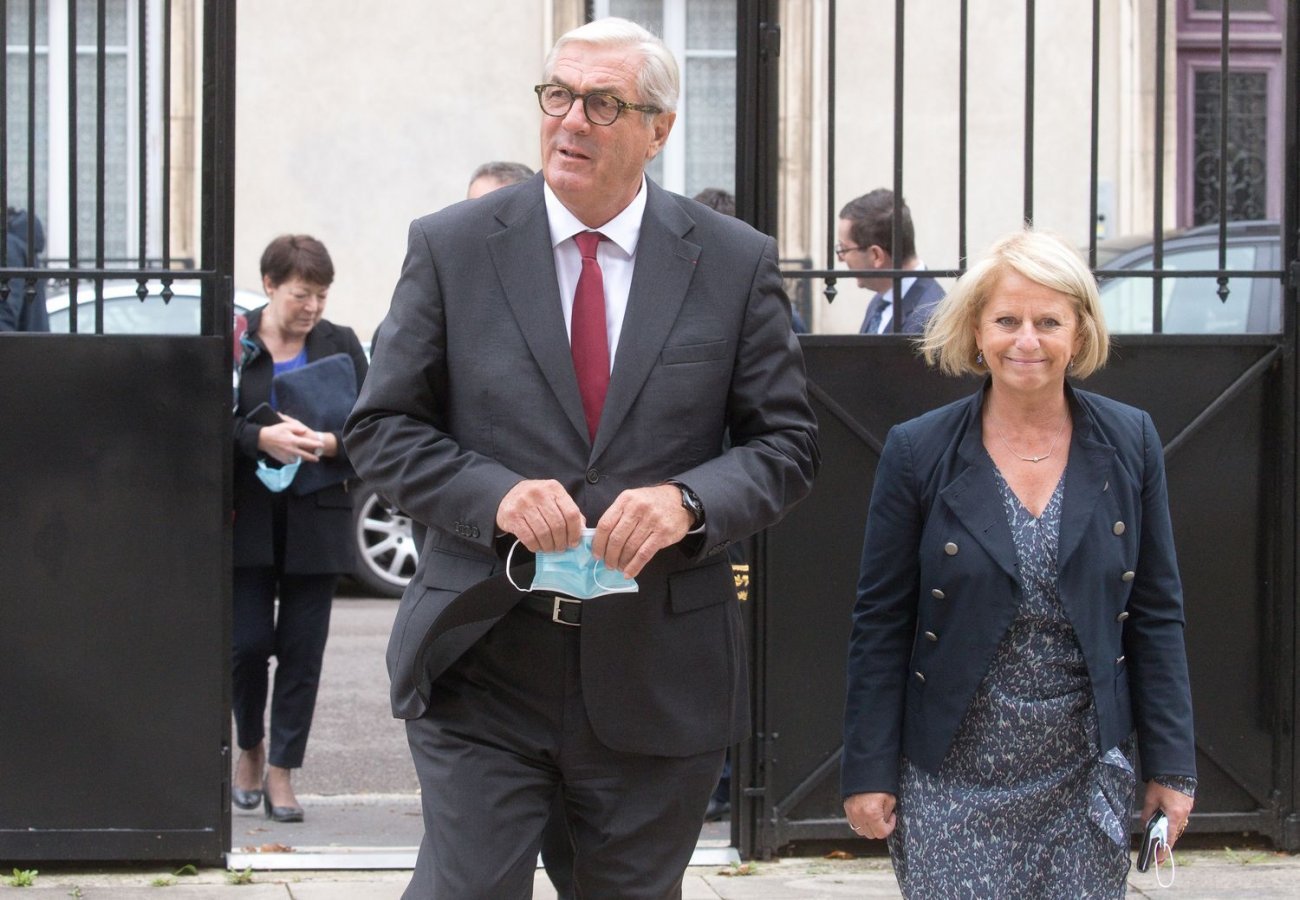 On October 4, in the company of François Sauvadet (LCOP), Brigitte Bourguignon, Minister of Autonomy, visits the stand of the departmental council of Côte-d’Or which presents connected tools to improve the daily life of the elderly and promote their home support (read our article). 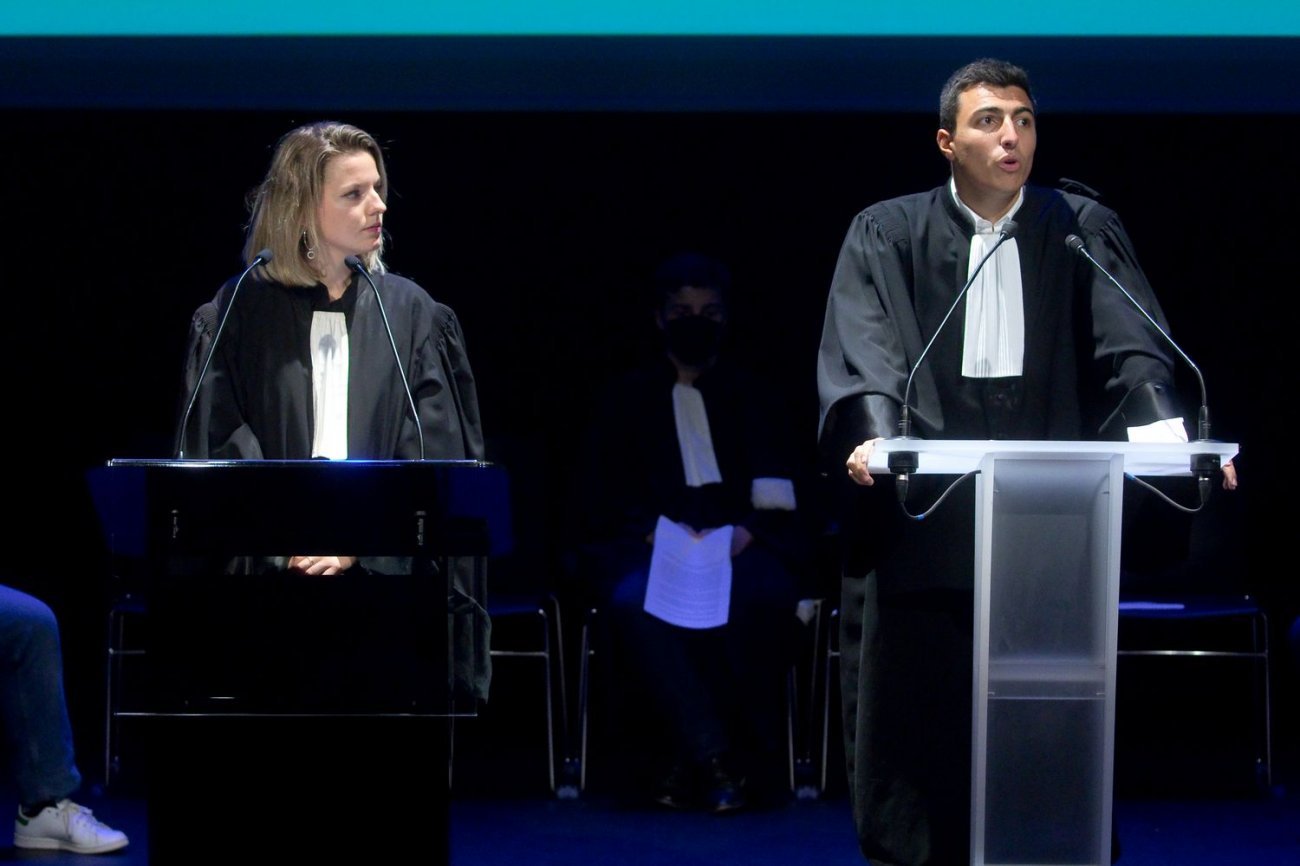 October 4, the Nuit du Droit brings law students from the University of Burgundy in Le to find themselves on a file that has shaken the Third Republic: the Stavisky affair investigated by the Prince advisor, found dead on February 20, 1934 at the edge of a railway line crossing the town of Talant. Suicide or political crime? (read our article) 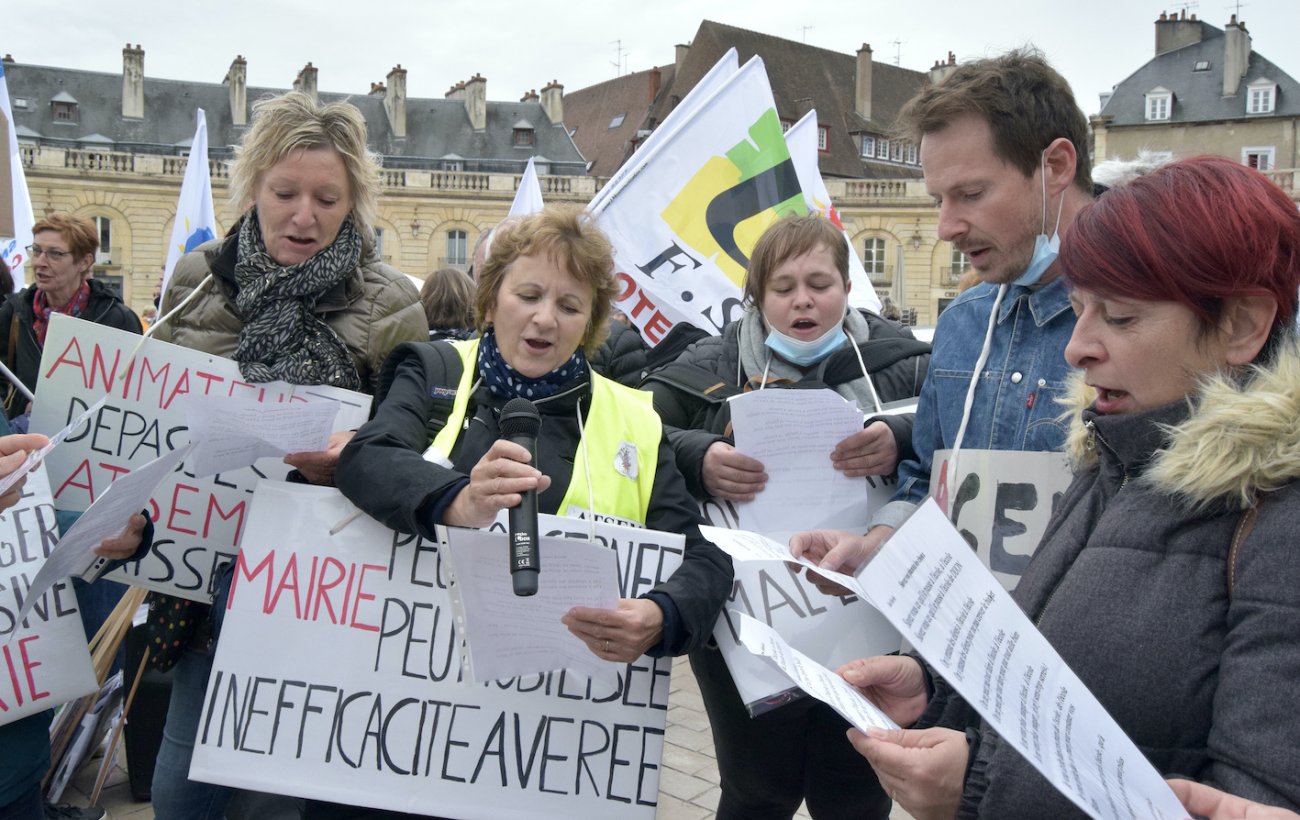 On October 5, an interprofessional demonstration of the inter-union CGT, FO, FSU, Solidaires de Côte d’Or and UNEF Bourgogne takes place in the streets of Dijon and brings together 500 people. The increase in wages is one of the major demands. “The employees are not responsible for the crisis”, we can hear in the ranks of the demonstrators (read our article). 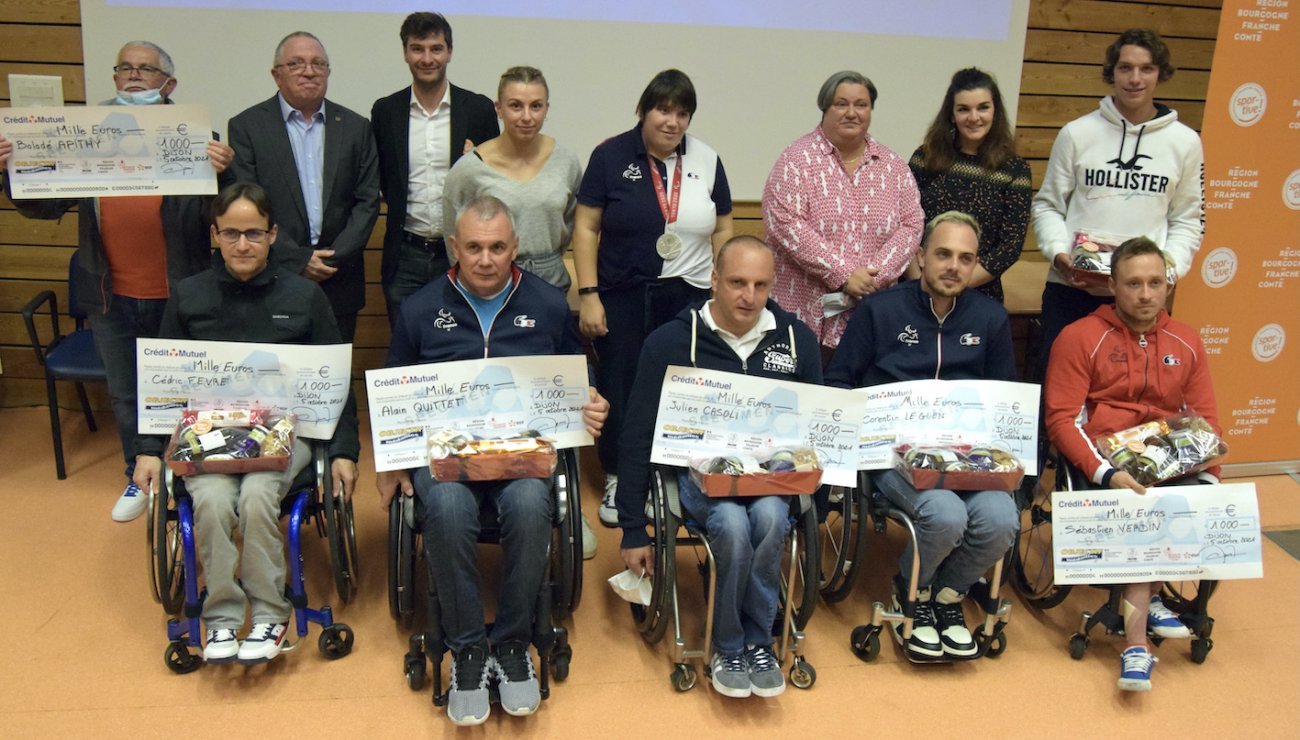 On October 5, athletes from the region who participated in the Tokyo 2021 Olympic and Paralympic Games are honored at CREPS in Dijon. The management of CREPS and the Bourgogne-Franche-Comté region as well as their congratulated partners and reward the competitors for their courses (read our article). 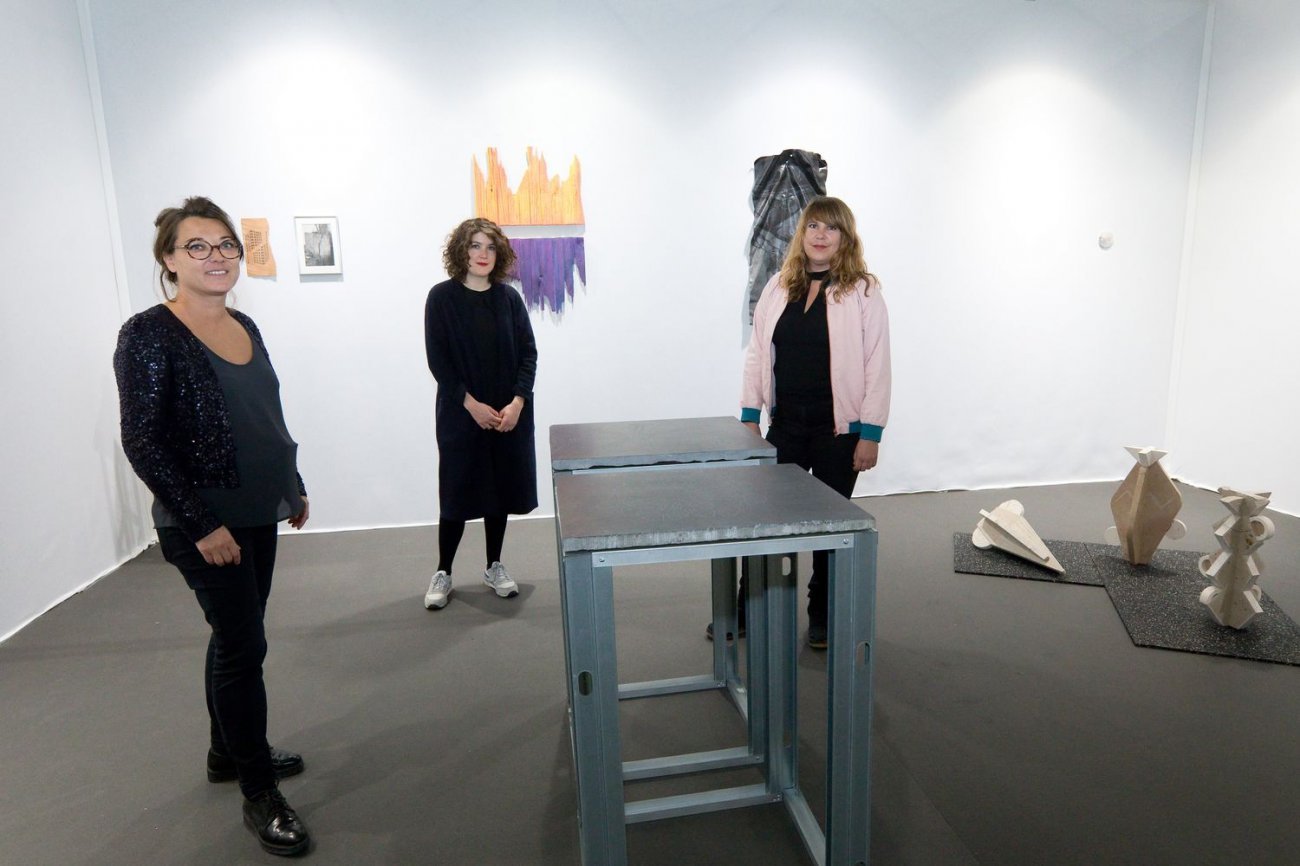 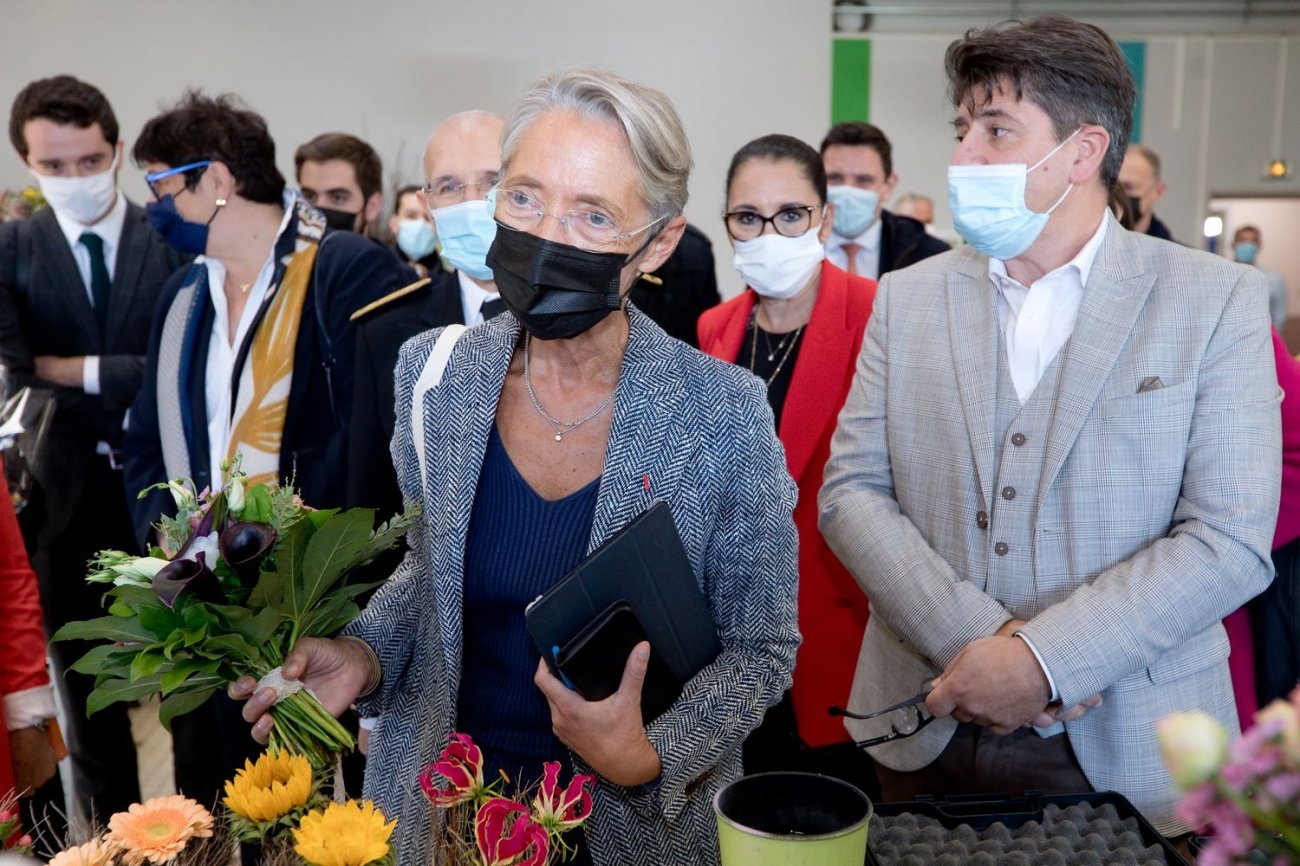 On October 8, Élisabeth Borne, Minister of Labor, visited the Dijon Métropole School of Trades to highlight the government’s good results in terms of apprenticeship (read our article). 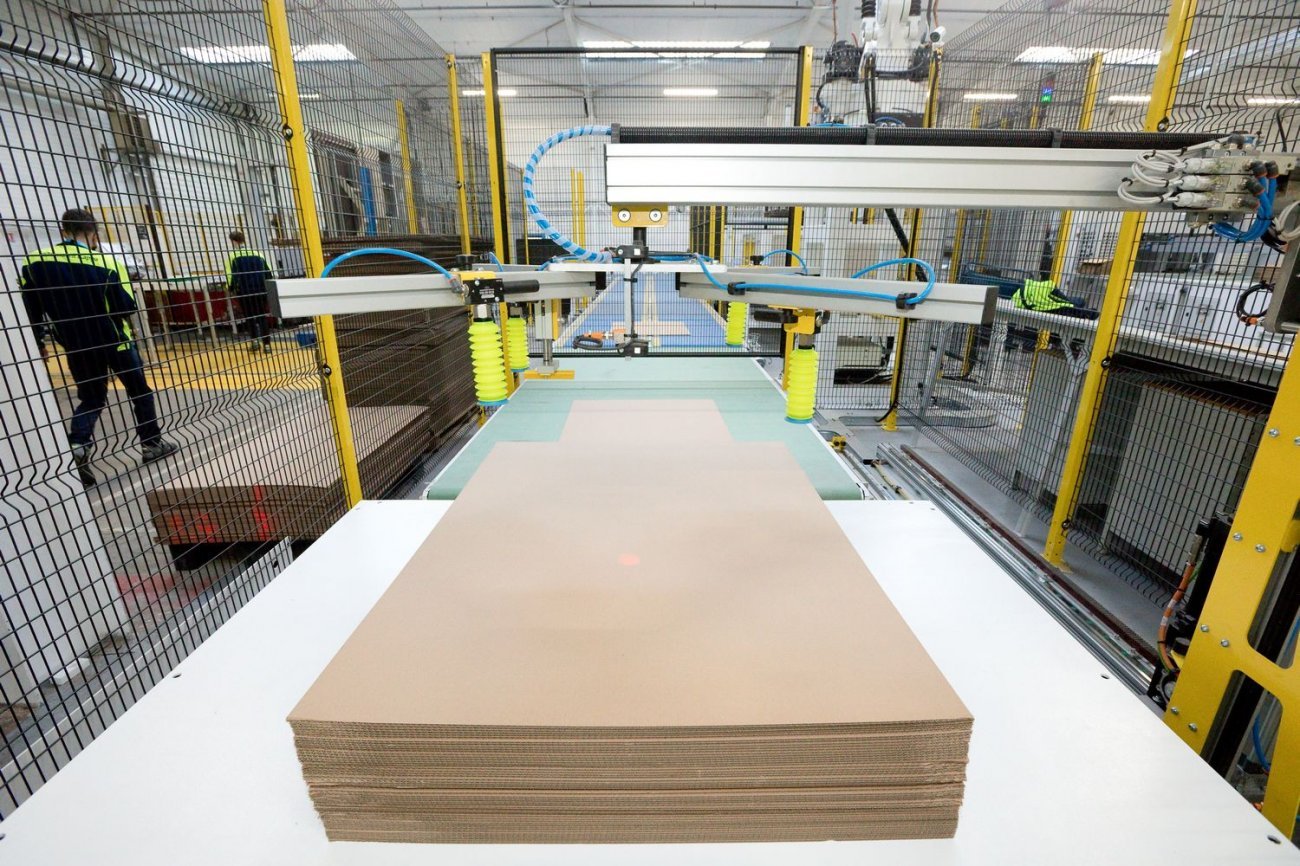 On October 8, the Smurfit Kappa cardboard factory in Longvic celebrates its centenary. The site employs 160 people who annually produce 8,400 hectares of cardboard boxes (read our article). 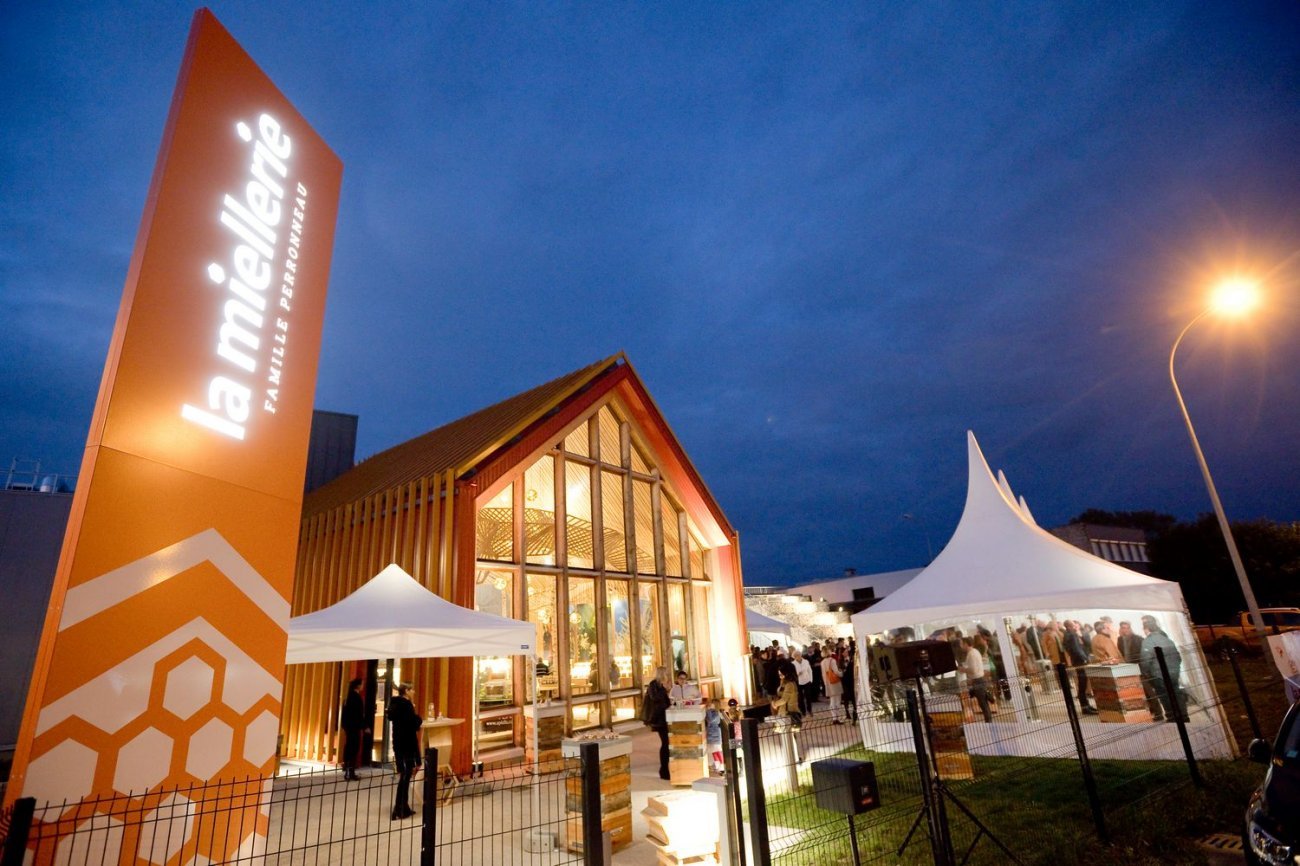 On October 12, the Miellerie d’Apidis is inaugurated. Between showroom and shop of local products, the building is dedicated to honey and beekeeping (read our article). 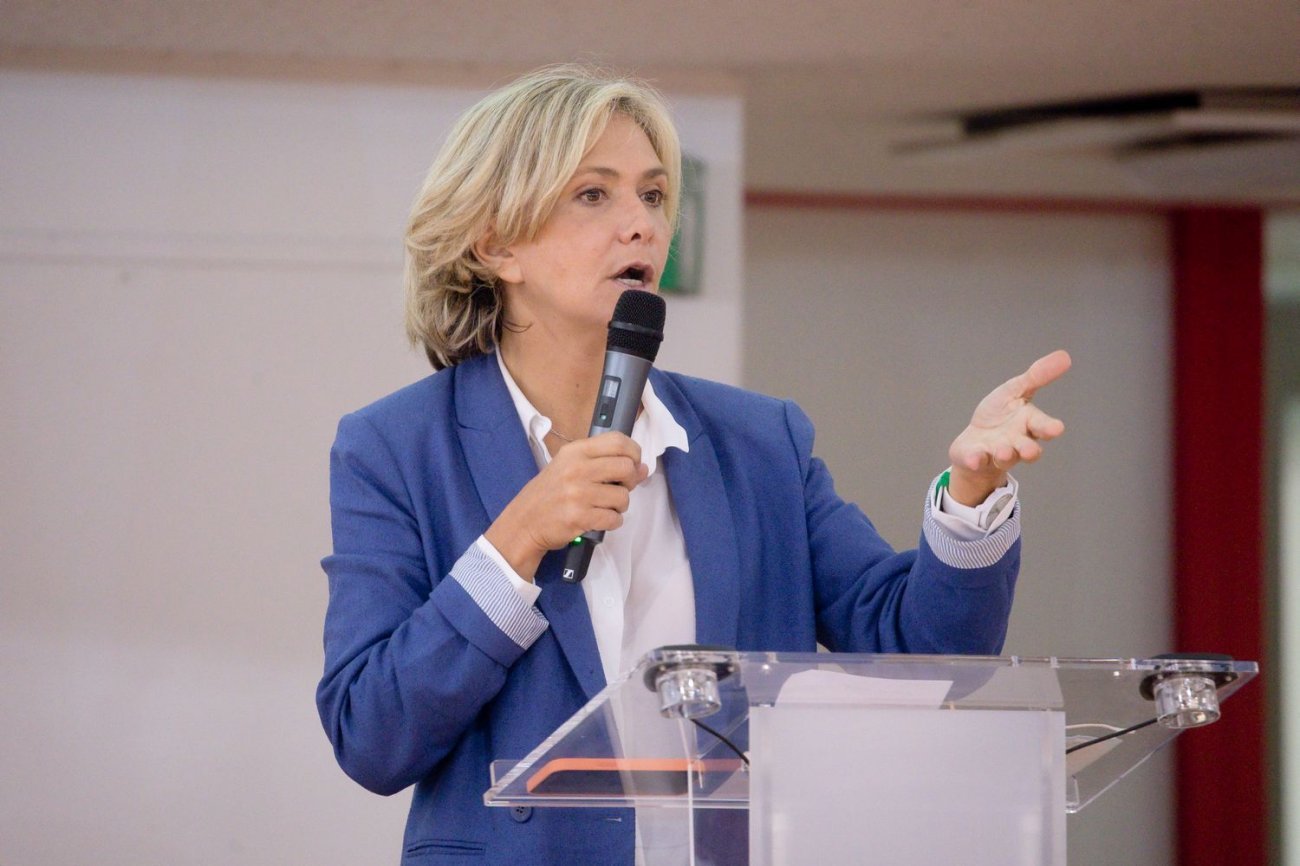 On October 14, Valérie Pécresse is traveling to Dijon as part of her campaign for the Republican primary. After a stopover in a scientific laboratory at the University of Burgundy, she held a meeting in front of a majority of supporters (read our article). On December 4, Valérie Pécresse will win the Congress, becoming the Republicans’ presidential candidate for 2022. 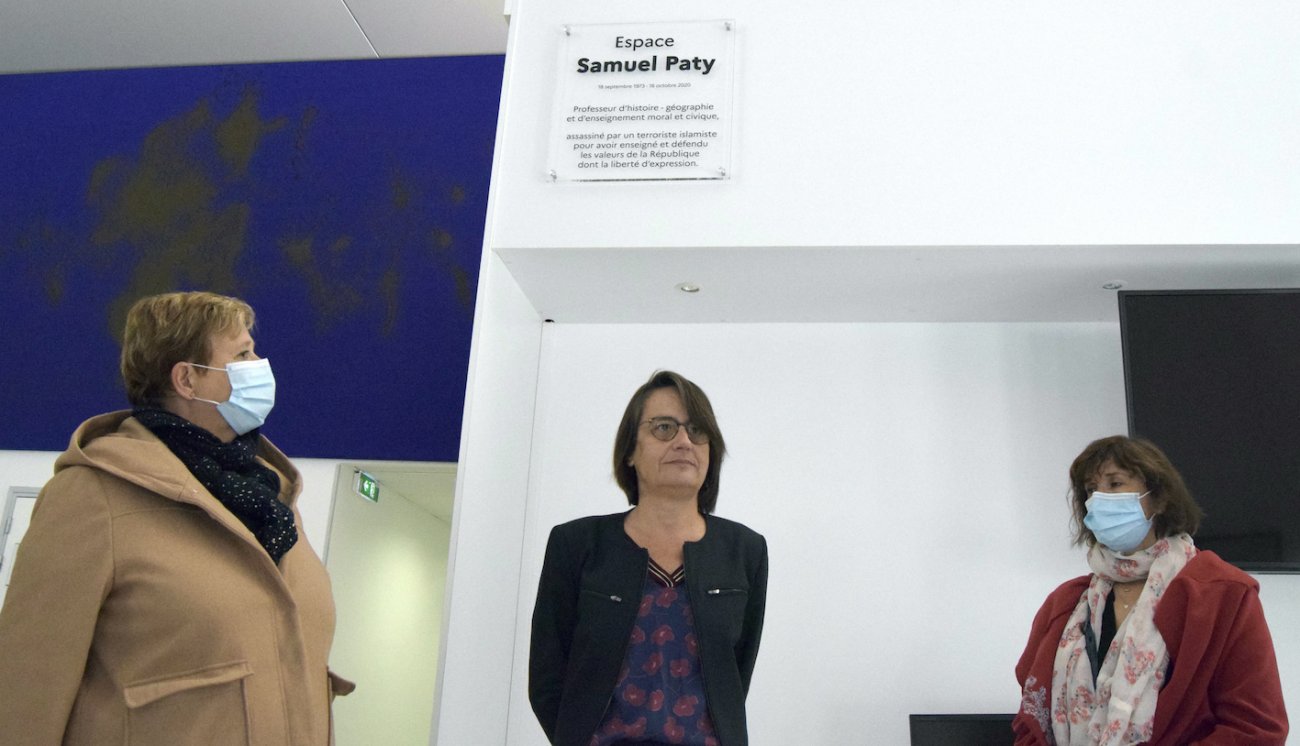 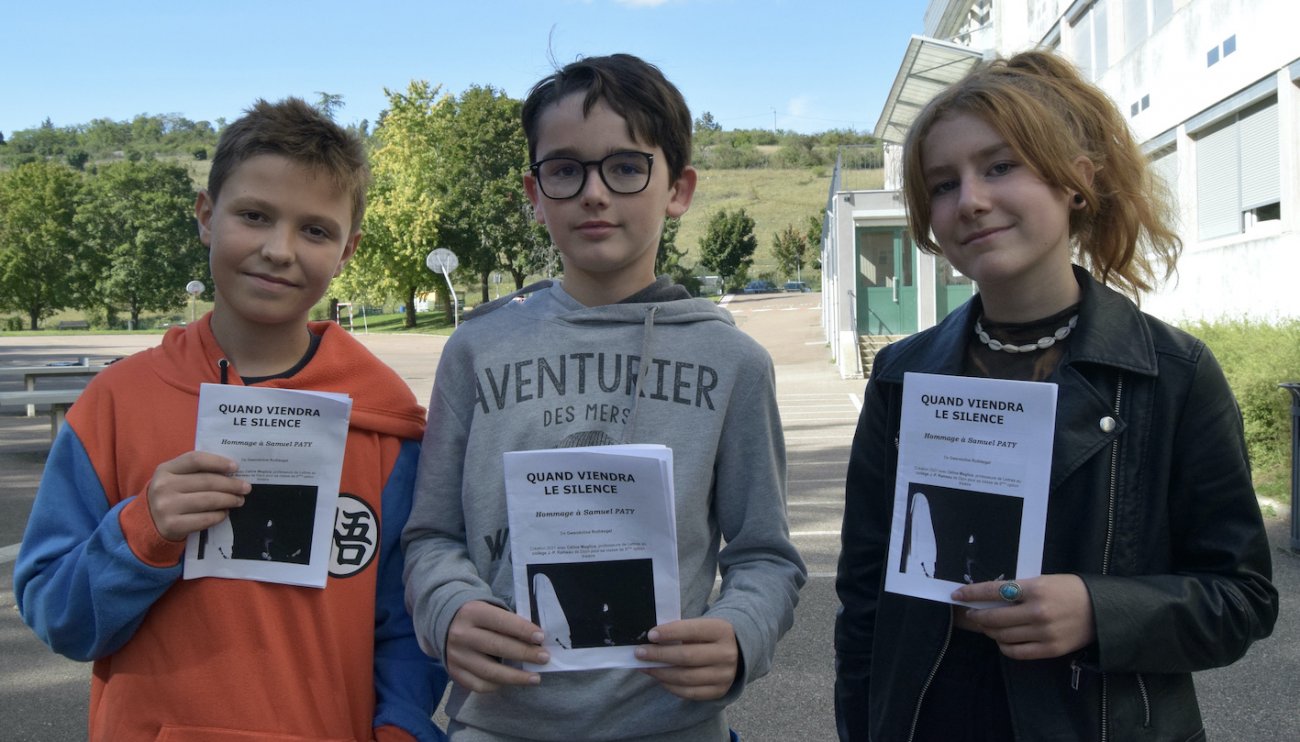 On October 15, the rectorate of Dijon inaugurates a Samuel Paty space. “The assassination of Samuel Paty of an indescribable barbarity always plunges us all into fear even a year later”, declares Nathalie Albert-Moretti, rector of the Dijon academy, marking more widely the homage “to the quiet heroes », Teachers (read our article).
The same day, the college Jean-Philippe Rameau presents a play, also in homage to Samuel Paty (read our article). 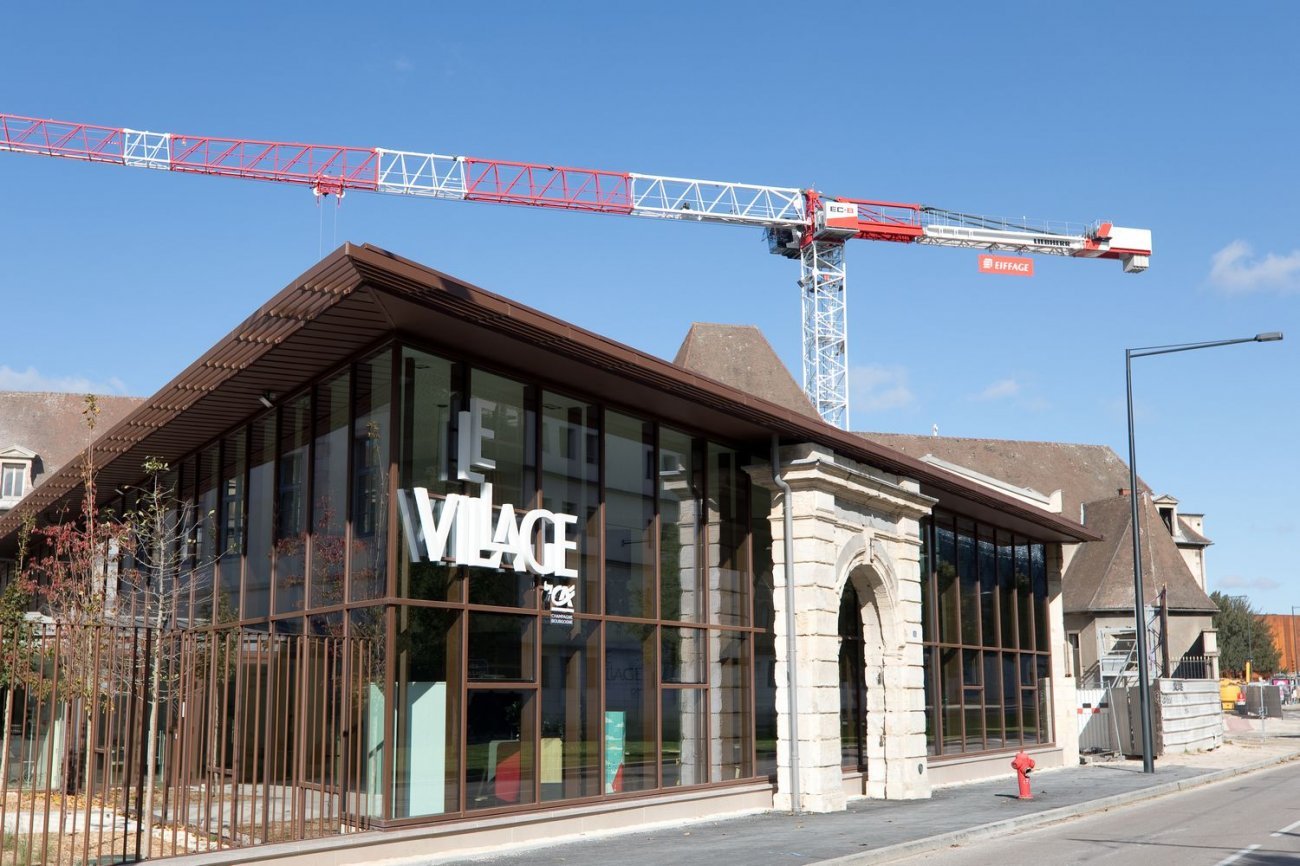 On October 15, the new Village by CA site is inaugurated. It is the first structure of the Cité internationale de la Gastronomie et du Vin to be opened. The incubator is dedicated to startups supported by Crédit Agricole and also offers a co-working space (read our article). 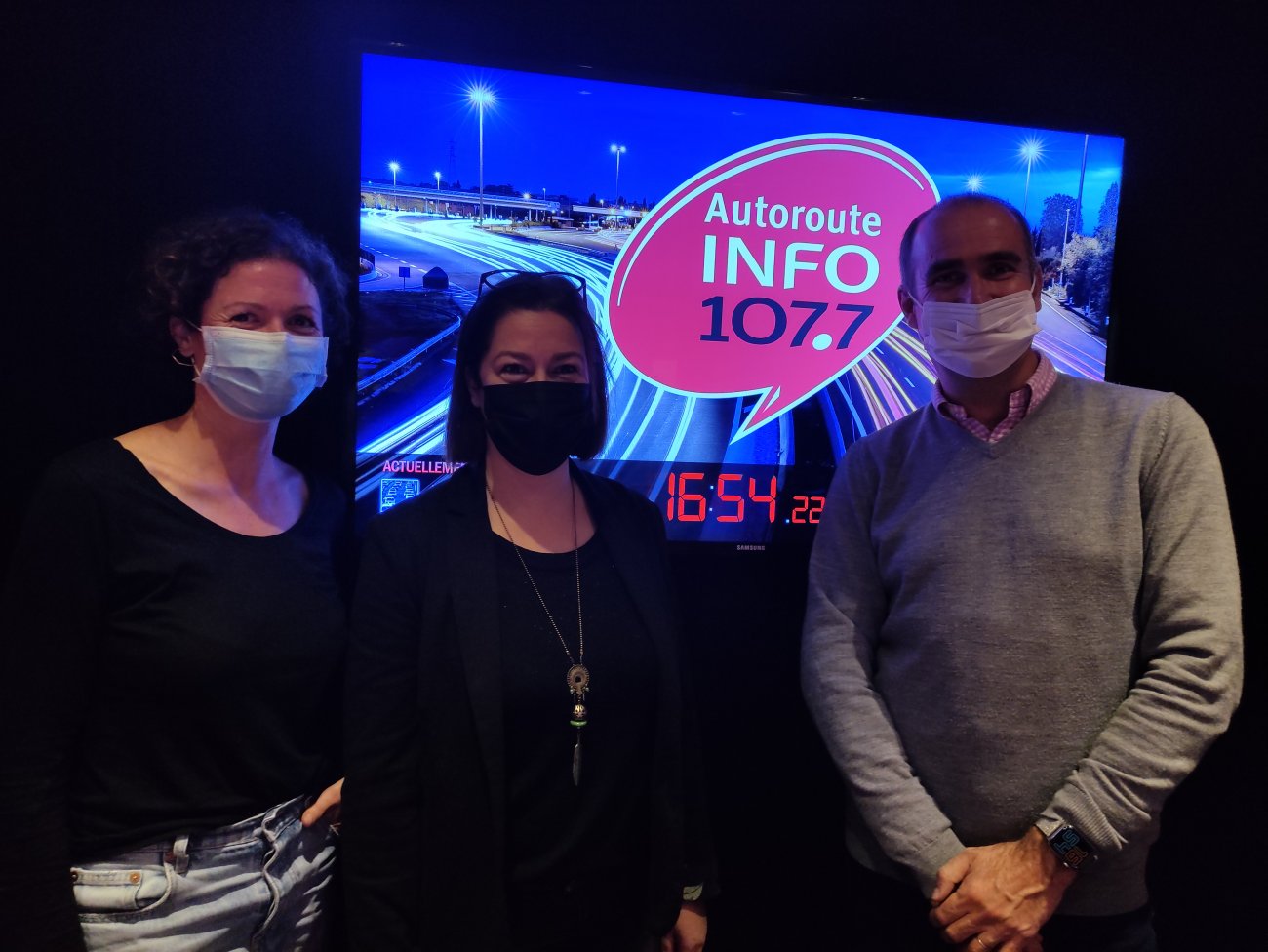 On October 15, Autoroute Info celebrates its 30th anniversary. For 24 hours, the most popular motorway radio station organizes a special day on 107.7 with audio documents, archives, bloopers, reports or even extracts from the program produced at the top of Mont-Blanc for this anniversary day. Philippe Sablé, director of Autoroute Info, based in Saint Apollinaire, traces 30 years of radio (read our article). 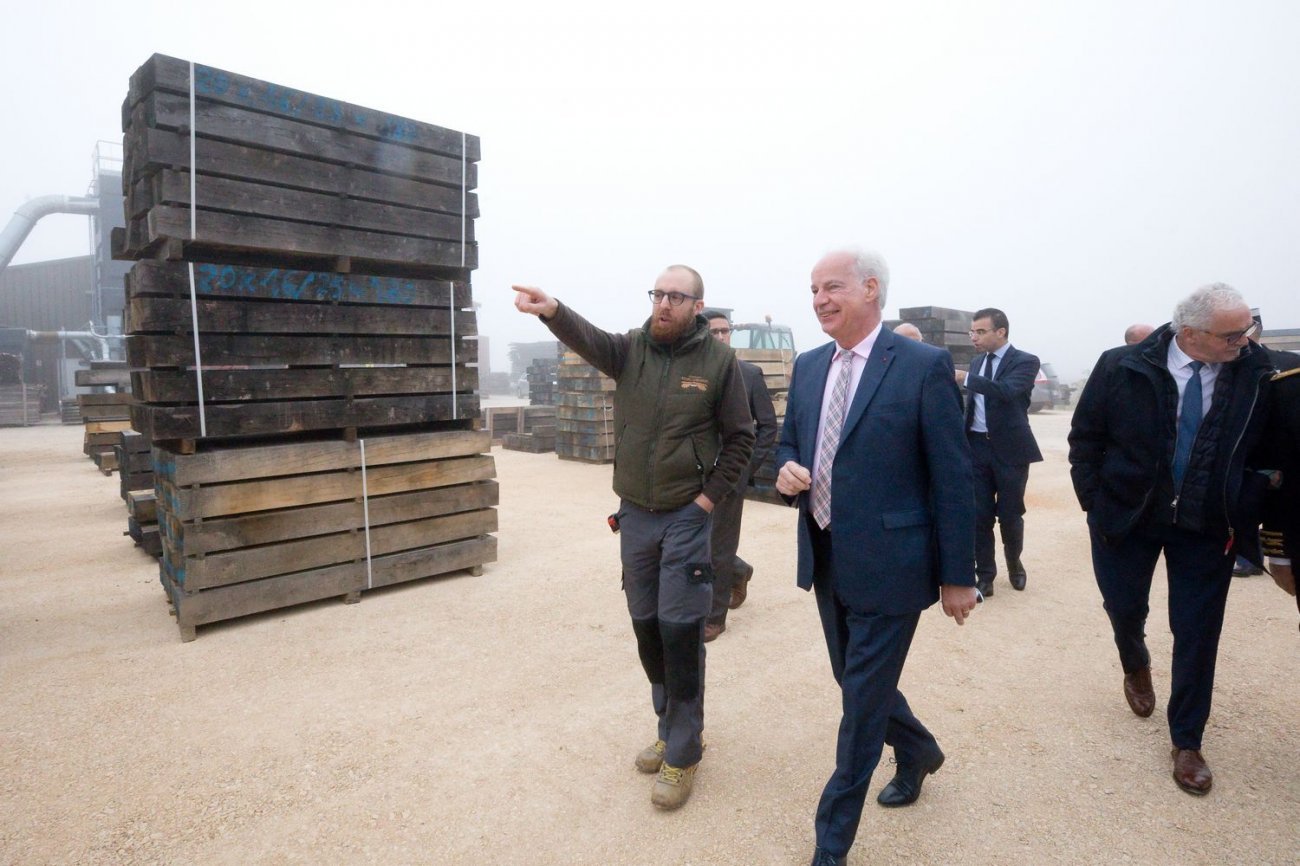 On October 18, Alain Griset, Minister of SMEs, visited a lightning facility in Corberon, near Beaune, before presenting the government’s plan for the self-employed (read our article). This will be one of his last outings as a member of the government: on December 8, Alain Griset will have to issue for “incomplete or false declaration” of his patrimonial situation. 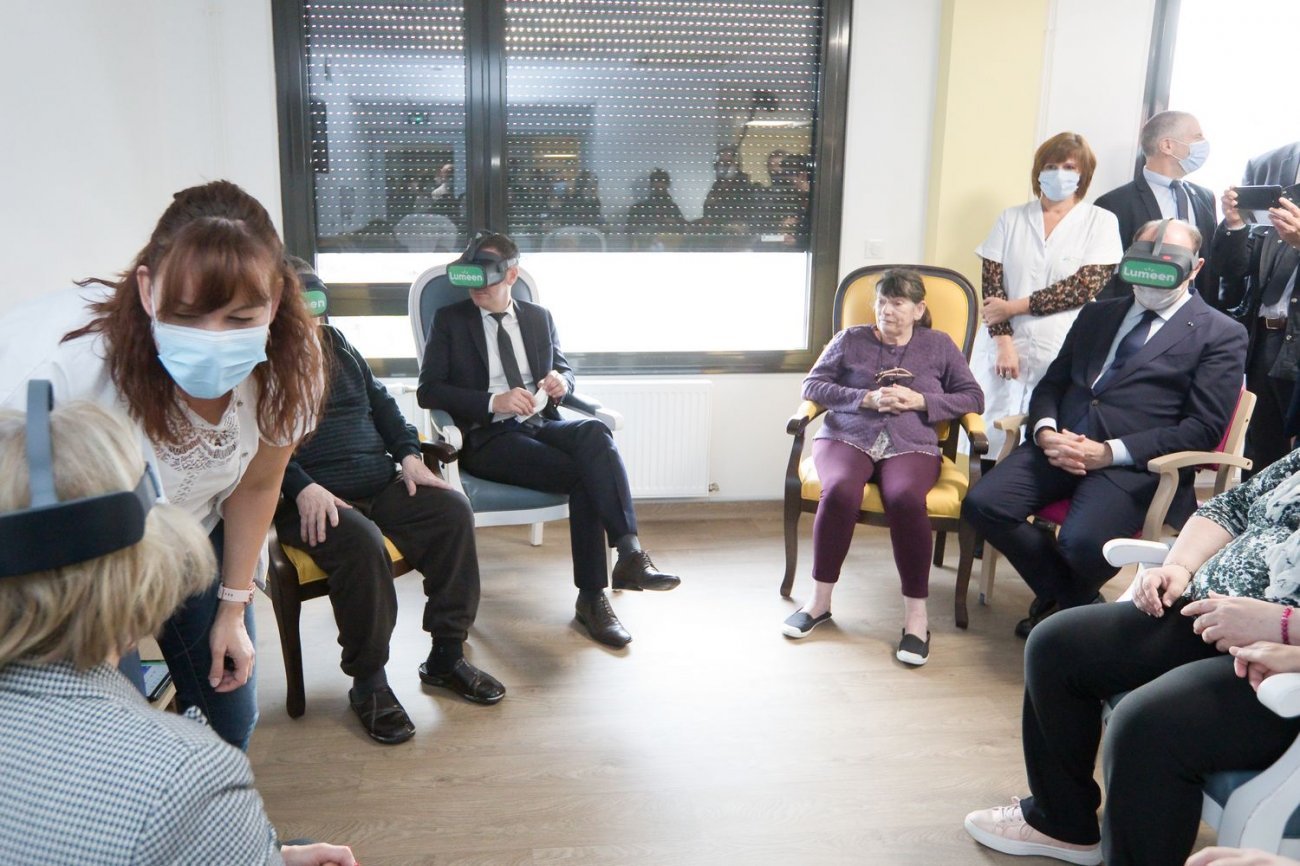 On October 19, Prime Minister Jean Castex, accompanied by ministers Oliver Véran and Brigitte Bourguignon, visited the EHPAD at the Auxonne hospital center, where he took part in a virtual reality demonstration, then the Dijon CHU (read our article). The Prime Minister announces that an envelope of 836 million euros will be allocated to Bourgogne-Franche-Comté for investments by Ségur de la Santé (read our article). 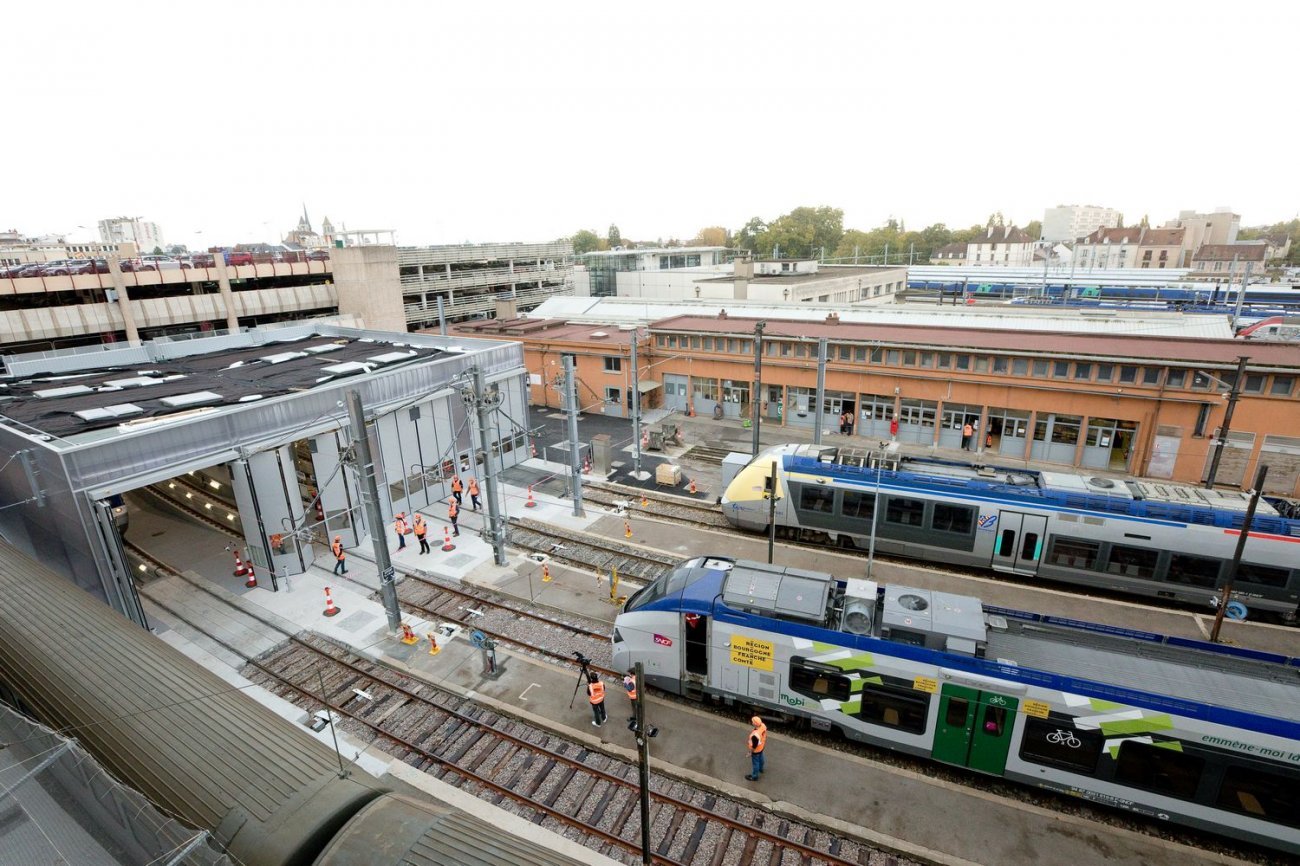 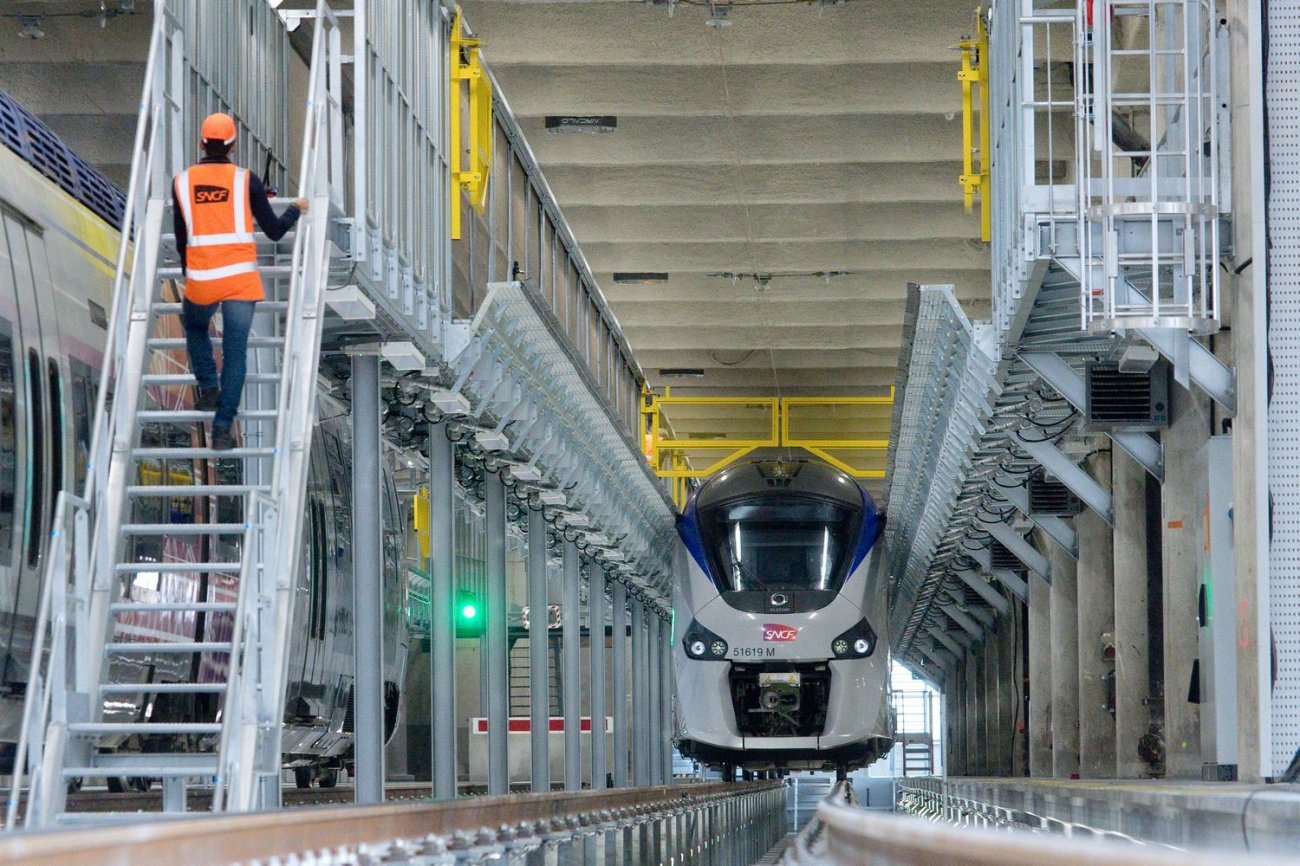 On October 20, the Bourgogne-Franche-Comté Region and the SNCF inaugurated the new Dijon station technicenter dedicated to the maintenance of TER (read our article). 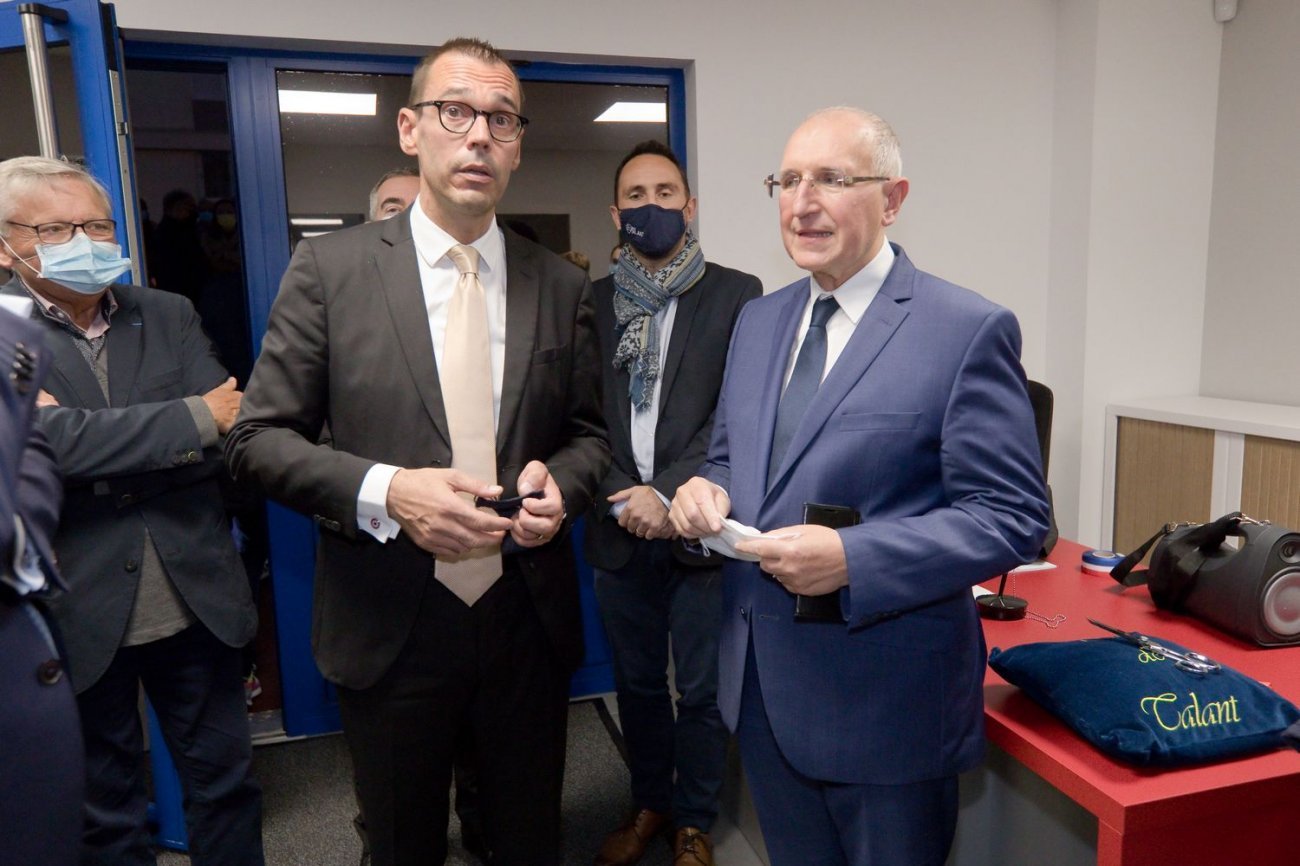 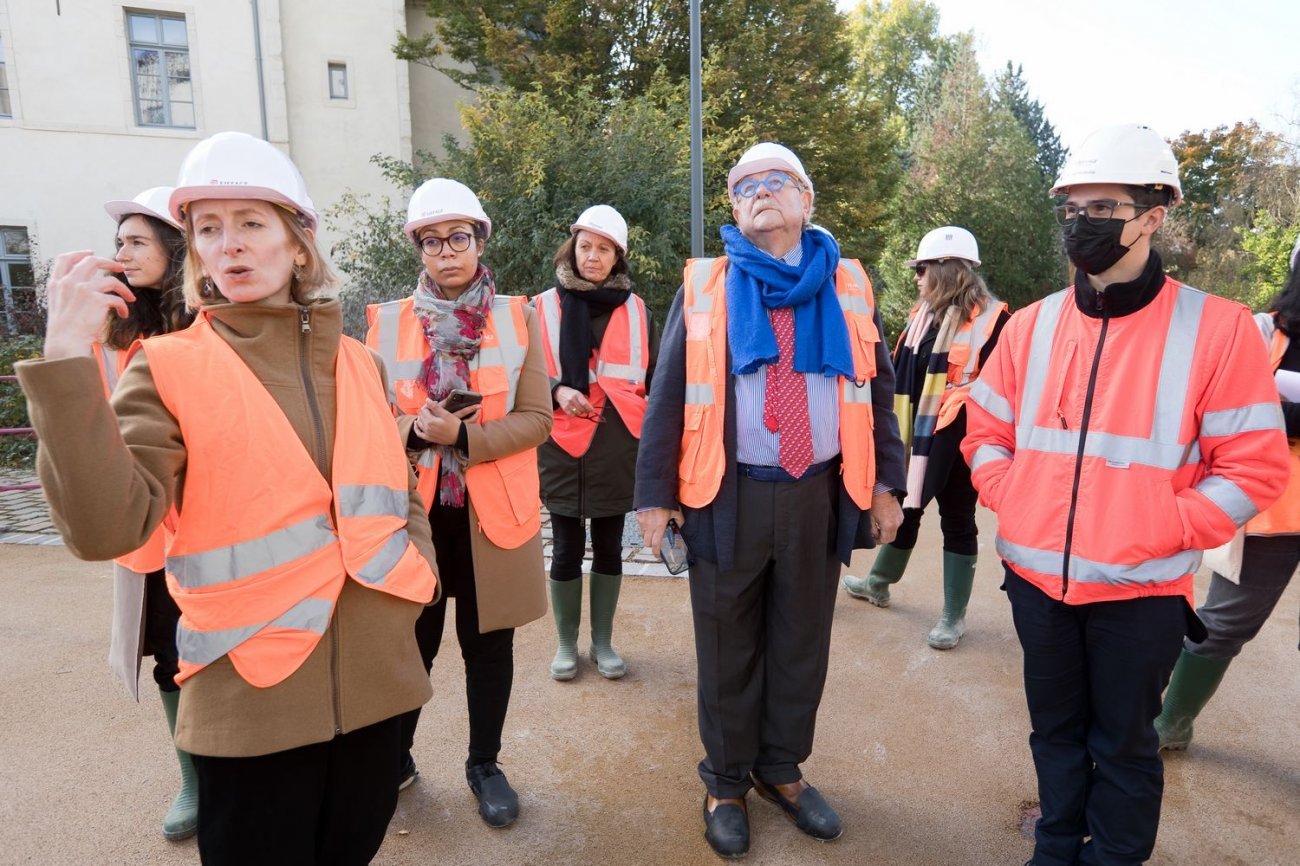 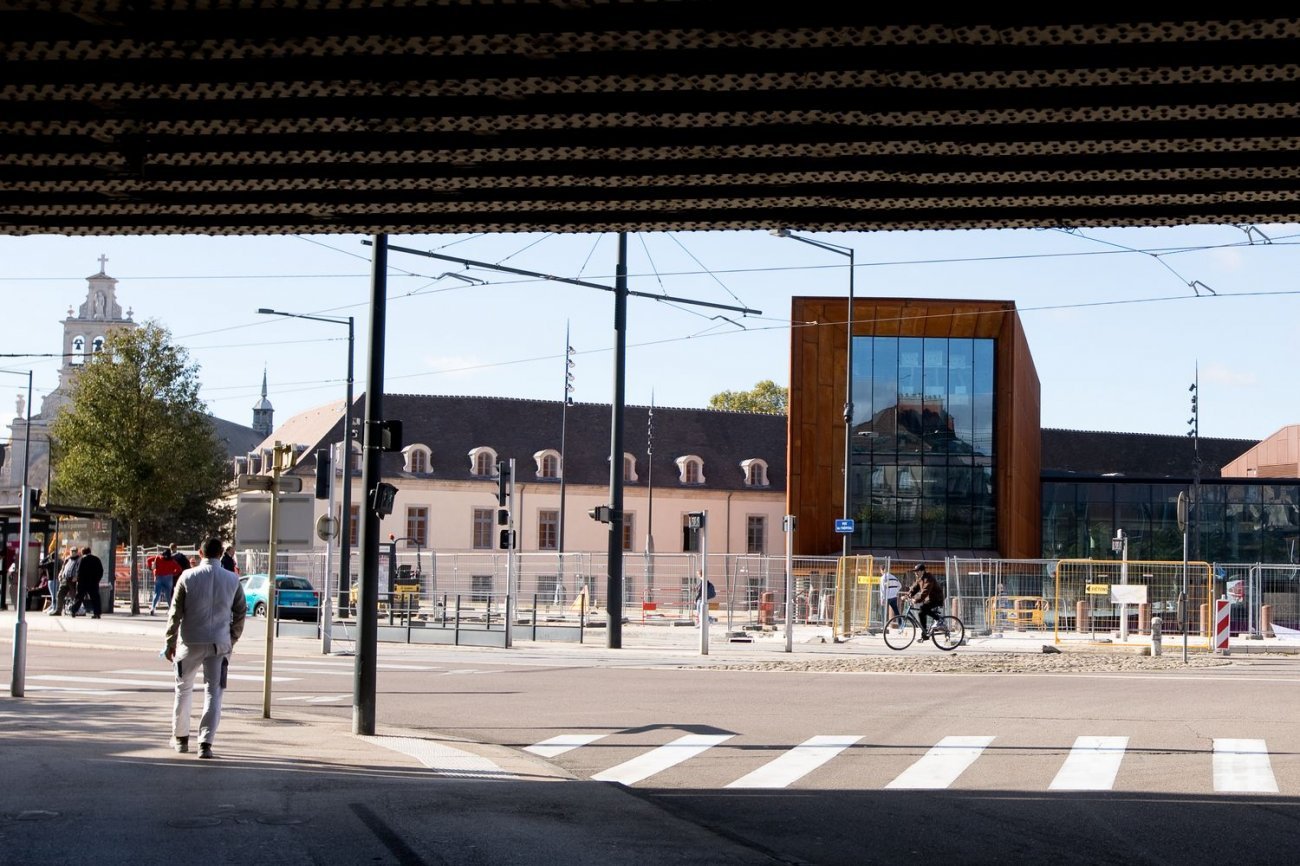 On October 22, during a site visit to the Cité internationale de la Gastronomie et du Vin, the architect Anthony Béchu unveils the poetic vision that guided his aesthetic choices (read our article). Shortly after, the mayor of Dijon will announce that the inauguration is postponed to after the presidential election, probably the weekend of May 7. 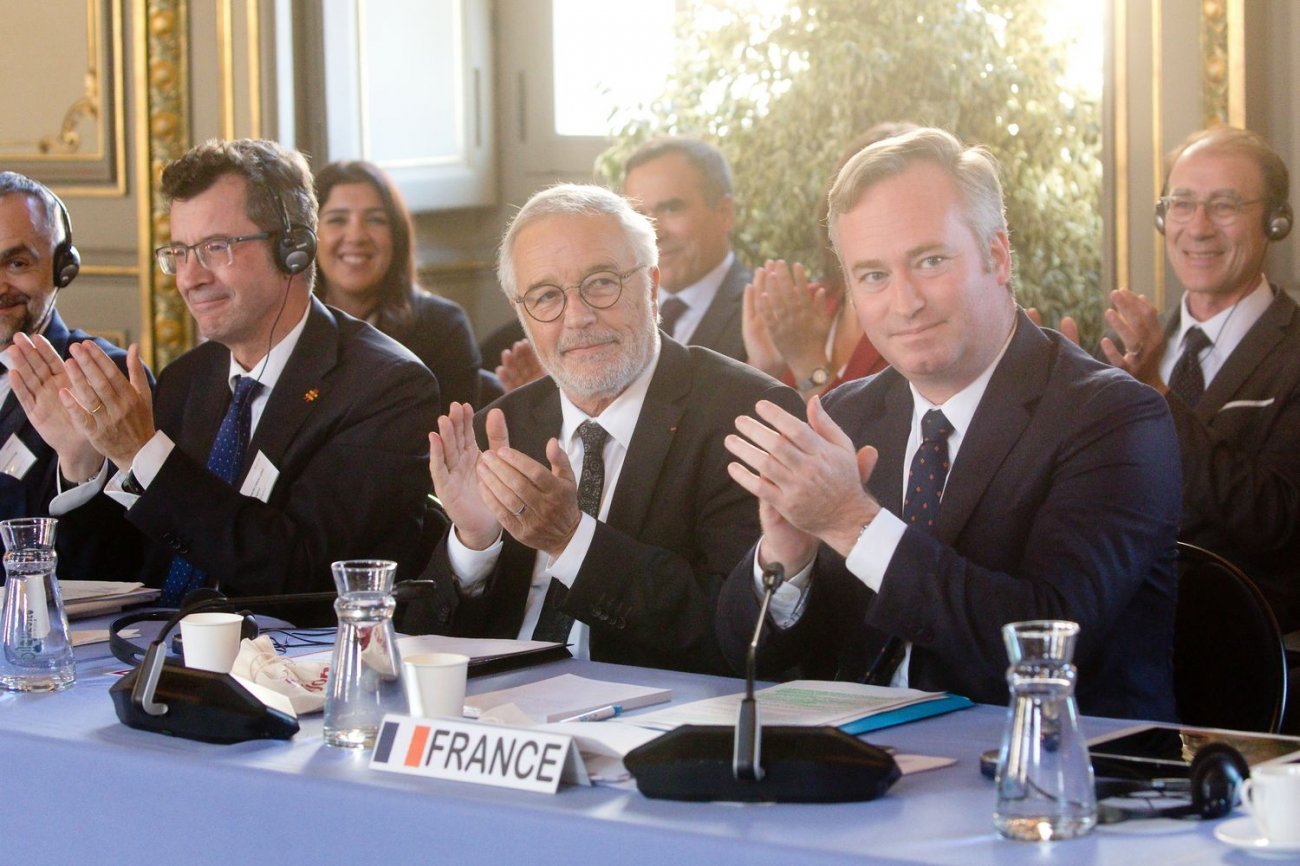 On October 25, the transfer of the headquarters of the International Organization of Vine and Wine to the Bouchu d’Esterno hotel in Dijon was voted on following a unanimous vote of the representatives of the States of the example. The Secretary of State for Tourism Jean-Baptiste Lemoyne and the Mayor of Dijon François Rebsamen (PS) speak about a historic moment (read our article).

The cost of renovating the mansion on rue Monge is estimated at 8 million euros, co-financed by the City of Dijon and the Bourgogne-Franche-Comté regional council. They must be completed in 2024, the centenary year of the OIV. 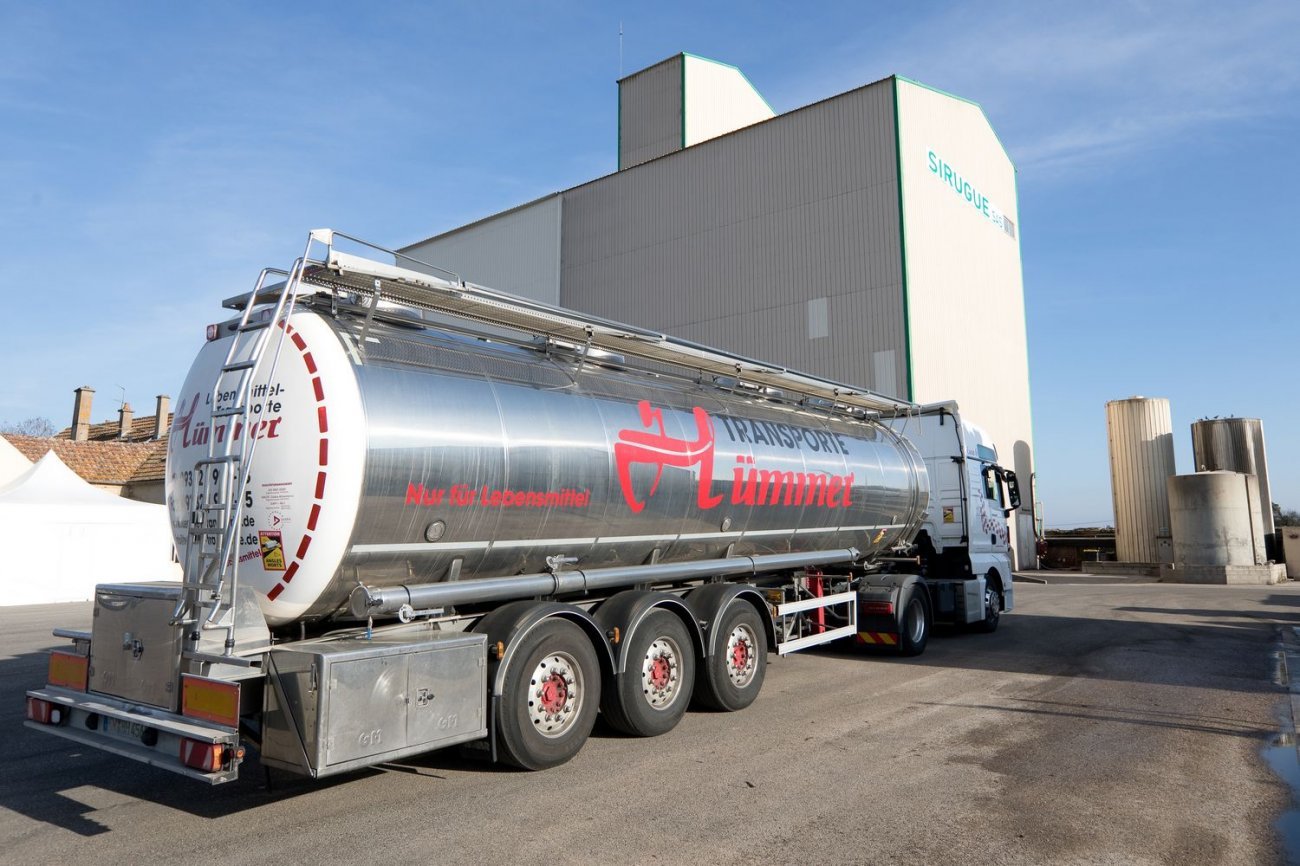 On October 27, Fabien Sudry, Prefect of Côte-d’Or, visited the Sirugue establishments. Established in the Val de Saône, the company specializes in animal nutrition. A part of France Relances supports this sector in order to regain food sovereignty (read our article). 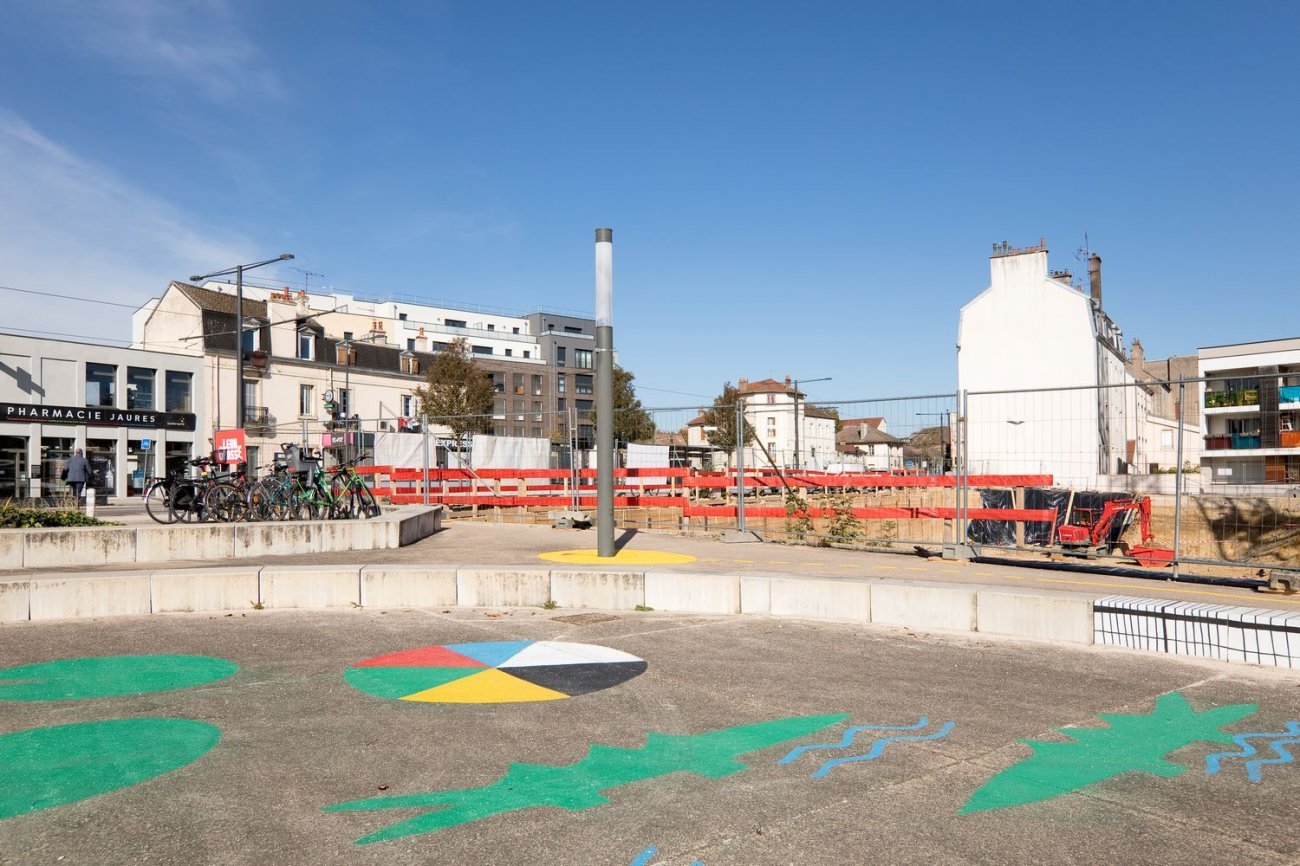 On October 29, the ceremony of the laying of the first stone of the Tour Elithis Arsenal with positive energy takes place on the forecourt of the Minoterie, in Dijon. Jean Jaurès, the tower will seize the floors and accommodate 59 housing units in 2023 (read our article). 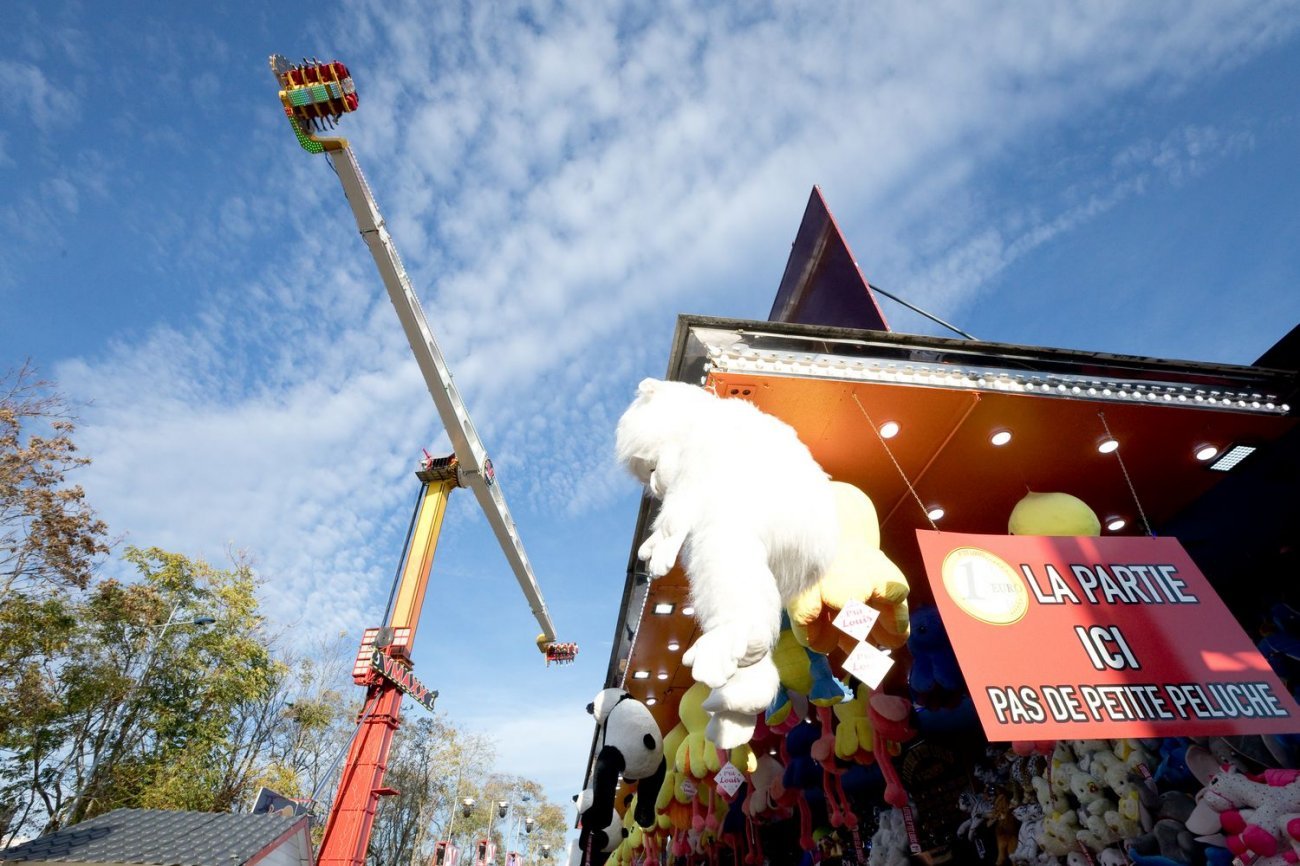 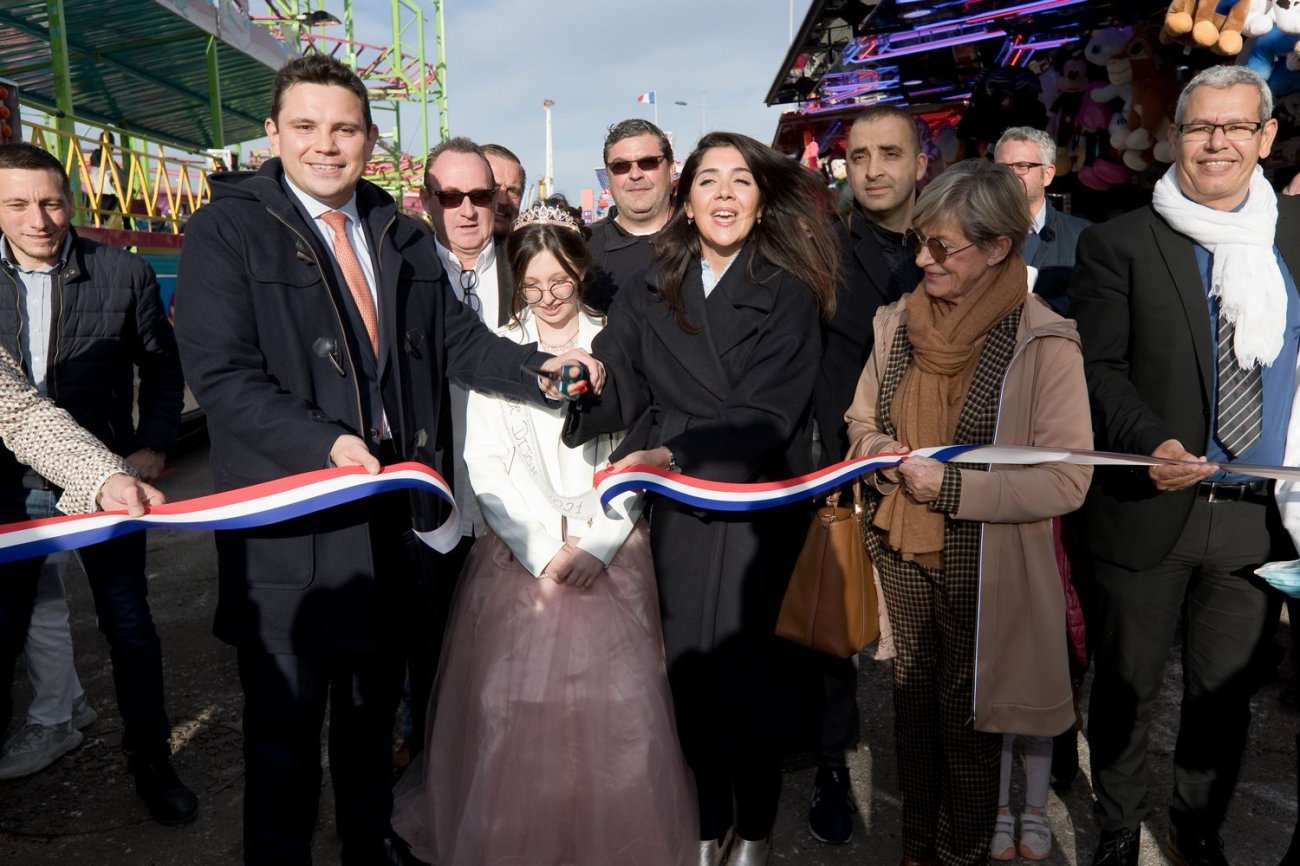 On October 29, the City of Dijon and the prefecture of the Côte-d’Or team up with the fairground committee to inaugurate the 2021 edition of the Fair with rides which takes place in parallel with the Fair of Dijon. Among the barrier gestures applied at the funfair, the control of the sanitary pass on the first arena (read our article). On November 17, the fairground committee will invite 140 people with disabilities and 65 accompanying persons (read our article). 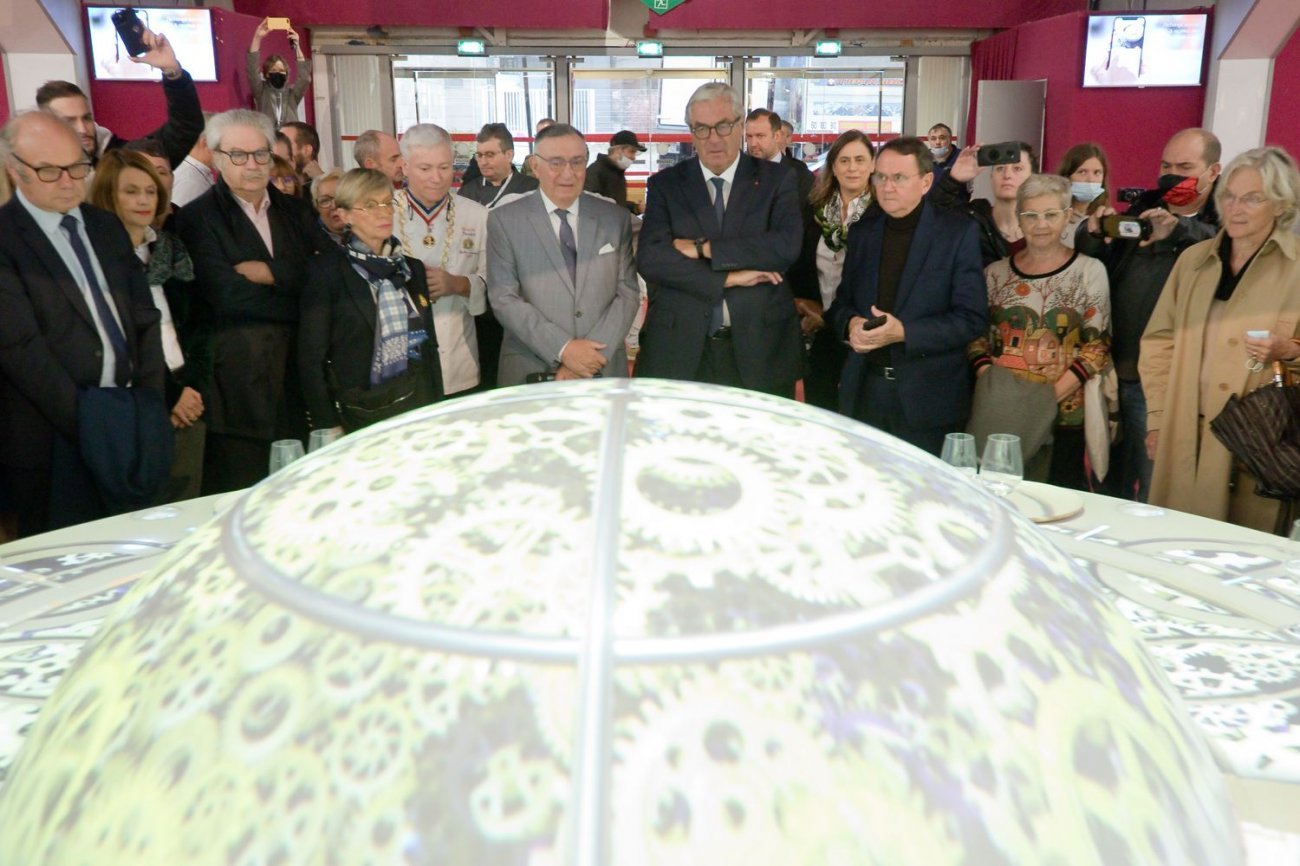 On October 30, the inauguration of the Dijon International and Gastronomic Fair takes a very political turn. Benefiting from the protocol, François Sauvadet (LCOP), president of the departmental council of Côte-d’Or, is at the head of the inaugural delegation. Around him, many elected officials from the right and the center (read our article). Later, the mayor of Dijon will reproach Dijon Congrexpo, the organizing association, for not having been invited. Taking stock, Dijon Congrexpo will claim 110,000 visitors during this 2021 edition, a decrease of 30% compared to 2019.

The Brunch of the Halles de Dijon 2022 edition

DIJON: Return with fanfare of the Métis Parade in Fontaine d’Ouche