No New Year’s Eve fireworks at the Brandenburg Gate – Berlin.de

Also this year, the popular fireworks display over the Brandenburg Gate will not take place due to the corona pandemic.

Fireworks can be seen over the Brandenburg Gate.

The organizer will announce this on Wednesday (December 29, 2021). The fireworks was canceled as early as 2020. The ZDF television show “Willkommen 2022” will take place without an audience at the Brandenburg Gate due to the corona and will be shown live on ZDF.

“We are aware of our role model function in the current situation and have therefore decided together with ZDF to implement the Celebrate at the Gate event as a pure television production” Willkommen 2022 “” Maiko Heinrich, Managing Director of sib Silvester in Berlin Veranstaltungen GmbH on 28. December. However, a small stage fireworks display should be seen on television as part of the show.

The show will be moderated again this year by Andrea Kiewel and Johannes B. Kerner. The musicians Bonnie Tyler, Adel Tawil and Art Garfunkel Jr. will be there between 8:15 pm and 12:30 am. Tom Beck and the Berlin Police Orchestra will open the show with the song “Dickes B”. Going live with celebrities – such as Federal Minister of Health Prof. Dr. Karl Lauterbach – as well as social media campaigns complete the program. 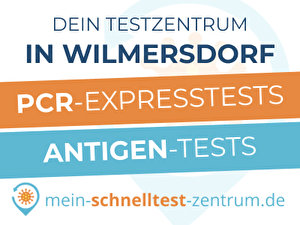 Do you need a corona test?

In the test center in Wilmersdorf we offer you free citizen tests as well as PCR tests in 3, 6 & 24 hours – professional and pleasant.
more 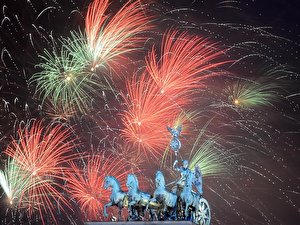 This year, given the infection situation, the traditional New Year’s Eve party at the Brandenburg Gate will take place without an audience as a pure TV show. more

New Year’s Eve in Corona times: What is possible in Berlin

So Berlin’s New Year’s Eve can also be celebrated and enjoyed in Corona times. more

Perfume thief is looking for a job as a waiter! – BZ Berlin

Suspicion of organized crime: Berlin doctor is said to have falsified vaccination certificates