Lithuania has strict international recommendations on migrants: rejection must cease

Since the summer, the monitoring bureau has been gathering evidence that Lithuanian border guards are applying collective rejection of migrants, a practice that is contrary to international law and the European Convention on Human Rights.

Another remark made by the Bureau is about inefficient asylum procedures. Since August, when the reversal policy was introduced, Lithuania has claimed that migrants have every opportunity to apply for asylum legally – they need to come to a border checkpoint instead of crossing the border illegally. . At Lithuanian border checkpoints.

The migrants themselves have said that Belarus does not allow them to cross the border at the border. It is probable that after passing migrants through the border point, Lithuania would have the opportunity to legally return migrants to Belarus as a safe state.

In addition, it is noticed that the system for identifying vulnerable persons is not functioning in Lithuania, which has been repeatedly mentioned by the Seimas ombudsmen. Of particular concern is the fact that marginalized migrants may include severely ill people, parents with young children, seniors, pregnant women, and victims of trafficking.

Following this monitoring, the Frontex Office of Fundamental Rights plans to make recommendations to Lithuania on how to change migrant policy.

First of all, migrants in need of asylum should not be pushed back to Belarus, but taken to a border checkpoint where they can apply for asylum.

Border guards must be trained to identify and protect vulnerable people. Particular account should be taken of the interests of children admitted with their parents.

In Lithuania, it is often said politically that migrants abuse children and use them as a shield, but the Frontex Office for Fundamental Rights emphasizes that this does not matter – children are in any case vulnerable and must be protected.

These recommendations should be submitted not only to Lithuania, but also to the European Council. If they had the time, it could not diminish the reputation of an international country.

Asked about these recommendations, Vytautas Bakas, a member of the Seimas Human Rights Committee, noted that this was no news, and Lithuania had already been criticized for these issues.

“Such recommendations only remind us of the international commitments that Lithuania has made,” Delfi emphasized, a member of parliament from the opposition faction “On behalf of Lithuania”. – If Lithuania wants to be a member of the international Western community, it must fulfill the commitments it has made. If politicians, the prime minister, the minister, do not like the commitments they have made, they can initiate a change, but for the time being they have to keep them. Obligations make Lithuania a member of the Western legal tradition. From a European human rights perspective, reversal is not possible, and it has been said many times over. “

According to the member of the Seimas, the way Lithuania is now behaving is simply inhumane, especially when it comes to the exclusion of families with young children. This situation seems to create an atmosphere of fear when officials, such as child rights specialists, are afraid to object to the action. 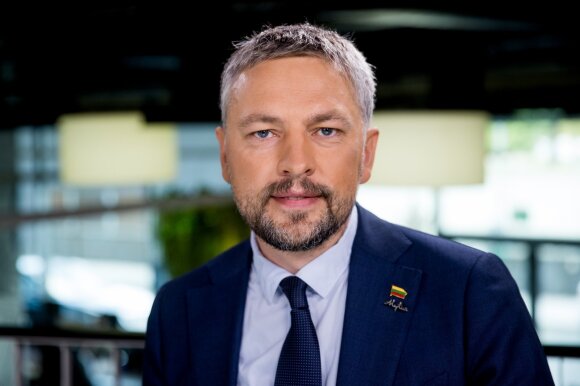 “Specialists from the Children’s Rights Protection Service, to put it mildly, did not do their job fully,” recalling a case in which migrants with 6 minors were expelled into the forests of Belarus at sub-zero temperatures, said politicians and said they were also affected by fears. – Seeing that remark, I notice that there is an unexpected position. We see the same political attacking human rights organization initially accusing them of pro-Russianism, after their actions are very favorable to Lukashenko, that they are being exploited. There is a psychological assault on those people who dare to say that we are behaving wrong. Let us remember the Ombudsman of the Seimas as the Ombudsman was attacked after the presented conclusions. ”

According to V. Bakas, the way Lithuania is dealing with the migrant crisis is the most damaging to the country’s reputation in the eyes of the international community. However, the current behavior can also suffer financially.

“There are precedents and rulings by the European Court of Human Rights after 2015. migrant crises. “There are many court rulings where reversal policies lead to lengthy and degrading proceedings against states, followed by heavy compensation from those who have been targeted,” the politicians noted.

Laurynas Kasčiūnas, Chairman of the National Security and Defense Committee, noted that the situation regarding migrants in Lithuania had stabilized, which was mainly due to the reversal policy launched in August.

“I believe that Frontex could strengthen its functions in overseeing the reversal policy, which should complement their mandate throughout Europe, not just in Lithuania. “The situation here could be an impetus for a review of Frontex’s activities,” the politician said.

According to the Conservative, the recommendations to transport migrants to border crossings instead of pushing them back to Belarus would largely lead to a return to open door policy.

“Lukashenko, in creating a humanitarian crisis, has predicted that there will be non-governmental organizations, volunteers, politicians in society who think that reversal is illegal, that states have no borders, and I oppose this approach. I think this is a tragedy for the state, for society seriously.

Reversal policy serves a kind of human right. We have stopped a lot of things, to profit for human traffickers, it is possible for Lukashenko to profit. But at the same time, we have stopped the case where people no longer fly here, risking the fate of their own, their loved ones ’children.

By stopping illegal migration, we are stopping human rights abuses, stopping the potential victims of those people, their tragic fates. The open door policy is an invitation to migrate illegally, to transport children, to go through forests in winter. In this sense, supporting the reversal, I am a defender of human rights, ”said L. Kasčiūnas. 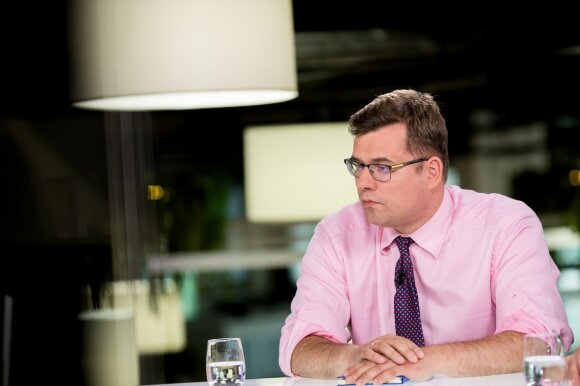 Asked about the eviction of families with children at sub-zero temperatures, the NSGC chairman noted that 260 people had already been admitted for humanitarian reasons. This, he said, proves that the mechanism for protecting vulnerable people is working well.

Delfi reminds that since the beginning of August, when the SBGS officials acquired the right not to admit migrants from Belarus to prohibited places, they have not entered Lithuania in 8063

Frontex started its mission in Lithuania on 1 July. It is currently extended until January 26, with 54 agency officials working in our country.

They assist in the RECOVERY of border protection in the field of CIS, as well as assist in the capture of traffickers and co-operate in the return of migrants to their country of origin.

Minister of Transport: 25 freight trains arrived in Lithuania from Ukraine in the first month

When I arrived, I didn’t know what to expect. Alfa.lt

Brazdeikis, a Lithuanian believer: “We want to play in the European Championship” / News

‹ Will Czech Television start after Stanjur in the pursuit of a sensation? Commentary by Štěpán Cháb › Russia blocks Tor: what has it achieved and what should the user do? | Russia and Russians: A View from Europe | Dw