This is the second statue of Ley Vivot, which appeared in the ÚPMD complex. At the end of 2018 its symbolic statue of a nursing mother, which perfectly corresponds to the mission of the maternity hospital, directly adorns the entrance area to the building. Three years later, a nursing woman was added. Actually, exactly two.

It is located at the entrance to the maternity hospital Infinity bench – chilli round bench without beginning and end. Two women are sitting on it in a second conversation. One is pregnant and is still looking out for her motherhood, the other is a new mother who is breastfeeding her baby. The work, which welcomes visitors to the ÚPMD garden just behind the entrance gate, radiates peace and quiet, motherly love and the vision of happier tomorrows. After all, one of the engraved quotes on the bench reads: When I hold you in my arms, I embrace the future. With the sad work of fate, Lea Vivot tragically lost her “future” many years ago as a new mother.

“When I worked for expectant mothers many years ago at night, I had trouble getting her hands to correspond. Eventually, I put one on her belly, and I said to myself like the hand of God, it protects life that has not yet been born, “Says the artist.

“I was tired then. Two hours later, my 18-month-old son Moris shouted. I ran after him. There was no more time. He died in my arms. He had his hand over my tummy, in which I entrusted my next son at the time, “with the painful loss of Lightning. So she decided exactly how hospital visitors can see her now.

Vivot created the sculptural group for the Children’s Hospital in Toronto, where she lived after emigration. “They spent two weeks working with my boy. I gave it to them because I did admire their human and medical care, and also that all people have a place to sit. Have a place to relax, because I know they also definitely experience bad life experiences, including the loss of loved onesShe said.

According to her, the bench newly located in the ÚPMD is not the original from 1984, which can still be seen in Toronto. This is an author’s copy, or rather “twin”, which was previously located in Prague, in Veleslavín at the Canadian Medical Clinic, through which Lea Vivot lent obstetricians.

“With her charming projects, Lea Vivot often pays homage to motherhood and the unique relationship between a mother and her newborn baby. The Institute for Mother and Child Care is such a symbolic work consulting place. New life is born here without exaggeration,“Said Barbora Taušová, Medical Director and Chief Physician of Pediatrics at Canadian Medical Premium Clinics. The one she provided for Blesk started her respected pediatricians right among the walls of the Podolská maternity hospital.

“I consider it very lucky in my life that as a doctor I started at the ÚPMD in the beginning. It is very fortunate that I have started working with Canadian experts, and thirdly I have to consider the acquaintance with Leo Vivot, which I consider my very good friend, “Said Patricia Rekhi, the Canadian Ambassador to the Czech Republic or Jaroslav Feyireysl, the director of the maternity hospital, who was present at the sculptural unveiling ceremony.

Messages of love and hope

Although it looks perfect on the outside and really attracts to sit, it is far from done. As Vivot revealed, she plans to add in the middle of the bench a pair of children – Just like in Toronto. And like the original, the bench is symbolically described by a total of 352 authentic messages. The word “described” is, of course, an exaggeration – each of the messages was engraved by the sculptor according to the manuscripts sent by the people.

“I have asked a number of people around the world for messages. The call then returned to me in the form of handwritten touching notes messages of love, hope and inspiration “the way people of every religion in this world feel it,” she said. Among the “signatories” of the bench, for example, the former Indian prime minister appeared Indira Gandhi, former Canadian prime minister Pierre Trudeau or Mother Teresa. 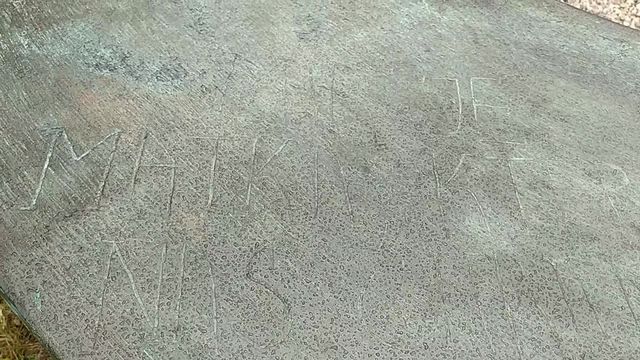 The new decoration of the donkey maternity hospital – the bench of the famous sculptor Ley Vivot. David Winter

The Infinity Bench is not the first of the works of a renowned sculptor who beautified Prague’s public space. Her sculptural group Ice Time for example, it can be seen in Vysočany in front of the O2 Arena, there is another at the Intercontinental Hotel two of the author’s sculptures.

However, it aroused a good dose of controversy in 2001 for a work that we will unfortunately not see today. In front of the Sazka building, the so-called The vice bench, in which he has kneeling woman head on the lap of a sitting man. The sculptural group aroused a riot at the time, similar to when a Czech-Canadian artist discovered another “immoral” person in Toronto in 1978. A bench of love on which two naked lovers “had” to each other, regardless of outragewhich woke up the third sitting woman, who seemed to turn away from them in disgust.

The sculptor of Czech origin Lea Vivot became known to the people of Prague mainly with her Bench of Vice, which at one time beautified the area in front of the Sazka building in Vysočina.

At the turn of 2001 and 2002, she was also in Prague to exhibit several of her sculptures and sculptures. We didn’t like it, and we asked – is there any place in Prague that Lea Vivot would literally dream of for another of her older or brand new sculptures? “since I live near Queen Anne’s Summer Palace, it has long been my dream to have a sculpture just outside Belvedere. Or at least an exhibition, “She dreamed at the end. 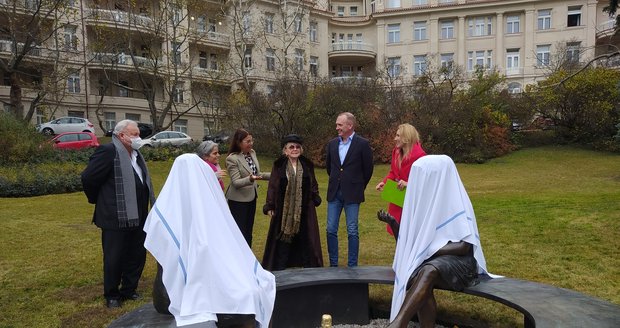 The ceremonial unveiling of the Infinity Bench by the Czech-Canadian sculptor Ley Vivot on the premises of the Institute for Mother and Child Care in Prague-Podolí.

‹ Toulouse: Marengo SNCF station again served by the metro after its closure due to a water leak › Emergencies Ministry: Russia is among the world leaders in the number of deaths in fires – Gazeta.Ru