They ultimately won their case. Tuesday December 14, at 2:30 p.m., a meeting took place between the Prefecture and the associations which managed the homeless people of the Saint-Sernin gymnasium. At the end of a meeting of more than 45 minutes, the delegation obtained the relocation families from Friday. A bus will pick up to take them to a new accommodation in hotels in Toulouse and for an indefinite period.

For Louis Conte, member of DAL31 ask by The Independent Opinion, “that’s very good news”. According to him, this situation will allow these people to build files to obtain stable and suitable housing. And failing to have a positive response, “they will have at least one accommodation solution for the winter,” he assures us.

Occupation of the gymnasium since December 3

As a reminder, these families have found refuge in a gymnasium from Saint-Sernin high school in Toulouse since December 3. In total, 39 people were homeless, including 23 children. This occupation followed a first meeting with the Prefecture the same day. That day, the DAL and several associations requested emergency accommodation for these families within the framework of article L345-2 of the Code of social action and families. But at the end, no solution had been proposed by the Prefecture.

On December 12, the associations organized a cinema screening in the Saint-Sernin gymnasium for the homeless. © / DAL 31

>> READ ALSO: Toulouse: a gymnasium occupied by 39 homeless people, the majority of whom are children

support for families. Several gatherings also took place. In particular the one organized on December 8 by the teachers nine of these children homeless but educated in their establishments. Louis Conte admits, however, to be told about this turn of events “Since the creation of the DAL, we have rarely had a big victory”, adds the activist. According to him, the media coverage of the occupation and the various supports had a strong impact. “It shows that the fight is paying off,” he said. 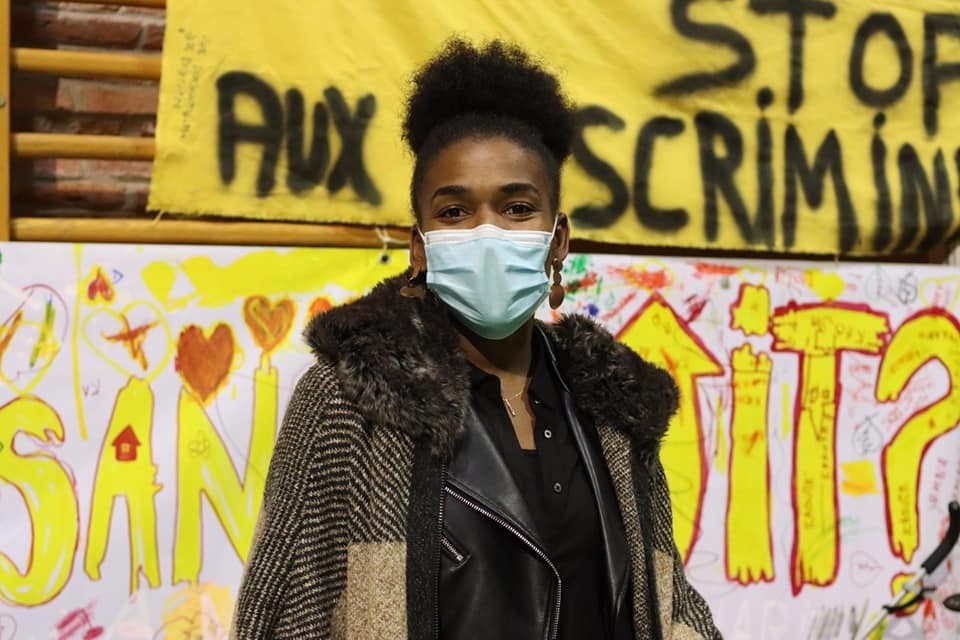 In a press release, the DAL also adds that the fight is not over. “We will make sure that these accommodations will not end overnight,” add the associations.

the gathering scheduled today was also in front of the gymnasium to “celebrate the victory and take a closer look at what happened”, explains Louis Conte. The objective is ultimately to “maintain the balance of power” to claim law enforcement requisitioning empty housing and obtain additional accommodation for other homeless people, thus ending the associations.

>> READ ALSO: Toulouse: the DAL31 is mobilized for the rehousing of a family of refugees

Near Toulouse: the Saint-Pierre-de-Lages cemetery will expand from September

Toulouse: the hiccups during the TFC-Nice match

37°C in Toulouse, 36°C in Montélimar… It will be very hot this Tuesday