Russia endured Canada, and then it became scary! Heroically fought back in the last seconds 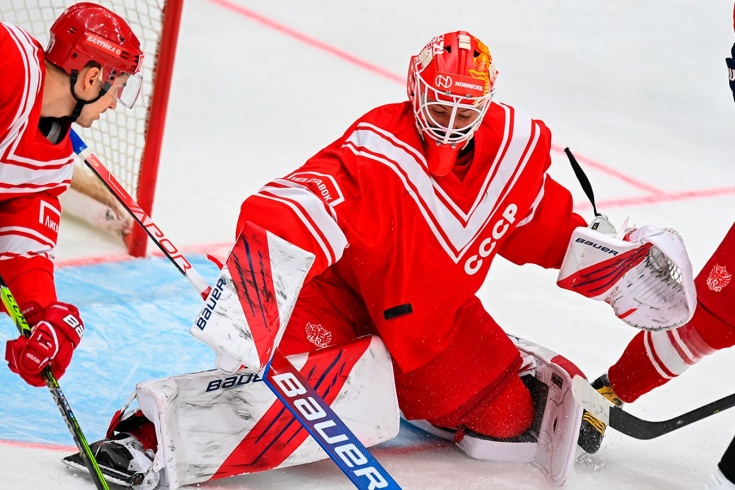 The first match of Alexey Zhamnov as the head coach of the national team ended with the victory of our team. Although it was not without nerves.

The second stage of the Euro Hockey Tour, the Channel One Cup, has started in Moscow. This year, the usual quartet of participants was diluted with guests from North America – the Canadian national team. The pioneers of hockey came to the capital of Russia for this tournament for the second time – for the first time it happened in December 2017 on the eve of the Olympics in Pyeongchang. For the sake of preparation for the Olympic Games, the “maple” regretted this time too – the confidence that players from the NHL will go to Beijing is getting smaller every day, given the latest “covid” news from overseas. Therefore, today’s game, like the entire tournament, could well be called a rehearsal of the Olympics without the NHL.

The team, led by Claude Julien, consists mainly of KHL hockey players – 16 out of 24 Canadians play in our league. Everybody went on the ice today, with the exception of one – Lokomotiv goalkeeper Eddie Pasquale unexpectedly remained on the bench, giving way to Justin Poggi from German “Cologne”.

As for the Russian national team, one of the main stars of Nikita Gusev, the only player who did not take part in yesterday’s training, was not included in the application of our national team. The secrets were revealed, they were not announced by the head coach of the Russians Alexei Zhamnov at the pre-match press conference – Ivan Fedotov took a place at the gate, Yegor Yakovlev became the captain of the national team, Vadim Shipachev and Sergey Plotnikov were appointed his assistants.

The Russian national team played this match in a special uniform, made on the basis of the one in which Soviet hockey players won the first Olympic gold in the history of Russian hockey in 1956. Has it added responsibility to the players? Hardly, but already in the fifth minute the account was opened.

Artyom Anisimov fought on a throw-in, Artur Kayumov forced his opponent to throw the puck on Yegor Korshkov, who was alone in the “slot”, sent it from his knee to the upper near corner of the goal.

This goal helped a little to cool the ardor of the Canadians, whose pressure on the starting segment was quite powerful. At the same time, not to say that the “maple” stopped pressing, but the Russians began to feel much more confident and could have distinguished themselves several times on the scoreboard. In some moments, there was not enough accuracy, and somewhere the Canadians were rescued by Poggy, who helped their team to withstand four minutes in the minority.

But the North Americans took advantage of the first to play too much – in the middle of the second period of sending off Damir Sharipzyanov, Brandon Gormley realized. However, the Canadians did not rejoice for long – in the next shift, not the most difficult shot of Alexander Yelesin caught Poggy by surprise. In this episode, the defender of Lokomotiv was helped by Vadim Shipachev, who closed the review for the goalkeeper of the Canadian national team.

And six seconds before the second break, the advantage of the Russians increased to two goals – from the fourth attempt, our team realized the majority, having punished the Canadians for the removal of Taylor Beck through the efforts of Nikita Nesterov.

The final one began with a quick goal – Kirill Marchenko took advantage of Poggy’s gross mistake when he took the puck from the goalkeeper and addressed it to Shipachev. Tom could only get into an empty net – Vadim coped with this task perfectly well.

It would seem that the Russians took out the Canadians, but then it became scary. Closer to the middle of the period, the Canadians played one goal. Vyacheslav Voinov missed Korban Knight in the lead, who, having come out together with Daniel Odette to one Damir Sharipzyanov, made a transfer to the Vityaz forward – he did not miss.

The ending turned out to be quite nervous, especially for the Russian national team. The teams played hard, without rent, and the Canadians began to press in the same way as they did at the beginning of the match, feeling that there was still an opportunity to return to the game. “Maple” began to own the puck more often in our zone and very tightly pressed the Russians to the goal. However, Fedotov, who was recognized as the best player of the Russian national team in this match, could not be pushed through until Claude Julien decided to release the sixth field.

For a minute and a half, Eric O’Dell reduced the gap between the “maple” ones to a minimum, but the Canadians weren’t enough for more, although they still had chances. Through the efforts of Fedotov, the Russians heroically fought back in the last seconds. 4: 3 – the Russian national team wins the first match of Alexei Zhamnov at the helm of the national team. Tomorrow she will have to play with the Swedes.

‹ Danish priests will not shut up about fear and bullying in the Danish National Church – Vårt Land › PHOTOS – Kate Middleton, Stephanie of Monaco: the most incredible Christmas sweaters of the gotha