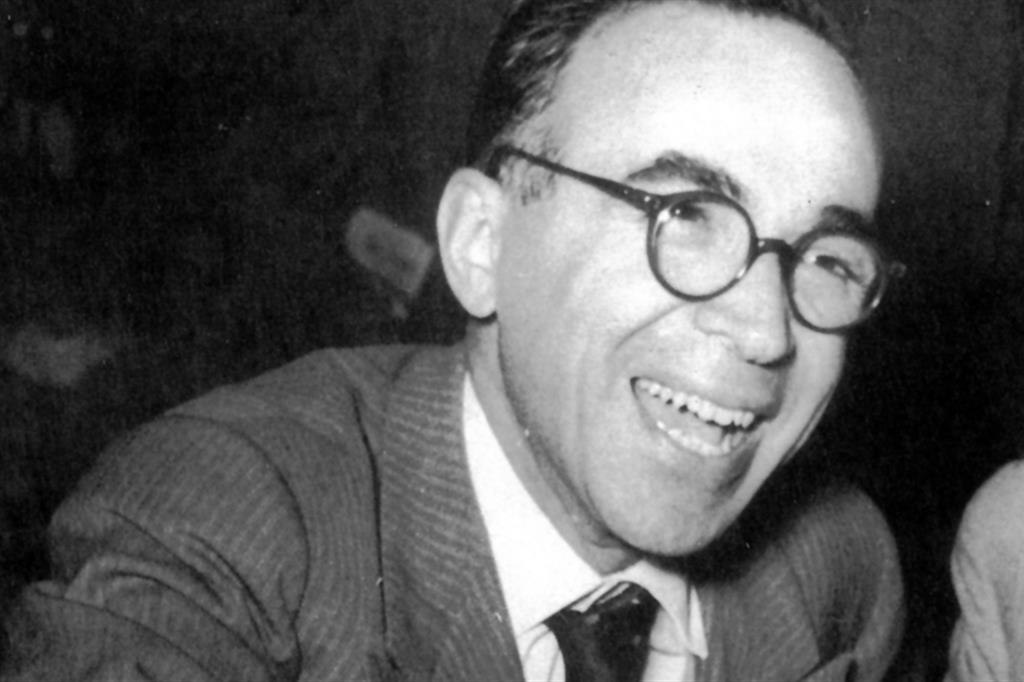 The years of Giorgio La Pira’s first term as mayor, 1951-1956, were for Florence years of great renewal on several levels: political, economic, cultural, administrative. In support of the mayor, personalities beyond the norms, but with precise convictions and will, a newspaper moved now, of which now this book: The ‘Newspaper of the Morning’ by Ettore Bernabei, edited by Pier Luigi Ballini (Polistampa, 672 pages, 38.00 euros) makes an accurate Spoglio, entrusted to scholars who approach the newspaper from various perspectives: as an innovative journalism laboratory, for ecclesial aspects during the Dalla Costa episcopate; on the complex international scene in times of the cold war and the Korean crisis; on the culture of its third page; on music criticism and in the face of the administrative decisions of La Pira mayor.

Reading in particular the essays by the curator Ballini, on the Degasperian line of La Pira, and by Federico Mazzei, from centrism to the post-Degasperian neo-centrism of the newspaper, one realizes an evolution that in Florence proved to be particularly creative in terms of politic. ‘Il Mattino dell’Italia centrale’ was born from the end of the resistance newspaper ‘La Nazione del Popolo’, an expression of the Tuscan CLN, after the elections for the Constituent Assembly, bringing with it Christian Democrat and liberal editors, such as Ettore Bernabei, Angiolo M. Zoli , Sergio Lepri and Hombert Bianchi. The social-communist component had instead founded the ‘Nuovo Corriere’, with director Romano Bilenchi and great cultural ambitions: a competition that naturally worsened during the civic administration of the left, between ’46 and ’51, and the epochal clash of April 18, 1948. From epochal of April 18, 1948. March ’47 had revived ‘La Nazione’, with precedent right on the minor newspaper that was printed with the same presses.

The first resources of the newspaper had been found by Renato Branzi, exponent of Florentine Catholic anti-fascism, also with the direct help of Monsignor Montini, while the first direction was entrusted to Cristano Ridòmi, coming from the ‘Corriere della Sera’, called however by De Gasperi in Rome in May ’51 as his press officer. At that point he is succeeded by Ettore Bernabei, former editorial secretary, who starts a new course of the newspaper in the time of an electoral campaign that takes place with the system of the ‘apparitions’ of the DC with the minor democratic parties in order to conquer important cities and then stabilize in the center the Degasperian government. Operation that will work, with Florence, but also Milan, Turin, Genoa and Venice.

Both Ballini and Mazzei, a coincidence of vision between Pira and De Gasperi, who saw, in ’51 as already in ’48, an epic struggle between freedom and totalitarianism For La Pira Florence is «a Christian city, irreducible to Marxism». And De Gasperi is in Florence on June 20, 1951, where he praises La Pira, a living example of charity in a Florence, a symbol of union between new humanism and Christianity. He has just been elected mayor thanks to the prize of the just elected, 40 seats in DC and allies, and perhaps also to the decision of the independent socialists (the group of Si and Codignola) that by not accepting any apparent, and by electing only the ‘mayor of liberation ‘Gaetano Piraccini, determine the failure of a new frontism in Palazzo Vecchio.

La Pira, who resigns as a deputy, will be generous with the ‘minors’ in appointing councilors. The program of the three solidarity values ​​starts: work, home, freedom, and what will be the mission of Florence, communicated by the mayor to the consuls and annually celebrated since ’52 with the ‘International conferences for peace and civilization’. Bernabei with his newspaper supports the Lapirian plan which he considers a continuation of that “third social period”, begun by Fanfani and La Pira with the house plan, and which, with Fanfani as new minister, intends to continue the agrarian reform begun by Segni and push towards full employment.

The Florentine newspaper took the new name, ‘Giornale del Mattino’, in December ’53: it has always supported De Gasperi on the issues of the defense of the state and in the majority perspective in the elections of 7 June, a centrism seen as: “finalized and controlled pluralism with Dc guide “. This definition will be in the speech that La Pira will give in the commemoration of the statesman from Trentino at the Municipal Theater of Bologna on 5 September ’54. The support to the secretary Fanfani as the successor of De Gasperi, common to La Pira and Bernabei, will characterize the Florentine newspaper, but the ungenerous revolt of the ‘laity’ after 1953, with vetoes for the government of De Gasperi, Piccioni and Fanfani , and the grip of the ‘secular’ themselves on the Scelba government, will lead the Florentine DCs to search for something new. Finally, it will be believed that it has been found, especially after Gronchi’s election to the presidency of the Republic, in May ’55, in Segni, with his ‘wait-and-see centrism’ and his steps on the Constitutional Court, State holdings, Eni control over hydrocarbons.

The reasoned reading of those of the ‘Giornale del Mattino’ makes passing years very complicated. While the signatures grow (Paolo Cavallina, Domenico Sassoli, Gian Paolo Meucci, Angelo Gaiotti, Silvano Giannelli…), names that hide new authors also appear. Certainly the case that the book highlights most is that of Gabriele De Rosa, who first signed Ernesto Magistrati and then Bruno Torres. In the Christian phase, without controversy, from the PCI, to which he had joined in ’45 after the end of the Left, and after various assignments in the foreign service of ‘L’Unità’, De Rosa was now putting his experience at the service of the Florentine newspaper as an international observer with historical-political interests. And the need to frame problems of foreign policy as well as economic and social policy will find favorable conditions in the Florence of La Pira, starting from a vision of peace different from the ideological one of the ‘partisans of peace’, as in the fight against unemployment. in the relaunch of the Pignone.

Faced with a certain rigidity and directivity assumed by Fanfani as DC secretary, the Florentine environment will show an original intergenerational openness, where the ‘elderly’ Gronchi, Piccioni, Gonella, Segni will continue to dialogue with the young. This was the great merit, alongside La Pira, of a 25-year-old who came to the Florentine vice-secretariat at the head of many of his peers, Nicola Pistelli, with a strong religious sensitivity as well as a strong sense of secularism in politics. He will suggest to La Pira to press Fanfani to strengthen the press: levers as important as the economic-financial ones.

Mario Giovannoni will begin in the ‘Giornale del Mattino’, on a polemic line against private monopolies, to “file the power of the baronies” (themes acquired from the culture of DC youth groups). He will accompany La Pira to his second term, where he will be re-elected mayor not without difficulty among the ‘laity’, after having led a DC recovery and having obtained thirty-three thousand preferences, against nineteen thousand in ’51. After the administrative ones, in the summer of ’56 Fanfani will call Bernabei to Rome to direct and relaunch the party newspaper ‘Il Popolo’. In Florence, the ‘Giornale del Mattino’ will continue in various stages until 1966. In the meantime, ‘Politics’ was born, directed by Nicola Pistelli, a weekly aimed at young people, with a national range.

Mid-August at the museum, all events in Tuscany and Florence