Prague has allowed a record number of flats this year. But it will not cover the demand

This year, almost six thousand Prague apartments received a building permit. According to data published by Central Group, Prague has thus sent the highest number of flats for construction since 2007. Nevertheless, the pace of permits is the slowest of all Central European cities. Therefore, apartment prices will continue to rise next year. However, the increase in prices is expected to slow down in Central Group, the largest player in the residential real estate market.

“The pace of permitting new flats is still not enough. This year, Prague has approved 5,952 flats, but in order for the market deficit not to increase further, we need to allow ten thousand. Various regulations will not improve the situation, “said Dušan Kunovský, owner of the Central Group development company. However, the way to increase the number of permitted flats is not yet through the new Building Act. “The new building law must first be amended on controversial points,” said Michaela Tomášková, the company’s executive director.

One hundred and thirty thousand flats with a total value of 1.2 trillion crowns are now being prepared in Prague. In the long run, most is built on brownfields in the territory of Prague 9, which results in higher financial availability. Sales prices there are on average nine percent lower than the Prague average. The price per square meter in Prague 9, as in the only part of the city, is below one hundred and thirty thousand.

Despite high prices, this year’s number of flats sold will exceed 7,000. The real estate market recorded a record year, even though housing affordability fell sharply again. While apartment prices have risen by a fifth, according to figures released by Central Group, Skanska and Trigema, people have only improved by five percent on the payroll. The average Praguer in sixteen years earns money for an apartment with a floor area of ​​seventy square meters. 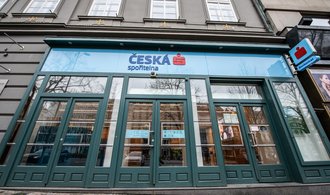 However, the growth of apartment prices should slow down next year. “The market is currently difficult to predict for me, but we expect a slowdown in price growth. Offer prices will rise to ten percent, we expect sales prices to be about five percent higher, “said Kunovský.

Housing crisis: Why are flats and names so expensive in the Czech Republic?

‹ Ambassador says China wants more partnerships and cooperation with Portugal › Prague Main Railway Station has been serving passengers for 150 years. It was named after the emperor and the American president – ČT24 – Czech Television