The construction of “Takeši Castle”, as internet jokers call the new villa of Tomia Okamura, which has been growing in Prague’s Břevnov since 2018, is complete. Tomio Okamura presented that its atypical building, which is criticized not only by its neighbors or the general public, was designed by the renowned Swiss architect Christian Kerez. Does the exceptional villa fit into the surrounding buildings and why does the building meet with a negative response from the public? Architect Tran Anh Tuan answered these questions for Pražská Drbna.

A controversial construction for twenty million in Břevnov

The luxury villa Tomia Okamury with an area of ​​431 square meters is worth 20 million crowns and offers eight bedrooms, six study rooms, six halls, five toilets, three bathrooms, three dining rooms and six living rooms. There will also be a garage for up to five cars. The house was built in 2018. “It is not my fault, but the world-renowned architect Christian Kerez. I nodded because I liked it. “ stated for ŽivotvČesku.cz Tomio Okamura (SPD).

Villa Tomia Okamury from the workshop of the famous Swiss architect Christian Kerez provoked a great response and controversial reaction among the public not only due to its owner, but due to its special shape, which consists mainly of tubes of different heights and diameters.

Pavel Novotný does not need to be introduced. The “Boulevard Worker at Rest”, as he is called on Facebook, no longer causes wrinkles on the foreheads of celebrities. Since last year, he has been leading the Prague district of Řeporyje as mayor. He himself admits that he is now experiencing one of …

Does Okamur’s house fit into the surrounding buildings?

Břevnov, where a building with a façade made of gray masonry stands, is characterized by its family and villa houses. Its appearance reveals that the interior construction consists exclusively of circular rooms. “At first glance, the villa is exceptional, extravagant, the architect Kerez apparently, in collaboration with Mr. Okamura, put forward ideas about the composition of different height levels and unusual shapes in combination with flat roofs,” described the construction for Pražská Drbna Tran Anh Tuan.

Okamura’s neighbors claim that the building does not fit into the surroundings, protrudes from it and looks too foreign. “The fact is that its size fits into the existing development, it can be said that there are even more buildings in the area with more space or a flat roof. Despite the initial problems with the building permit, the three-storey villa thus complies with mandatory regulations, namely the Prague Building Regulations, which also limit the height level, “ counter Tran. 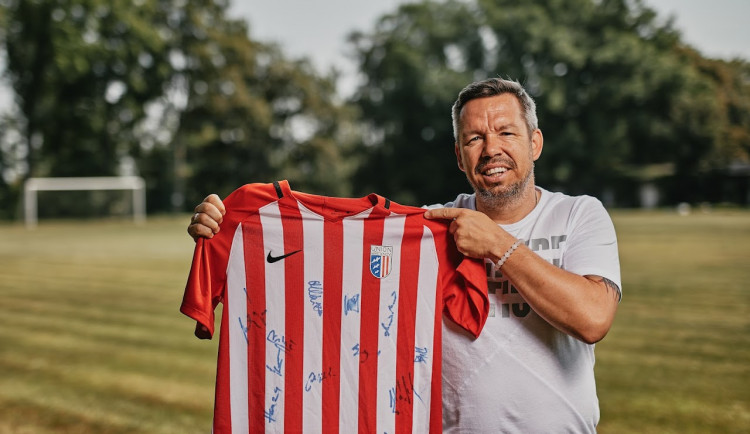 Football had an old tradition in Prague’s Břevnov, but it was lost in 2006, when the last Břevnov club, FC Dragoun, disappeared. The locals now want to continue the football tradition of Břevnov, they founded the SK Union Břevnov club and use …

Comparison with the Eiffel Tower or the Dancing House

The editorial Slovak architect has mixed feelings about the building. “Although I personally like the experimental and bold architecture, I’m not sure if it’s a hit in this case. The cluster of tubes of different heights seems chaotic, ambiguous, which I perceive as an untapped potential at the house on the corner plots in relation to the corners and the public space. But that may change over time, as will the garden, which is an integral part of the overall design. ” gives his view on the Tran Anh Tuan case.

However, the building is still just a house for private living. “The success of the house will be primarily determined by the quality of the interior and the satisfaction of its inhabitants,” Tran challenge. “It can be said that special buildings initially meet with a rather negative response. Only with the passage of time can it be judged whether they will be accepted by the locals or not. Not every building has the potential to become part of the city, as is known, for example, at the Eiffel Tower in Paris or at the Dancing House on the Rašín embankment, ” concludes architect Tran Anh Tuan.

‹ Toulouse. Jobs, activity, finances … How the Covid halted the dynamics of the aerospace industry › castles and manors in the Netherlands