“This is a great opportunity for many debtors to break out of the debt trap from which they will not escape,” said Councilor Hana Marvanová (STAN), assessing a month and a half since the start of the event. People run from October 28 to January 18, and politicians and people in need repeatedly point out so that people find out about this possibility and, if necessary, use it.

She pointed out that half the deadlines have passed for people to get rid of their debts to public institutions. According to the councilor, Prague is trying to inform all people who may be affected as much as possible. She set up an information line at 800 100 000.

The largest number of debts is at the Transport Company of the Capital cities with 173,000 executions and debts worth more than 180 million. According to Marvanová, the number of inquiries from people asking about a gracious summer is growing. She also pointed out that a large amount also applies to foreclosures rent arrears for apartments or non-residential premises. “We record almost 2,000 debtors with a principal of 128 million crowns,” Marvan said. According to her, people often do not realize in rent that it is possible to get rid of debts, which was originally only a few thousand crowns, but gradually increased to tens of thousands in interest on arrears.

The Prague councilor and MP Partik Nacher (YES), who is one of the proposers of the law that covers the whole event, stated that it can be used for joint stock companies in the capital for 182,000 executions, for contributory organizations for 6.5 thousand executions and municipal unions for more than five thousand executions. “In total, we are somewhere around 194,000 executions that can be resolved through a loving summer,“He stated the debts to the city society at the municipality.

A gracious summer for black passengers: The criticized executor has resigned, he will not charge a double fee

Nacher himself deals with cases where he is approached by people who want to get rid of their debts. For former cases of debts with a transport company, Pražská plynárenská i PRE, which is still of the opinion that it does not belong to the event. However, the company’s director Pavel Elis would, according to Nacher he wished PRE to take part as well. “I benefit them,” he noted. He added that the gracious summer is not only beneficial for borrowers, but also for creditors. In fact, they often do not even receive a crown from debtors in recent years, and in this way at least the principal is returned to them, which is why some private companies, such as banks, also take part in the event.

Like Councilor Marvan, she asks the debtors concerned to settle their debts and not leave them to the last minute, because they only have time until January 28. “You often get rid of debts that are ten times the principal.” warned.

The information campaign launched by Prague praised David Borges of the non-profit organization People in Need, which helps people deal with their debts and has also organized a public fundraiser to help those who do not pay their debts. It also operates an information line at 770 600 800. “We were shocked by the number of applicants every 90 seconds a man called to discuss the gracious summer“He said. According to him, the vast majority of executors behave, but there are also cases when they do not respond to people’s requests, so it would be appropriate to return to this in the future.

People don’t have to pay for it

Marvan also pointed out that some people may not have enough money to pay off debts, because there is not much time and they have to pay the debt by January 28. “I am afraid that for some people who call us, this has not been possible because they are raising funds“She said. According to her, it should be considered that the event could be repeated at some point in the future.

Patrik Nacher pointed out that if all those concerned were to settle their debts to public institutions by means of a gracious summer, it could be a third to a half of all people in executions. 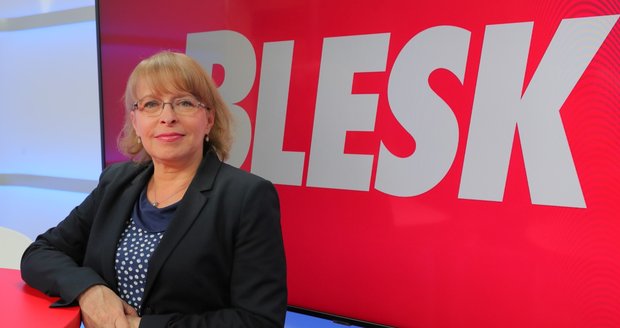 ‹ In Prague, water and sewage will become more expensive due to more expensive water from Želivka and Káraný › Toulouse: a novel written by… 107 BTS students