This year, five clubs were still fighting to improve their position, Plzeň and Slovácko were already eliminated in the preliminary rounds, and only the Prague Sparta, its rival Slavia and the North Bohemian Jablonec nad Nisou received the coefficient in the basic possibilities.

All three teams are ahead of the final group event in the game of football spring, but at the same time, the cup fair of the year 2021/2022 can end tonight with the complete trio.

Football shakes in the spring in Europe. A draw is enough for both Sparta and Slavia to advance

Although Sparta, Slavia and Jablonec will fight “only” for participation in the playoffs of the Conference League, but even that would mean both sporting success and the benefit of considerable sums of money. Last but not least, the preservation of the hope that five Czech men will return to Europe this year after a one-year break in 2023/2024.

Hope still lives here, but tonight can definitely ruin it. Six nations are fighting for the key fifteenth position, and ours is currently the worst of all. Croatia, Denmark, Cyprus, Turkey and currently 15th Greece are losing ground in 20th place. Just for fun, it is 0.350 points that separate us from the Greeks, while the Czech coefficient can earn 0.400 points for a single evening win!

The number of teams with which each country went to this season is given in brackets. It is this number that divides the number of points earned. For example, the Czechs again add 0.200 points to the coefficient for each. 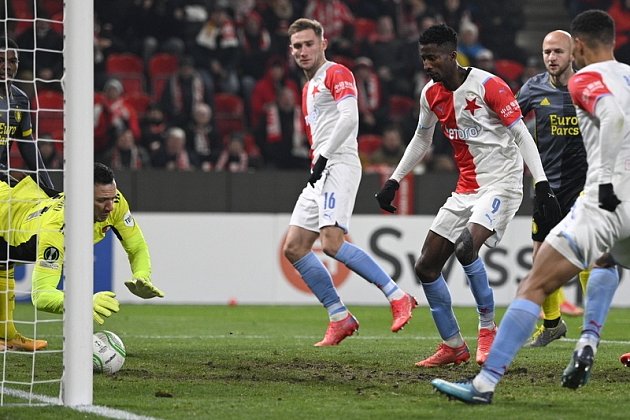 Slavists in Cup EuropeSource: CTKIt should be mentioned that, with the exception of the seventeenth Cyprus, all Czech competitors have at least one promotion point (Croats) secured in advance until the spring, Turks, Danes and certainly Greeks exactly two. It would be useful not only to add points tonight, but if possible to secure similar conditions for the spring part as the competition has.

The fates of Sparta and Jablonec are very important in this regard. Both clubs have Danish teams in the group as rivals (Bröndby Copenhagen and Randers). If they manage to eliminate, the Northerners will be left with only FC Copenhagen and Midtjylland for the spring, otherwise the Danes will go to the elimination battles with four of their representatives, which would make the year hot candidates for the fifteenth position and thus five teams in 2023/2024.

Therefore, if the complete Czech trio ends their autumn pilgrimage with a failure in the group phase today, our domestic competition will definitely lose its fifth representative in Europe not only for next season, but suddenly for two in a row.

Chelsea peeks at Souček. He absolutely impressed me, Tuchel melts away

‹ Ukraine needs to adopt an anti-corruption strategy, address the head of the CAP and complete judicial reform › Red Bull Salzburg: Fuss about Instagram video from the dressing room