Dubai’s formerly strategic location became partly a disadvantage during the pandemic, as the aviation crisis knocked down long-distance years in particular. At what time is the gradual resumption of flying within the Emirates group taking place?

Dubai’s location is and always will be strategic. It is located in the middle of the world’s major flight routes, and it is from Dubai that the world’s metropolises – whether to the west or east – can be reached in a few hours, which other transport hubs cannot say about themselves. We are already ninety percent of our pre-crisis network, and the number of destinations will soon be where it was before the crisis. The prospects, as we have become accustomed to over the last two years, are relatively promising in the long term; in the short and medium term, we can respond smoothly to any changes and restrictions in the government.

How is the restart in Prague?

The Prague line is doing very well, especially in business and first class. Our goal for next year is to try, together with our authorities and tourist offices in individual regions, to get tourists to the Czech Republic in the main, ie summer.

At what level are the new destinations for Prague-Dubai flights compared to 2019?

I can’t give specific numbers, but as I said, the Prague route to Dubai has good results, and if you look at the statistics of Prague Airport, Dubai has long been among the top destinations in the number of passengers transported from Prague. Demand for flights from Prague to Dubai is at a good level, especially in connection with the current winter season for exotic holidays and the EXPO 2020 World Exhibition in Dubai.

In our last interview in the middle of 2018, you mentioned a possible possible deployment of the second A380 daily on Prague-Dubai flights. Is the return of at least one A380 conceivable in today’s reality?

The return of the A380 to Prague is not yet planned, however, the demand for our flights is rising. What is not today may be tomorrow. Of course, we want to get the A380 to Prague again, this is our flagship. It is a great aircraft with a very high standard cabin and flight quality. In addition, it is very economical when used properly. The A380 always returns to where there is a strong demand for our flights, whether today it is, for example, Great Britain, Russia or other destinations.

The A380 is gradually ending in some airlines’ fleets. Can the Boeing 777 be an equally powerful marketing tool in the future?

On the contrary, the A380 is gradually returning to some airlines, where they were convinced that it would be phased out. This type of aircraft cannot just be replaced. Where large numbers of passengers need to be transported over long distances, the A380 is the ideal type. It will continue to play the role of flagship for Emirates for a long time to come. However, even the Boeing 777 is a great aircraft, offering other uses. For example, for freight transport. In addition, it has the longest range.

There is considerable interest in modern aircraft that can handle long routes by direct flights. At the same time, Dubai’s strategy was based on a stopover, it wanted to profile itself as a world crossroads. How do you see the future?

Our network of destinations, one of the most numerous today, optimally connects the world not only between major cities, but also between smaller destinations in different countries. Our goal is not only to fly between metropolises, but to help passengers to correct themselves with only one offense, even in smaller agglomerations, so that in a given country they do not have to change again to a smaller city.

An example is Manchester or Newcastham in the UK. Our greatest strength is the number of destinations around the world. Offering flights from New York to Newcastle, for example, might not make economic sense. But if you fill the line in Dubai with passengers from other countries, then such a line makes a lot of sense. 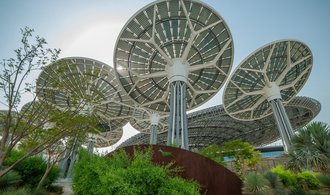 Introduce the new premium economy travel class, what do you promise from it? Can it cover the loss of business class income?

Premium economy is a big news. It is intended to supplement the portfolio of our classes so as to offer, in particular, economical passengers much greater comfort, more seats and a wider range of food and drink at a slightly higher price. A total of 105 aircraft from our fleet will be equipped with this new class from November next year. According to all the reactions so far from various markets, the introduction of a premium economy is eagerly awaited. We in Prague hope to be able to bring this news to us soon.

Freight transport is essential for us. During the pandemic, we were able to adapt quickly to the changing business environment – on the one hand, we strengthened our cargo capacity globally and maintained business relations, and on the other hand, we introduced so-called mini-freighters. It is a passenger plane, from which we removed the seats, so they used the deck for passengers to transport cargo. 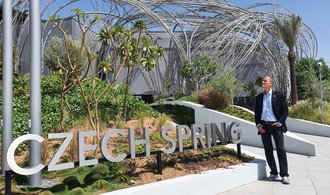 Do you anticipate that in the future, the ratio between passenger and fast freight transport will increase in favor of freight also due to its growth of e-commerce and the associated demand for cargo?

On the contrary, with the increasing number of passengers, the ratio between passengers and cargo on the plane will slowly return to the original numbers.

Emirates President Tim Clark told the Dubai Airshow that it is very difficult to recruit staff who lost their jobs during the pandemic: pilots, flight attendants or technicians who have often left the profession for good in the meantime. For example, one A380 requires 24 crew members and two pilots. Do you encounter this problem in Prague?

This applies to our headquarters in Dubai, we do not hire any crews in Prague. At present, the headquarters has up to 6,000 job openings, including pilots, flight crew members, engineering specialists and ground staff for airport services.

Recently, free travel to the USA has reopened for the Czechs. In today’s reality, is it possible to introduce a line from Dubai to the American continent with a transfer in Prague?

No, unfortunately, the introduction of such a line in today’s reality does not make sense.

Elijah or Berger will motivate children. They will go by bike from Prague to Split

‹ Six are hospitalized with omikron in Denmark. Well, new, strong initiatives are coming. › The hybrid farms will be installed in Lisbon and surroundings